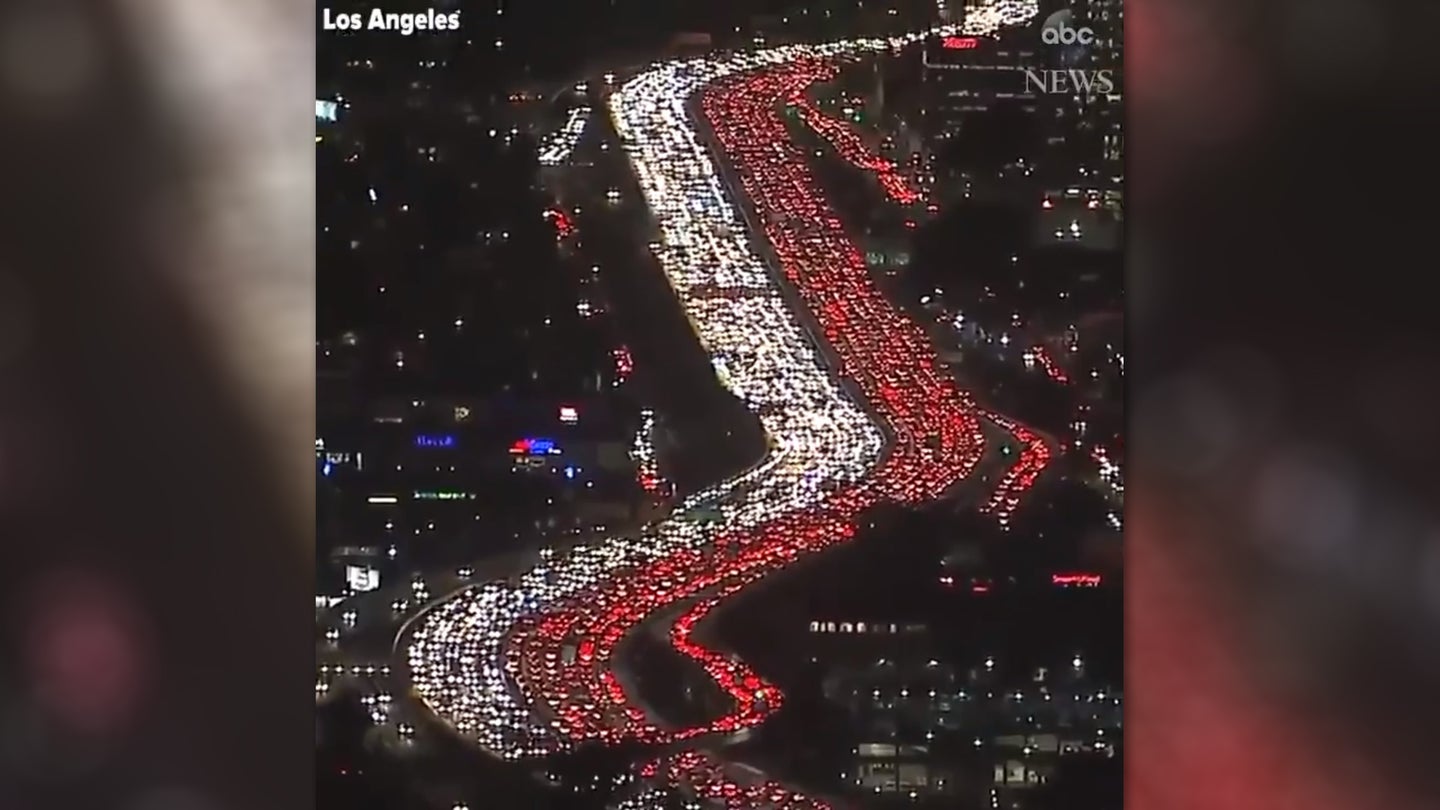 With an estimated 45 million Americans hitting the road to visit family or friends for Thanksgiving this week, chances are you're one of them. And if you happen to live in Los Angeles, chances are you're still sitting in this massive, bumper-to-bumper traffic jam caused by people trying to get a head start on holiday travel on Tuesday night. Don't you hate it when 4 million people have the same idea?

The traffic in Los Angeles is generally the stuff of legends, but it's hard not to be impressed (and horrified) by the near-gridlock conditions seen on and around Interstate 405 during the evening rush hour. A helicopter crew working for ABC News captured the incredible light show, which doubles as both a handy argument for Uber's vision of flying taxis and Elon Musk's plan for a network of subsurface transit tunnels in the city.

Traversing the entire Los Angeles basin, Interstate 405 is one of the busiest highways in the country and regularly grinds to a halt in rush hour traffic on a good day. On a busy, pre-holiday travel day, it can take hours to cover a measly few miles, and the spillover onto surface streets can plunge surrounding areas into gridlock. CNN also had an aerial crew fly over the mess on Tuesday, showing the full extent of the jam.

AAA previously predicted that Tuesday evening would be one of the worst times to drive anywhere around the country this week, with drivers taking an average of 2.5 times longer than normal to reach their destinations. Oh, and Wednesday night won't be a picnic either. Basically, if you're reading this, ideally you're already where you need to be. If not...might want to get a move on.