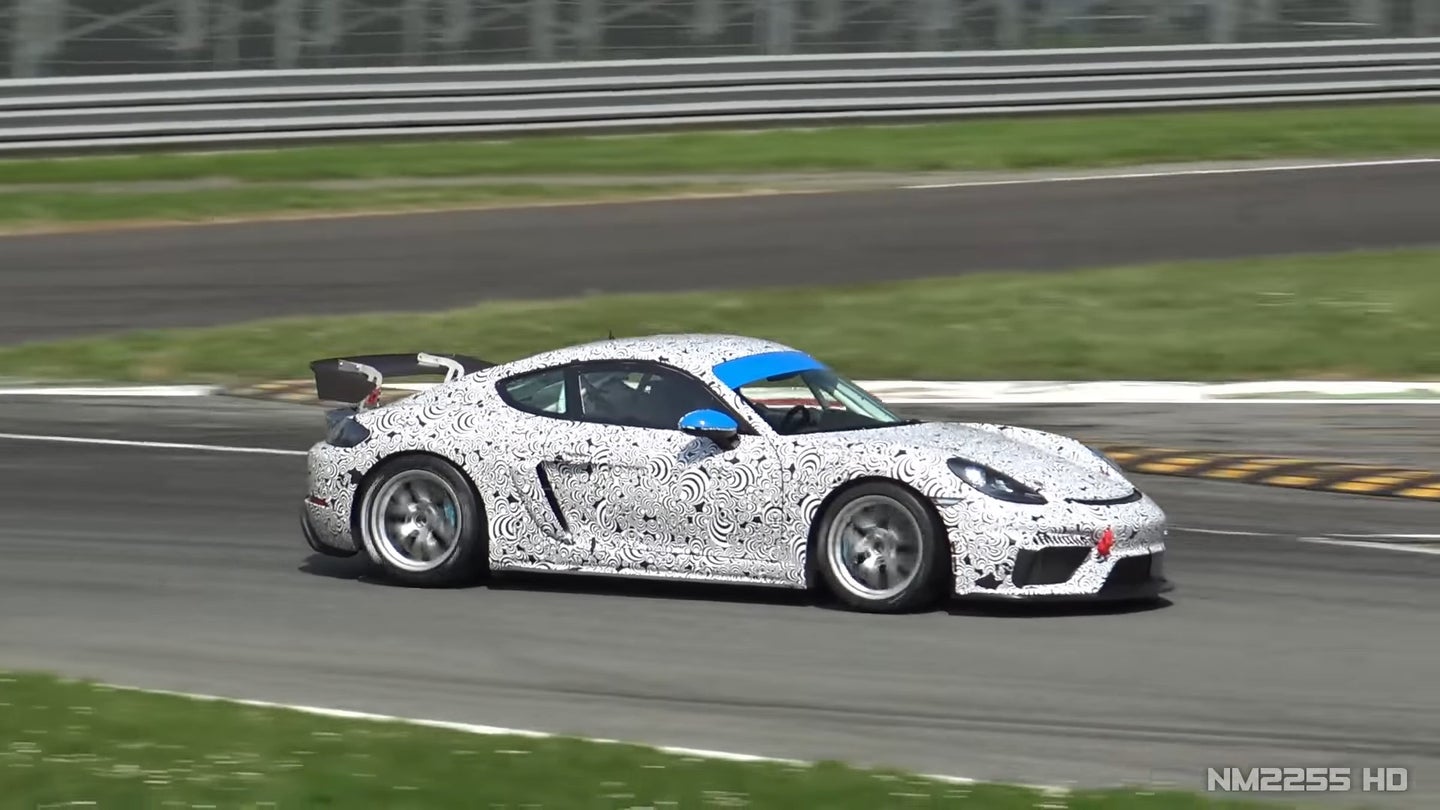 Rumors have been circulating that Porsche will build a new iteration of the Cayman GT4 for 2019, based of course on new 718 Cayman. While we eagerly await news from Stuttgart, Germany about the second generation of the Cayman's track-happy sibling, we can also look forward to the bigger, badder brother, the Cayman GT4 Clubsport, which has recently been spotted testing at Monza.

A YouTube video uploaded by NM2255 Car HD Videos shows what appears to be the new 718 Cayman GT4 Clubsport testing at an exclusive Porsche testing session at Monza. The 718 Cayman-Boxster duo marked the first time Porsche's two mid-engined offerings received a turbocharged flat-four engine instead of a naturally-aspirated flat-six, but the new GT4 and GT4 Clubsport will apparently gain those two cylinders back.

According to the description, the 2019 GT4 Clubsport will get new aerodynamic parts (like that massive wing on the back) and a PDK gearbox, which you can hear firing off a series of lightning-quick downshifts before each corner. Or maybe you were too distracted by the raspy moan of that six-cylinder escaping from the Clubsport's new dual exhaust?

Of course this video raises more questions than answers, as that exhaust note sounds a little different than a typical naturally-aspirated flat-six wail––it seems as though the GT4 kept the 718's turbocharging at least. We'll just have to wait for Porsche to officially take the camouflage wrap off the club racer, and going by the unveiling of the original GT4 Clubsport at the Los Angeles Auto Show, that won't be until December. We reached out to Porsche regarding these concerns, but the company is keeping its lips sealed until the car debuts in full.