How Does Police LiDAR Work?

Officer 401 just took a class about it and shares what he learned. 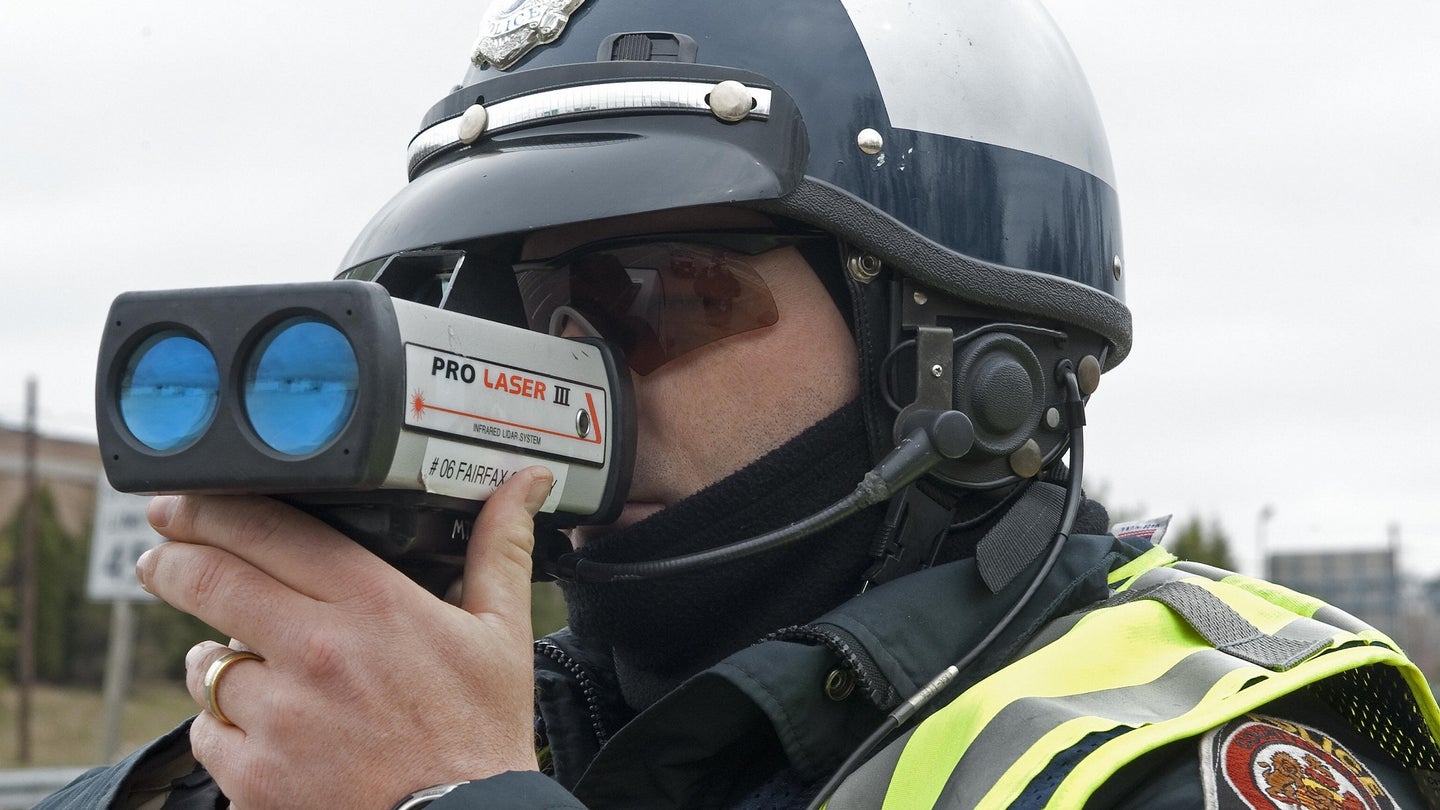 If you use a radar detector, you probably know that if you detect police radar you probably have a chance to slow down and avoid being caught, but if it detects laser it's already too late. Why is this? YouTuber Officer 401 just took a class about police LiDAR and shares what he learned in a video.

LiDAR is an acronym for Light Detection and Ranging. It operates similarly to radar. It sends out a beam of energy at a certain frequency. Part of this beam gets reflected back to the gun by the targeted vehicle. By using the Doppler effect and comparing the difference in frequency between the transmitted and received beams, the unit can calculate the speed of the target vehicle.

Since LiDAR and radar work on the same principles, what makes LiDAR so much more of a "gotcha" than radar? When both devices transmit their signals, the beams spread out into a cone rather than a single point. By the time radio-based radar reaches a car 1,000 feet down the road, this cone has expanded to the width of the entire highway. Any vehicle in that cone could be the one reflecting the signal back to the radar gun. This opens up the possibility that the police officer writing the ticket may be citing the wrong car, and this is easily fought in court.

Laser, though it still spreads into a cone, spreads much more slowly than radar. This means that a LiDAR gun enables an officer to pinpoint a specific vehicle, even on a congested multiple-lane highway.

In either case, radar and LiDAR are not supposed to be the primary means of enforcement. The officer is supposed to watch you first to determine your speed visually, then use radar or LiDAR to validate that estimation. In the case of LiDAR, the officer has already been watching you when he pulls the trigger, which is why your goose is cooked instantly if you were already speeding.

There's a great deal more information about LiDAR in the video, such as how the LiDAR gun being on the side of the road rather than directly in your path means that the detected speed is slightly slower than your actual speed thanks to the cosine effect. And while radar jammers are banned by federal law, laser jammers are regulated on a state-by-state basis and are actually legal in many places. Just don't try it in Britain.