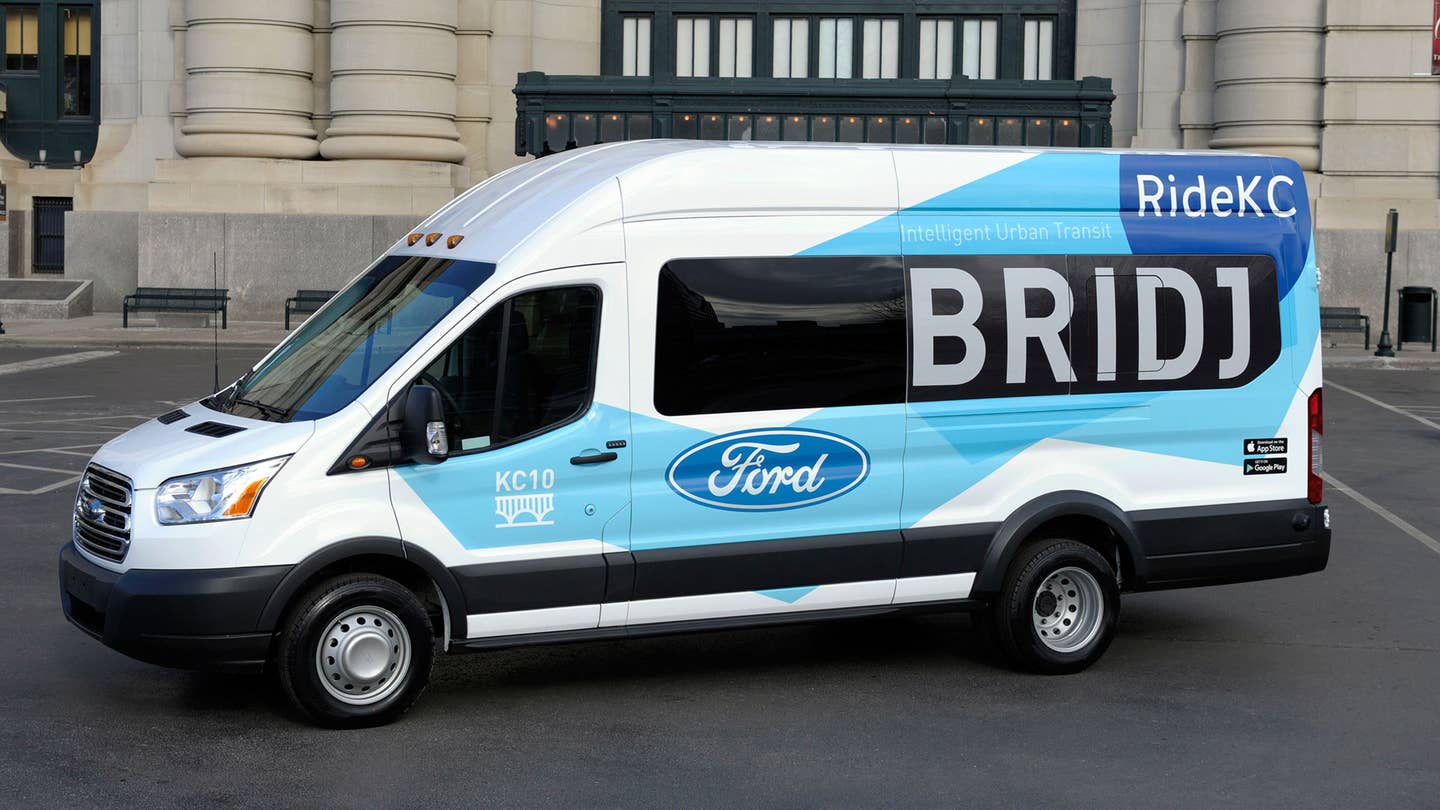 It takes but five letters and a hyphen on adjectival duty to make anything exciting: “pop-up.” For proof: even the grim human freightage of public transportation instantly begets adventure in the phrase, “pop-up bus service.” That’s the description used for the Boston-based startup Bridj, which has established customized shuttle services in Boston and Washington, D.C. over the past two years. Its next stop is Kansas City, Kansas in partnership with Ford and the Kansas City Area Transportation Authority (KCATA) to begin a one-year pilot program starting in March.

Bridj founder and CEO Matthew George cited a Brookings Institute finding that “Only 18 percent of jobs in the Kansas City region are accessible within 90 minutes when using existing mass transit options,” so the project’s aim is to connect more residents with more of the area’s job centers. It will augment the city’s present transportation options by focusing on areas underserved by public transport. Yet unlike in Boston and D.C. where a ride can cost from $2 to $6, a KC Bridj ride is only $1.50, the same price as a city bus.

How does it work? Opening the Bridj app shows the areas currently being serviced, you input a pickup location and destination, and the app lets you know if a Bridj shuttle is available. Assuming one is, ideally you won’t wait more than ten minutes for the Transit van to arrive, and you’ll be picked up and dropped off within a ten-minute walk of your original location and final destination. In between, the shuttle’s route constantly adapts to service other app users. System-wide, the Bridj service zones shift and flex based on crunching millions of data points from sites like Google Earth, Facebook, Foursquare, and LinkedIn “to determine how a city moves” – i.e., where the people are and where they need to go.