Self-Driving Ford Vehicles Might Deliver Your Next Walmart Order 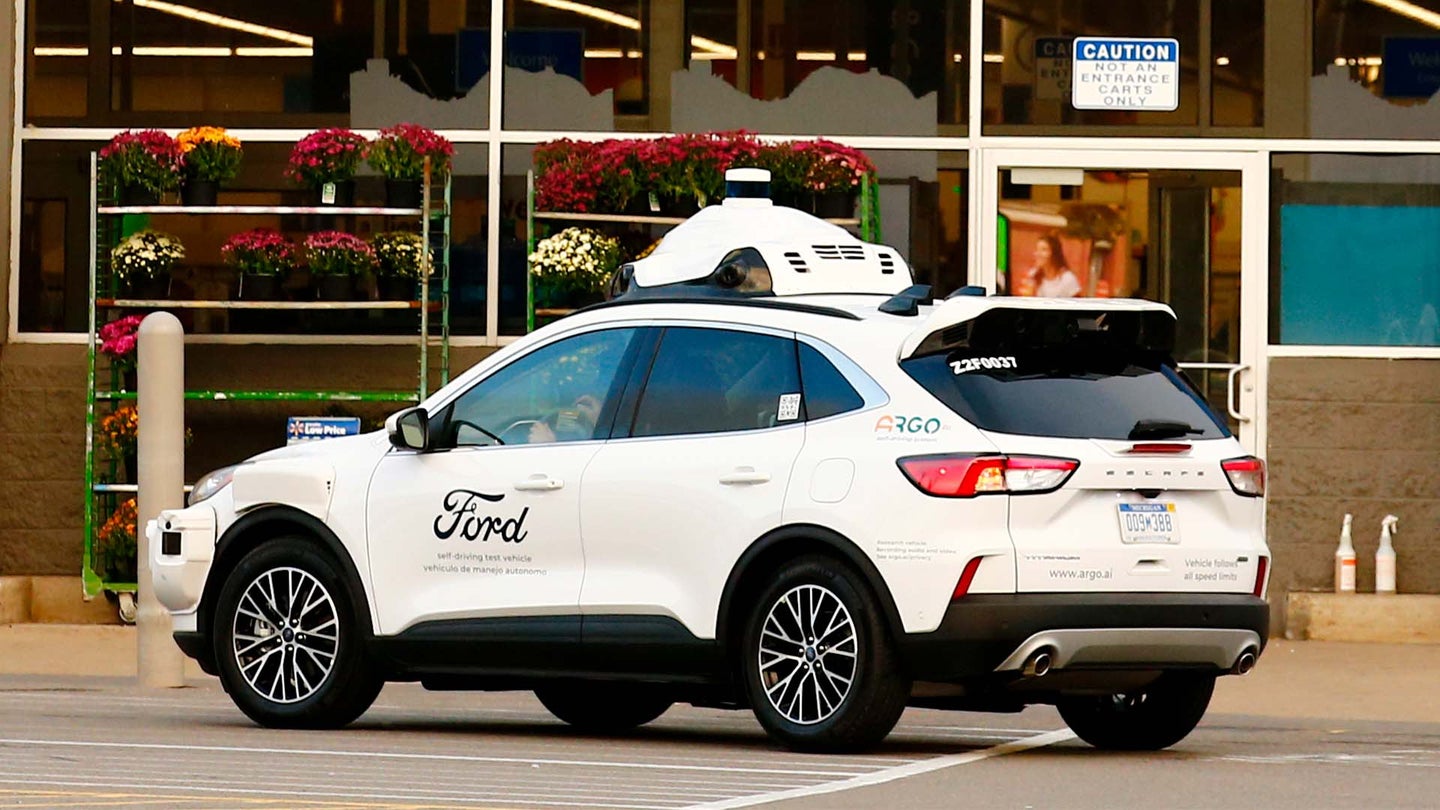 Walmart will begin offering autonomous deliveries in three U.S. cities thanks to a new partnership with Ford and self-driving tech company Argo AI.

The pilot program will kick off later this year in Austin, Miami, and Washington D.C., starting first in "defined service areas" and expanding over time. Customers will be able to place an order using Walmart's online ordering system and if the product is being sent to a home in one of the cities' service areas, an Argo-programmed Ford may be sent out for delivery.

Ford says that this collaboration will help drive industry knowledge of how autonomous vehicles can optimize delivery logistics. A plus for Walmart is the ability to evaluate how these technologies can improve consumer experiences, specifically by meeting the expectation of next-day and even same-day delivery—a step that could one day bring the retailer to Amazon's level.

This isn't Ford's first foray into self-driving deliveries, but it's certainly the most advanced in terms of showing off some proper autonomy. In 2017, the automaker paired with Dominos to test out "driverless" pizza deliveries. That was part of an initiative in which Ford planned to provide autonomous vehicles to some ride-sharing and delivery businesses by 2021—which hasn't yet happened.

Those Dominos cars were still manned by a Ford employee. In an interview with The Verge, Sherif Marakby—who was Ford's VP of Autonomous Vehicles and Electrification at the time—said that the tech was "not ready to be put on public streets," and that Ford wanted to start the research ahead of the tech being refined. The following year, Ford used mock-autonomous Transit Connects as a testbed to see how drivers would interact with what they perceived to be a self-driving car. In a way, this was pretty much a new take on the same test it did with Dominos. That goes to show how difficult mastering vehicle autonomy really is.

And while the partnership with Argo and Walmart really will use autonomy for its tests, there will still be a person in the car.

Both Ford and Argo AI confirmed to The Drive that the vehicles will have a trained safety operator onboard during deliveries, at least during the testing and development phase. Argo notes that the operations of the vehicles in this program will mirror the typical day-to-day testing, meaning that there may be voluntary disengagements if necessary, or mandatory disengagements when near an active school bus or encountering a first responder vehicle with its emergency lights on. Argo outlines additional measures that it takes with its operators and vehicles which can be read in its safety report.

Walmart has partnered with several other autonomy firms in the past. Most recently, it was GM's Cruise self-driving branch, and it also piloted a program with driverless shuttle delivery service Nuro.