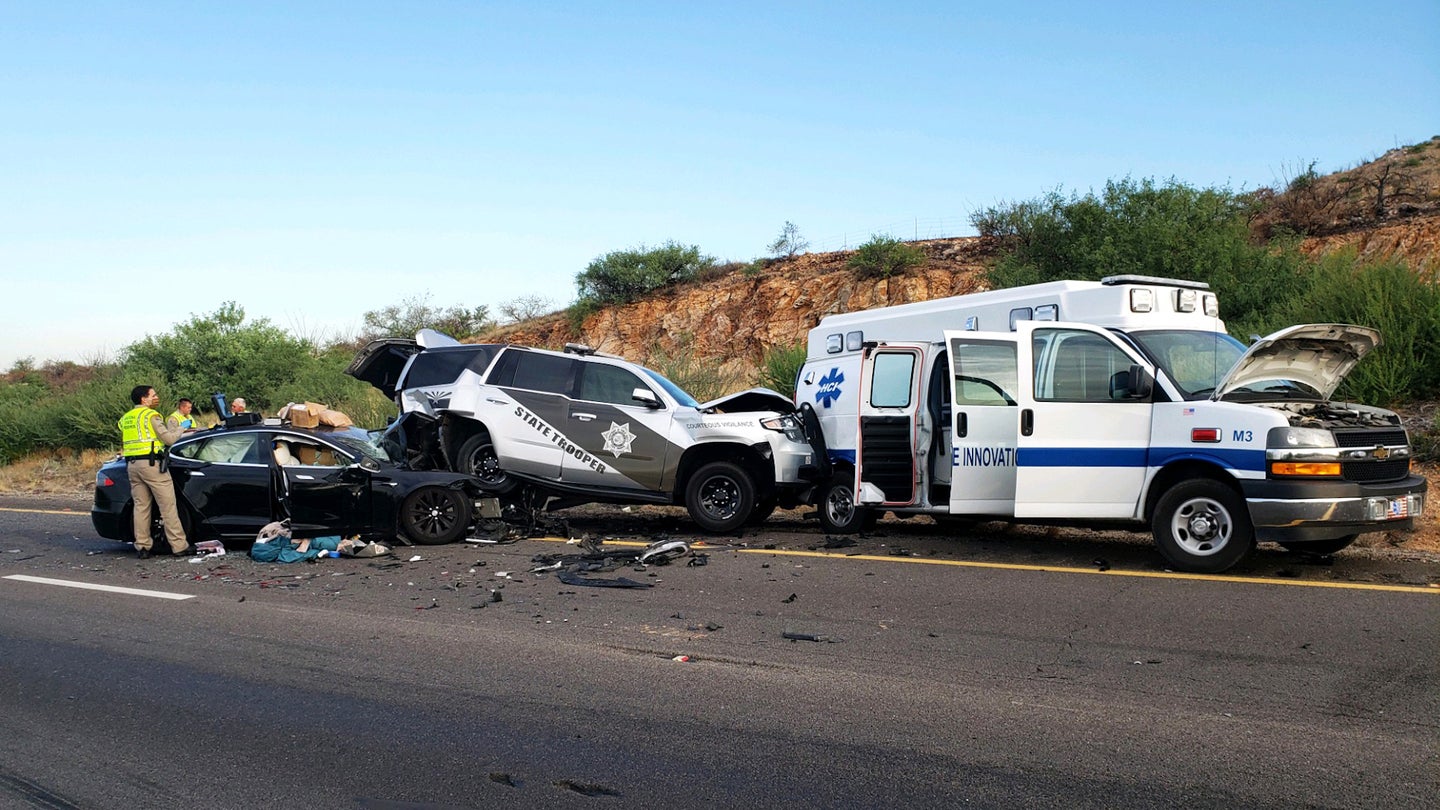 The National Highway Traffic Safety Administration announced that it's currently investigating Tesla's Autopilot system after 11 crashes involving the company's electric cars and parked emergency vehicles. These specified incidents, the first of which took place in January 2018, have resulted in 17 injuries and one fatality. The auto safety regulator's probe specifically applies to Models 3, Y, S and X built from 2014 onward, totaling roughly 765,000 vehicles.

Four such crashes have taken place this year, according to the NHTSA, which said they all involved Teslas that "have encountered first responder scenes and subsequently struck one or more vehicles involved with those scenes." The federal agency's Office of Defects Investigation (ODI) continued, "The involved subject vehicles were all confirmed to have been engaged in either Autopilot or Traffic Aware Cruise Control during the approach to the crashes."

Most of these incidents have reportedly taken place at night with emergency lights or flares present. The NHTSA says it "will assess the technologies and methods used to monitor, assist, and enforce the driver's engagement with the dynamic driving task during Autopilot operation."

When inside its Operational Design Domain (ODD), Autopilot keeps Tesla vehicles centered in lanes of traffic while maintaining a set speed. Despite marketing that has confused consumers before, it's not a fully self-driving technology and requires hands on the wheel at all times. Drivers are still responsible for Object and Event Detection and Response (OEDR), then, which will also be factored into the NHTSA's analysis.

While this official probe by the NHTSA certainly is news, it isn't the first time Tesla or Autopilot has been investigated for similar incidents. The NHTSA has deployed several crash investigation teams in the past to assess the ins and outs of other Autopilot wrecks involving one or multiple vehicles. The most recent example of a crash involving a Tesla and emergency vehicle took place in San Diego last month.

It's possible that the NHTSA could issue a recall for all involved vehicles over potential Autopilot defects. In order to do that, it would have to upgrade this preliminary investigation to an engineering analysis, as Reuters explains.

In the wake of controversies around Autopilot use and inattentive drivers, it appears the automaker is instituting a change.