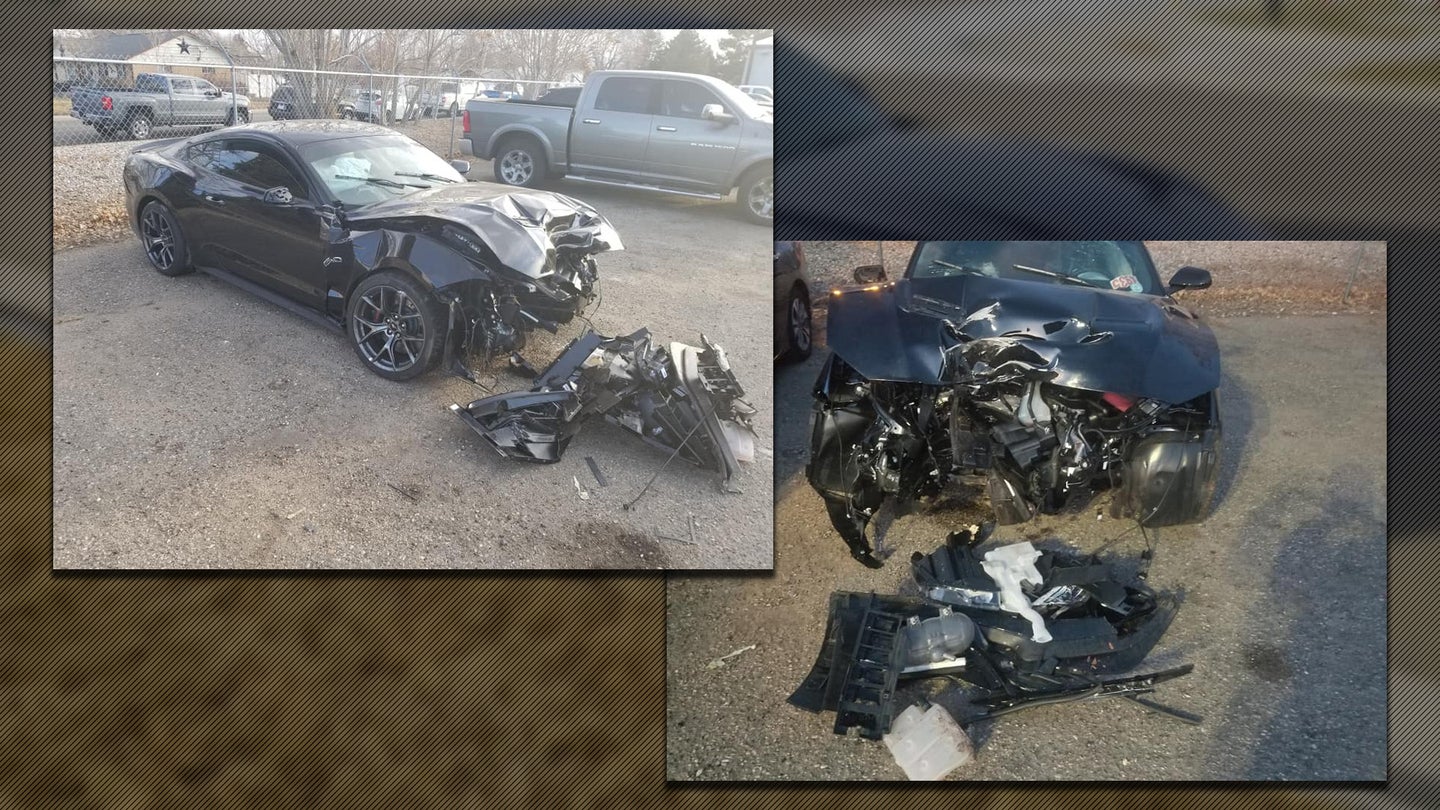 Colorado dealership Loveland Ford dealer is under fire on social media after one of its mechanics wrecked a man's brand new Ford Mustang following a supercharger installation.

According to the dealership's general manager, Harry Johnston, longtime customer Mark Grage had purchased a Ford Super Duty from the dealer once before and eventually returned to make his latest purchase: a sixth-generation Mustang. Like most car enthusiasts, Grage craved more power so he reached out to Loveland Ford with only 266 miles on his pony car to have them install a supercharger.

Many people who have the shared passion of cars tend to seek this sort of service from well-known aftermarket shops. However, Ford is one of the few automakers who offer a warranty when installing a Ford Performance Roush supercharger through a dealership. Johnston confirmed that the car came in "somewhere around the 10th or 15th of January" for a "factory" supercharger installation.

A Feb. 10 Facebook post outlines Grage's timeline of events. According to Grage, a "mechanics [sic] apprentice and his friend took the car out to see what it would do,” something which ultimately resulted in the car being deemed a total loss. Furthermore, he slammed the dealership for being unprofessional. The photos tell the rest of the story, showing the great deal of front-end carnage that ensued.

The dealership gave The Drive a slightly different explanation.

According to Johnston, the general manager, all cars that undergo a factory-supplied supercharger installation are required to undergo a routine test drive to ensure that there are no issues following the procedure. A full-time technician reportedly left the shop with the vehicle and ultimately lost control on U.S. 287 in Larimer County, resulting in a crash. Johnston tells us that the technician was cited for careless driving by police and no longer works for the dealership.

Moreover, Johnston told The Drive that the dealership immediately took responsibility for the accident and worked with their insurance to pay off the customer's car over the next month.

"We made the customer whole, paid off his loan, and all incidental expenses that would have had anything to do with that car and the fact that it was wrecked," said Johnston. "He actually walked out of the store with plus money as opposed to what he [had invested in] the car, and he bought another new car from us."

Johnston says that Grage left the dealer with a Shelby-fettled 2016 Ford Mustang that it had just received on trade-in.

He went on to note that dealing with the red tape of insurance made the process take longer than originally anticipated, and because the vehicle was in Grage's name, the dealership was unable to pay off the car with Ford Credit until working out the details with Grage. Ultimately, Johnston says that Grage was made fully whole over the weekend, a few days before the initial Facebook post.

While Grage didn't respond to The Drive's request for comment, he did update his initial Facebook post on the evening of Feb. 12 to reflect additional information.

"Stuff happens, you know?" said Johnston. "Unfortunately it's stupid as hell that the kid was test driving that vehicle in obviously the wrong fashion."