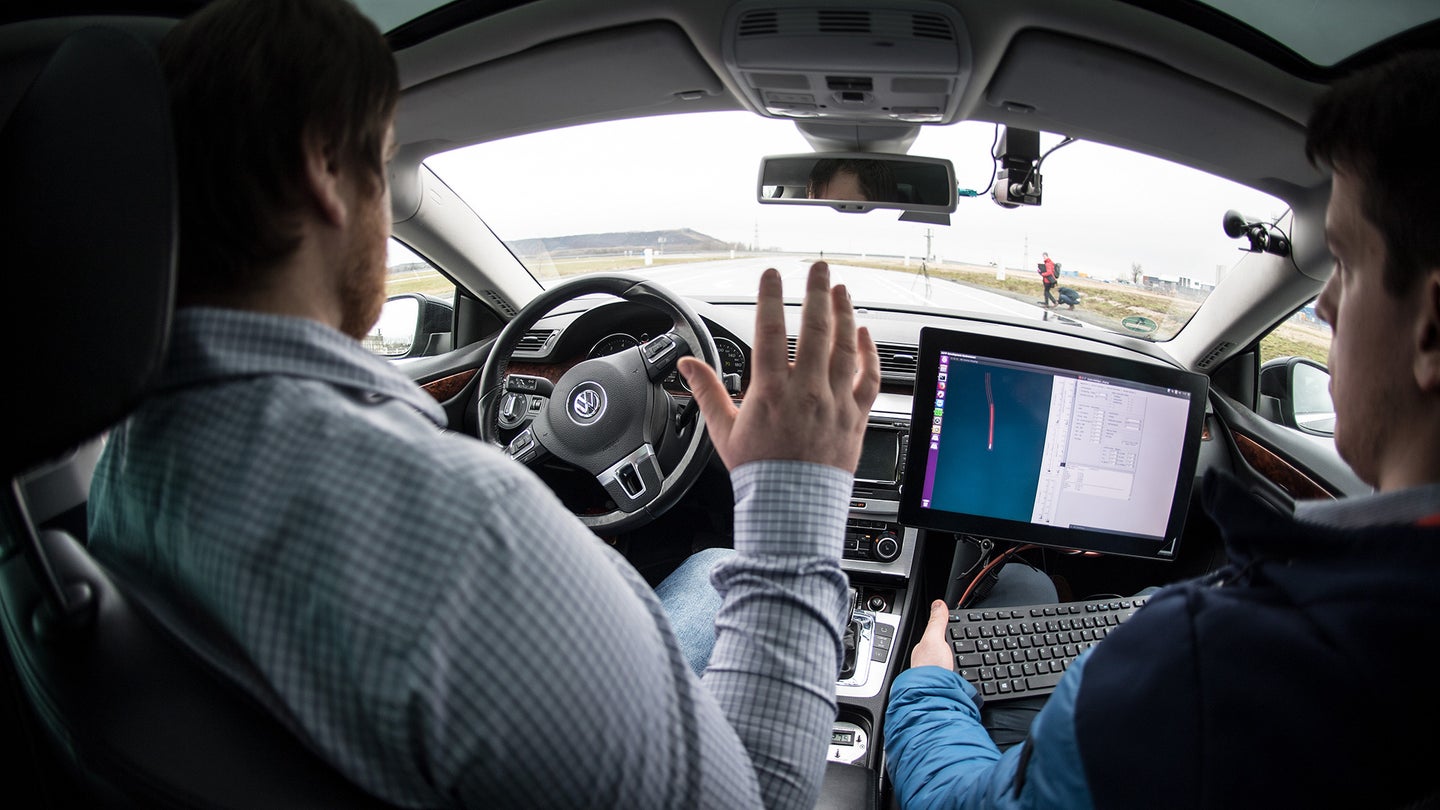 After years of sunny optimism and big promises, automakers are beginning to realize just how difficult it is to make a market-ready, full self-driving car. The CEO of Volkswagen's autonomous driving division recently admitted that Level 5 autonomy—that's full computer control of the vehicle with zero limitations—might actually never happen.

A quick primer on the now-industry-standard SAE International rules on how to discuss self-driving abilities: Level 0 is no automation whatsoever. Level 1 is partial assistance with certain aspects of driving, like lane keep assist or adaptive cruise control. Level 2 is a step up to systems that can take control of the vehicle in certain situations, like Tesla's Autopilot or Cadillac's Super Cruise, while still requiring the driver to pay attention.

Get past that and we enter the realm of speculation: Level 3 promises full computer control without supervision under defined conditions during a journey, Level 4 is start-to-finish autonomous tech limited only by virtual safeguards like a geofence, and Level 5 is the total hands-off, go literally anywhere at the push of a button experience where the vehicle might not even have physical controls.

Sitting down with WardsAuto at the Consumer Electronics Show in Las Vegas last week, VW Autonomy's Alex Hitzinger said Level 4 might be the realistic limit for what automakers can build. He wasn’t shy in pointing out the relative difficulty of trying for full Level 5 autonomy.

“This is one of the hardest problems we have. This is like we are going to Mars,” Hitzinger said in a comment. “Maybe it will never happen.”

Despite that, he's confident in VW's ability to make a Level 4 autonomous vehicle, saying that the upcoming I.D. Buzz electric van will be the first VW to receive the technology. That makes sense given the van's potential as a commercial vehicle; other automakers have pointed to those as a natural starting place for autonomous efforts since they generally follow fixed driving routes.

It was just a few short years ago when we were all swimming in golden promises from carmakers about the advances we'd see by the end of the decade. Well, 2020 is here, and the reality of the challenge—made even tougher by the critical need for infrastructure upgrades and smart policymaking from governments around the world—seems to have finally settled in.

How the Language of Self-Driving Is Killing Us

We can’t fix something this broken. But we can—and should—replace it.