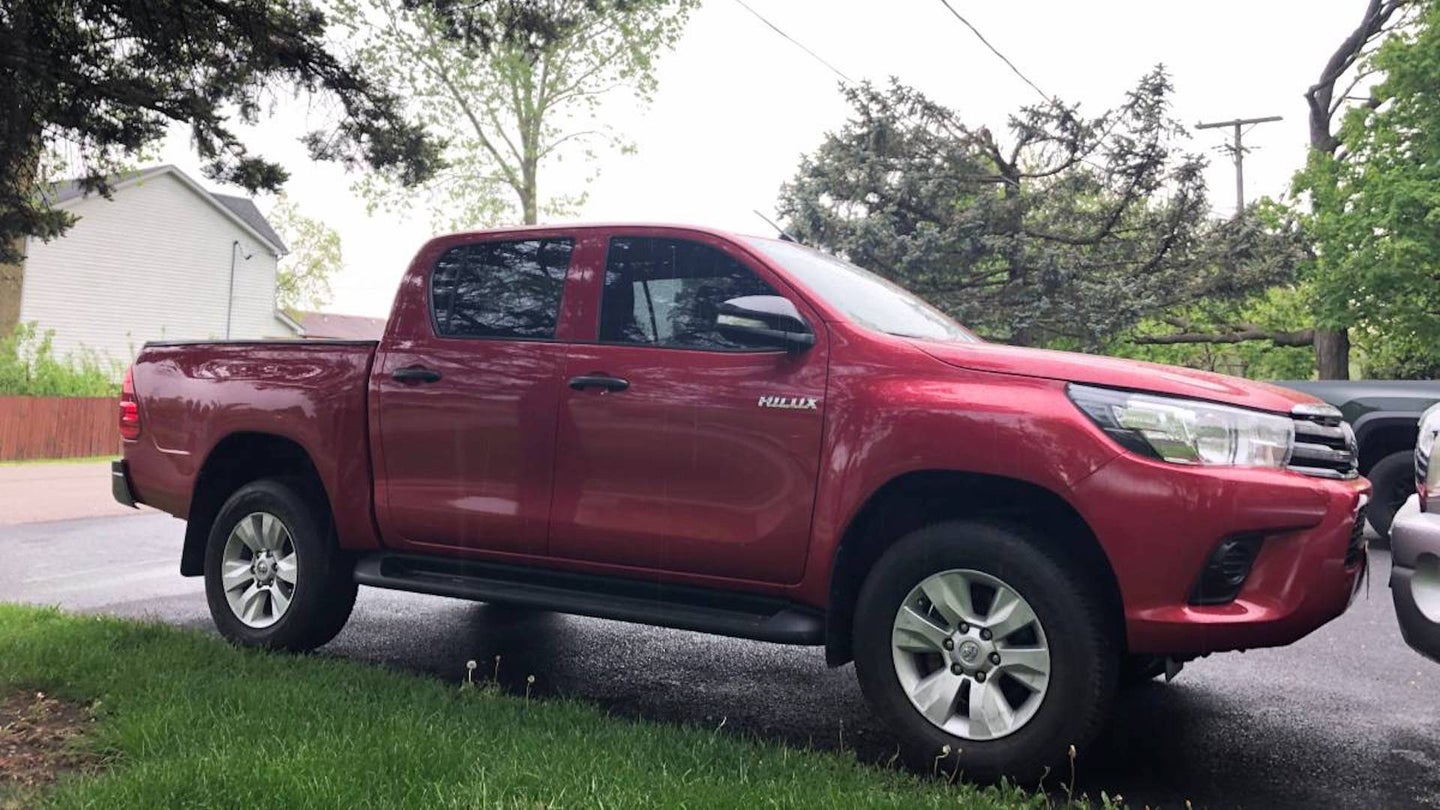 Even before that iconic Top Gear segment where the Clarkson-led trio attempted to destroy the Toyota Hilux, the classic little pickup had a reputation for being unbreakable. Unfortunately for us Americans, the truck we knew as the Toyota Pickup became unavailable when it was replaced by the Tacoma for the 1995 model year, and even though the 25-year import ban on these trucks began to expire in the last year, very few post-1994 Hiluxes have made it stateside so far. That's what makes the 2017 Hilux crew cab that just popped up for sale in Illinois so alluring—though don't become too entranced by this exotic truck, because buying it might be a questionable decision.

Listed for sale on Craigslist in Gurnee, Illinois, this Hilux is said to have been sourced from Aguascalientes, Mexico, the drive up from which would've accounted for over 3,000 of the 66,217 kilometers (or just over 41,000 miles) acknowledged on its odometer. These will have barely broken in its under-stressed, 2.7-liter engine, five-speed manual transmission, and single driven axle out back, all of which may be capable of the million-mile-plus lifespans sometimes eked out of the larger Tundra.

Though one would think the aforementioned 25-year import law would make registering this truck in the United States a nightmare, the listing's photos show a current Missouri inspection sticker—one punched during the same month as Caleb Jacobs's 1966 Ford F-600 dump truck. The seller told us in an email that this Hilux is indeed registered in Missouri, and that they're waiting on the title to arrive.

But if that title ends up reading "Tacoma" and not "Hilux," it might be wise for prospective buyers to walk away. VIN swaps are an old trick employed by grey-market importers and were famously used to import a few dozen Nissan Skylines to America a couple of decades back. That loophole is no longer on the legal up-and-up, however, so odds are the only way to keep the DOT's crusher-happy hands off this Hilux is to keep it confined to private property—and parts supply here in the US is maybe a little on the slim side for it to make a good farm vehicle.

My advice? Let it be, and buy a new Nissan Frontier instead. Those'll do a million miles too, and you don't need to talk to a lawyer before trying to get tags for one.