Turnkey MK1 and MK2 models are available with up to 350 horsepower. 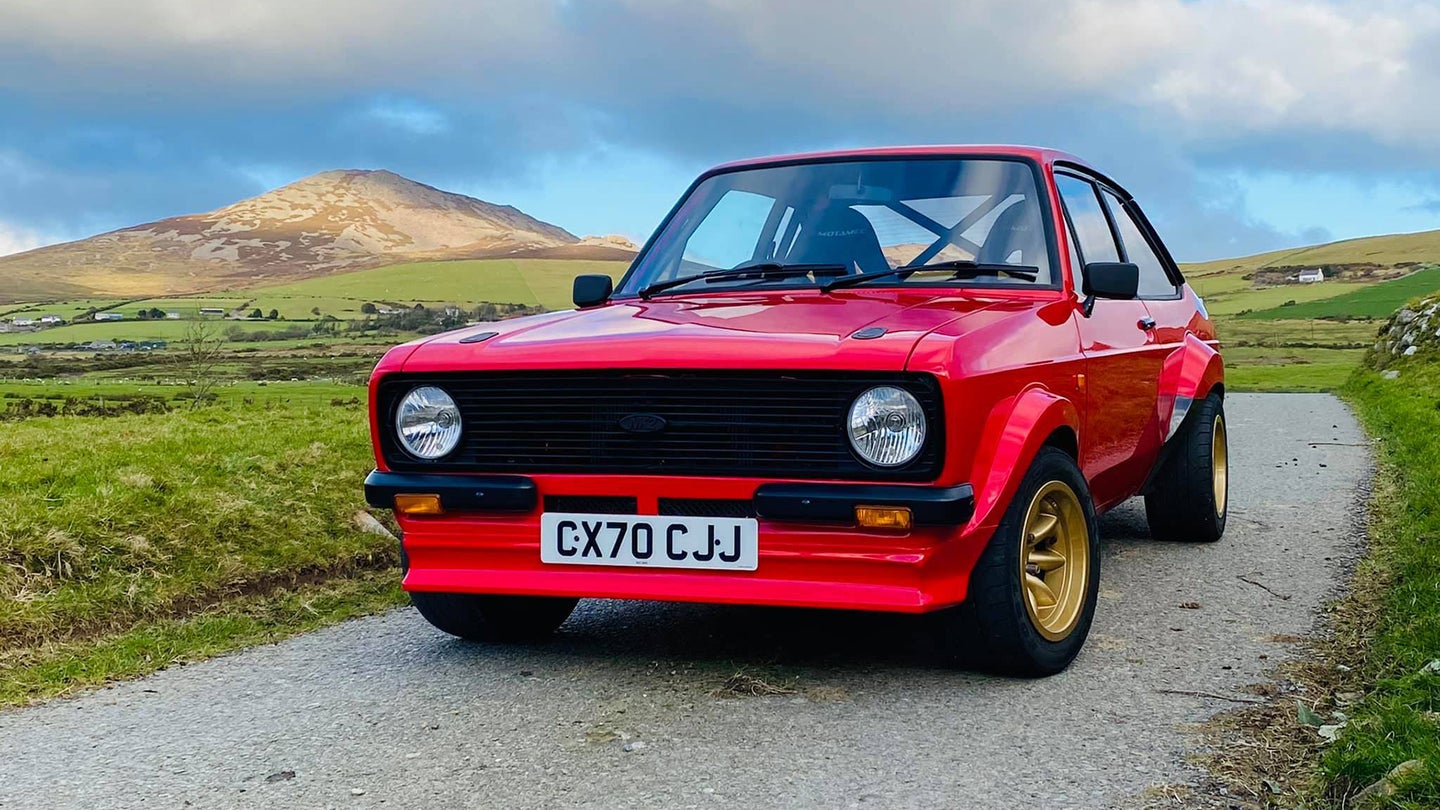 All-wheel drive ultimately took over the World Rally Championship following Lancia's famous victory with the still rear-drive 037 in 1983, yet long before all that, rally stages were dominated by Ford U.K.'s Mark I and Mark II Escorts, especially in Great Britain. These wide-arched lightweights packed twin-cam engines thanks to Cosworth, and the few originals that survived the last half a century demand high sums among collectors in both the early RS1600 and RS1800 forms, or the later RS2000 tune. Let's not forget about the road-spec Escort Mexicos either.

Luckily, those looking for a brand new Mark I or Mark II Escort on the faster side don't have to go through a full restoration and conversion any more. Welsh rally parts company Motorsport Tools came up with a fully configurable offer built around freshly made bodyshells by Magnum Classic Car Panels based in Rochdale, Greater Manchester. Available in both left- and right-hand-drive as well as a kit, these MST MK2s (and upcoming MK1s) are classified as new cars under the United Kingdom's Individual Vehicle Approval scheme. MST says they can build up to 12 a year, which is more generous than Cyan Racing's output of ten Volvo P1800 Cyans per annum.

These aren't just rally cars. While an empty body shell starts at $21,000 with configurable options such as a roll cage welded in, a more rigid motorsport body, or the turreted rear suspension setup, the cheapest complete Escort is the touring spec at $97,000. These cars come with full upholstery, sound deadening and extras such as a leather-stitched dash top.

Built by local mastermind Carwyn Ellis, MST's red development MK2 is the track slash fast road car specification with wide arches and the 200-horsepower 2.5-liter Ford Duratec engine with ATR throttle bodies, totaling $111,000 as tested. A Group 4 rally car with up to 350 horsepower would start at $125,000, while MST's ultimate rally car is yours for around $138,000.

Steep for a Ford Escort from the late '60s and early '70s, yet much more reasonable for a brand new fully sorted fast classic, especially considering what other motorsport-inspired analog wonders such as the Singer-Tuthill 911 ASC or Cyan Racing's touring car-engined Volvo P1800 will cost you.

As driven by The Late Brake Show host Jonny Smith, the MST MK2 has the optional six-link Atlas Motorsport rear axle, the 200-hp Ford motor, adjustable 2.25 Bilstein dampers, a new six-speed manual from a Mazda MX-5 with a Gripper Motorsport limited-slip differential, and the optional power steering with a high 2.4-turn ratio, plus AP Racing's four-piston disc brakes all around. The Genuine Minilite alloys are 13s wrapped in Kumho Ecsta V70A tires, with 15- and 17-inch wheels also available.

One step up, the engine can be a 2.0-liter BGD twin cam with 250 horsepower, or a 2.5-liter Millington Diamond rated at 350 horses. The base gearbox remains Ford's five-speed Type 9, and needless to say, if you're speccing a rally car, a sequential box is also available. Regardless of which body style you prefer, the suspension can be upgraded to an Öhlins' WRC-style system, or Rieger dampers from America.

Well under a ton with rear-drive and at least 200 horsepower, could this be the ultimate analog driving toy? Perhaps even more, given that as a new car, a carefully configured example could even work as your new daily driver. Reproduction shells open new horizons.

This might be the best way to get a “new” and upgraded version of the legendary rally car without spending a fortune.