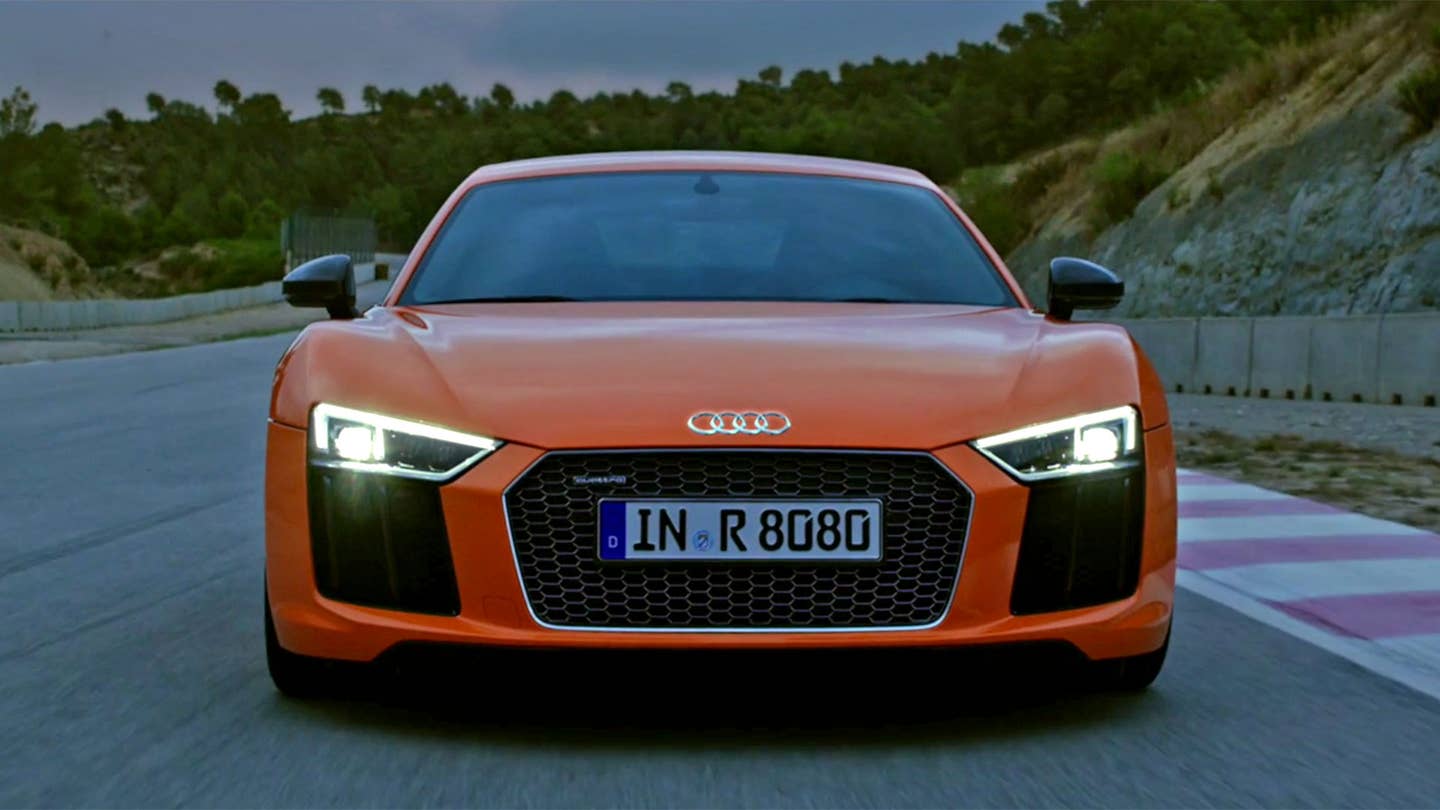 The ruling body tasked with regulating the United Kingdom's advertising has banned an Audi R8 commercial in Britain for, ostensibly, irresponsibly linking speed with excitement—even though the ad doesn't feature a single shot of a speeding car on a public road.

The crux of the commercial, which you can see below, revolves around a single shot of a person's eyeball As an engine—presumably, the R8's high-revving V-10—begins to roar through the gears, the reflected lights of a tunnel start flashing by faster and faster, until they're ripping past the way stars do when Scotty pulls the rev limiter on the Enterprise. The ad then cuts to a shot of the Audi R8 V10 Plus serenely driving through the tunnel; it goes back to the eye for a moment, then changes to the car on the track, where it finally starts hauling ass.

According to Auto Express, the Advertising Standards Authority told Audi to pull the commercial after a single person filed a complaint over the ad, claiming it was "irresponsible." The advertising ruling body reportedly says the R8 ad, by correlating speed with excitement, is a violation of the code that regulates British car commercials.

Volkswagen A.G., for what it's worth, retorts that the eye represents concentration, not excitement. The carmaker also reportedly stated that eyeball in question was very clearly CGI, as it did not behave as an actual human eye would. But the ASA, according to AE, wasn't buying it; the authority said it believed viewers could interpret the eye's movement as an "emotional response," based on the sounds of the engine.

Keep in mind, this is a country that found it perfectly acceptable to show an RS3 being birthed from an R8 in disturbingly realistic fashion. If Great Britain's ASA doesn't have an issue showing a dilated car-gina, complaining over a dilated pupil seems a wee bit hypocritical.