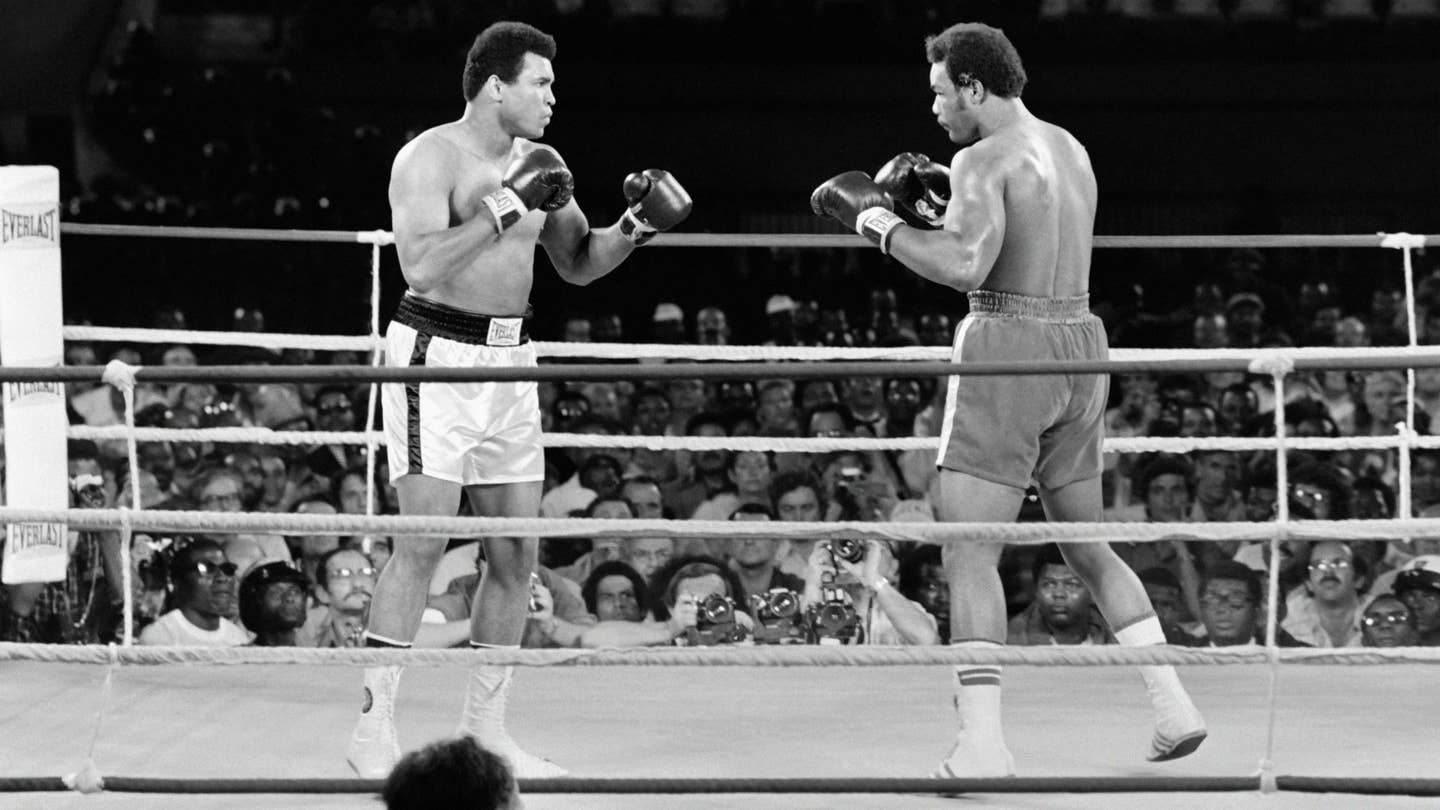 Muhammad Ali might've been the greatest, but nobody hit harder than George Foreman. His hands landed seismically, like a stegosaurus footstep. Nearly 90 percent of his career wins came by knockout. When they went toe-to-toe in Zaire, in 1974, the famed “Rumble in the Jungle,” Ali stood on the ropes with his guard up and let Foreman punch himself tired. Cunning, sure, but consider the subtext: Even the greatest knew he couldn't go punch for punch with Big George.

Nobody could, but now you can buy the man’s 1997 Lamborghini Diablo VT. Build just after his second retirement from boxing, Foreman’s car is a roadster, Smalto Rosso red over soft beige leather. And, of course, it's no slouch on the road. All-wheel drive, a six-speed gated manual, and that glorious 5.7-liter V12, good for 485 horsepower and 428 lb-ft. This example less than 2,000 miles on the odometer. Oh, right: Because it's George Foreman’s car, the VT also comes with a boatload of boxing memorabilia, like a Rumble in the Jungle ticket stub, a pair of gloves, and, of course, a Lean Mean Grilling machine, autographed and all.

The Champ’s supercar will go across the block during Mecum's Monterey event, August 18-20.