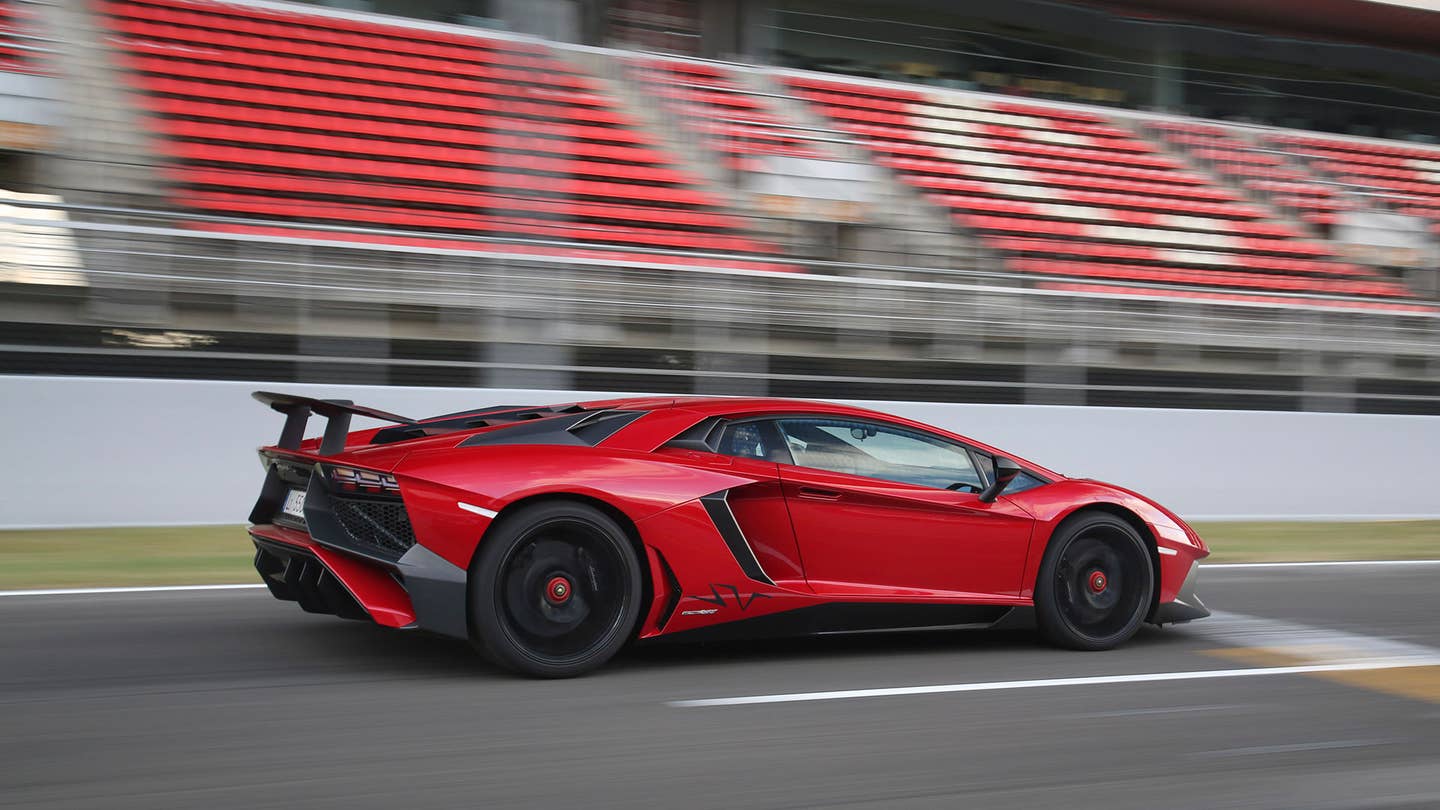 While the future of automobiles may largely be filled with electric vehicles and downsized, forced-induction engines, Lamborghini will always have a place for the V12. At least, if Lamborghini CEO Stefano Domenicali has anything to say about it.

"Our major customers and dealers around the world say: ‘Please do not touch the V12," Domenicali said in an interview with Autocar. "So we will continue to work in that direction."

"In the short term, there is still a lot of development potential in the V12," he added. While much of the automotive world is moving to smaller-displacement engines with fewer cylinders, the CEO said there was no reason Lamborghini had to go along with the trend, considering their modest production numbers.

“Our niche is small and it is sometimes easy to run off following everyone else, like in football: all the players run off following the ball," Domenicali said. "That is a mistake that we do not have to make."

Still, that future could involve V12s that receive a helping hand from electric motors, if the invisible hand or government regulations demand it. "We need to make sure that as soon as the technology of electrification is relevant to our car at a cost level, and will add value, we are flexible to shift in that direction,” he said. "Of course, we need to understand what the market is doing in terms of emissions and legislation, but I don’t see that will be a problem."

And while the upcoming arrival of the Urus SUV in 2018 will bring plenty of change (in both meanings of the word) to the carmaker, the CEO said it will remain paramount to keep the sports car range exclusive and true to its roots. "There is always a need to keep Lamborghini desirable, so with a two-model portfolio, I want to be around 3500 cars, no more," he said, adding that Urus sales would be in addition to those two cars. "We don’t want to lose the DNA of our cars as regards to the future of the Aventador and the Huracan. We need to grow this company in the right way."

Domenicali became CEO in February; since then, he has presided over some of the most successful months in Lamborghini's history. In the first and second quarters of 2016, the carmaker moved a record number of cars, with June's 416 deliveries clocking in at the company's best month of sales yet.