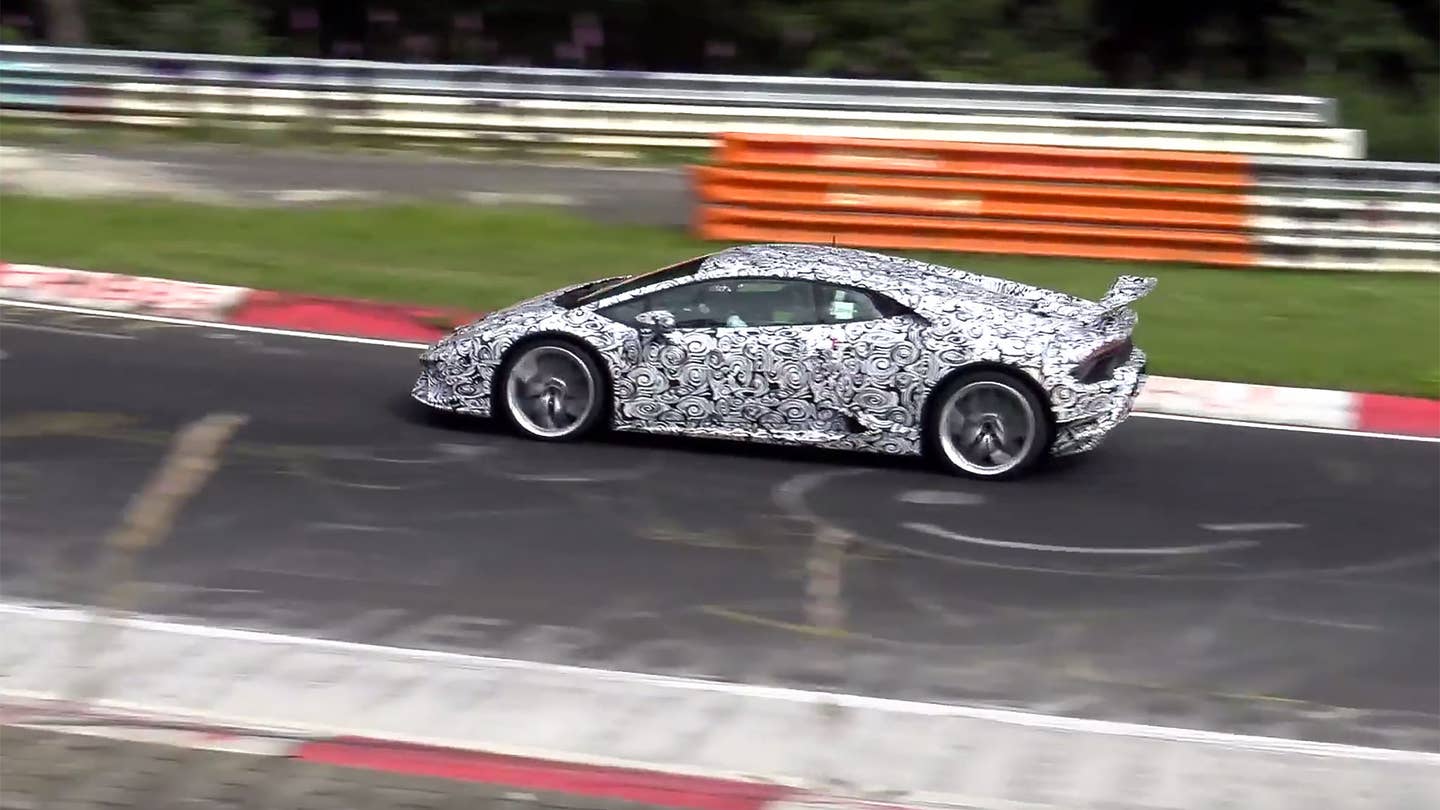 A YouTuber named Automotive Mike—who, fittingly, runs an automotive-centric channel—caught a couple examples of the new Lamborghini Huracan Superleggera running rings around other cars at the Nurburgring earlier this week. While the car was wrapped in camera-confusing camouflage, the stresses of 'Ring running meant all the car's pieces of aerodynamic apparatus needed to be open to the air—which meant leaving the Superleggera's massive rear wing, knife-drawer front fascia, and high-mounted dual exhausts exposed for the world to see. And, in the case of those big-bore tailpipes, to hear. Not that anything short of a wad of cotton the size of Alabama could muffle this sucker.

Assuming the Huracan Superleggera follows in the fine tradition of super-light Lambos past, such as the Gallardo Superleggera, it will be a wee bit more powerful and about one chubby Italian lighter than the regular version of the super sports car. It will likely stick with all-wheel-drive, in the name of ultimate grip. Expect much of the weight loss to be achieved through greater use of carbon fiber, as Lamborghini has gone all-in on the miracle weave for the near future.

Considering how close to production-spec the Lamborghini Huracan Superleggera in this video looks, we wouldn't be surprised to see it debut at the Paris Motor Show in a couple months' time. It will almost certainly cost more than your house.