That's not a euphemism. 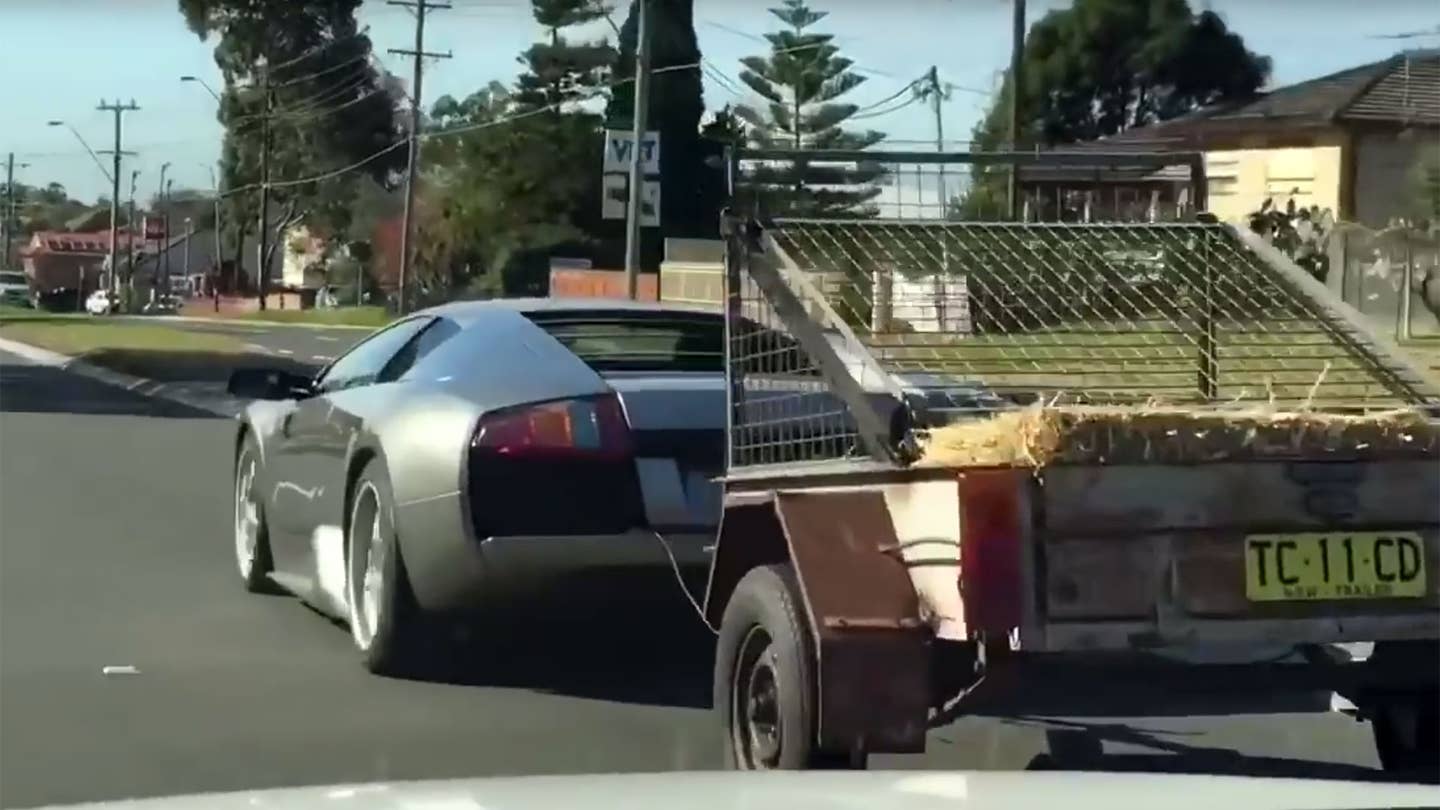 As with all the best viral videos of people doing bizarre things with cars, there's very little context to this clip. It opens on a shot of the V12-powered Lamborghini coupe towing a small single-axle trailer; it closes on a shot of the V12-powered Lamborghini towing a single-axle trailer. Between them lies two minutes of Murcielago towing what looks like the cheapest trailer we've ever seen seen since we fastened a Radio Flyer to the back of a Huffy to ferry our dogs around.

Based on the signs and vehicles that pass by in the background, this video seems to hail from Australia. Which...actually, makes a lot of sense. If If we were gonna make a list of the places we would expect to find a Lamborghini with a tow hitch, Australia would be right at the top.

Fair warning: Depending on where you are, this video could be NSFW due to the occasional word from George Carlin's Seven Words You Can Never Say on Television. Not from the occupants of the camera car, mind you. From the Limp Bizkit track that's been laid over the video. (Shudder.)