Just a tap of the throttle is all it takes to get the V12 bull sideways…and then some. 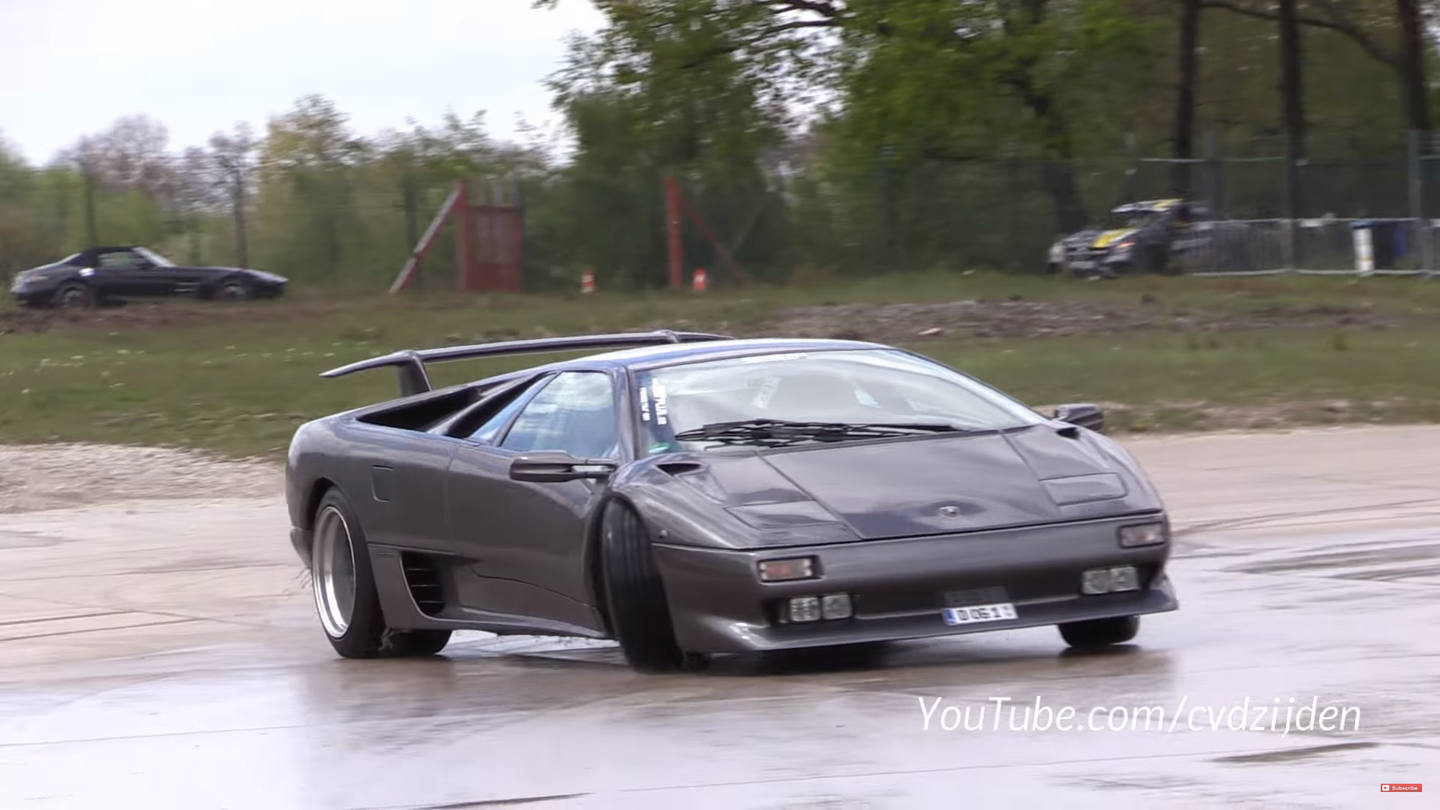 Debuting at the height of Lamborghini's prodigious insanity, the Lamborghini Diablo is one of those beautiful, dangerous bombshells that's best left on a bedroom poster (or, like many, in a garage) if you don't have the skills to match your desire. So while it might be tempting to laugh at this rich Lamborghini owner and his inability to hold a drift without spinning (and spinning, and spinning), we at The Drive commend the effort to improve.

Recorded at Petrolhead Event's annual Spring Event in Germany - a crazy supercar show mixed with an amateur drag race meet - the video shows an early-nineties Lamborghini Diablo heading out for a run on the skid pad. With that 5.7-liter V12 least putting out 485 horsepower to the rear wheels and an inexperienced drifter behind the wheel, even a mid-engined setup can't keep the Diablo from spinning out almost immediately.

But the driver and his intrepid passenger won't be deterred, opting to try, try, and try again despite the highly public nature of his practice session. He spins out no less than four times—but to be fair, he manages to hold a few sweet-looking drifts too. That's no small feat in a wild old Lamborghini like the Diablo, and even more impressive considering a lot of owners probably wouldn't even consider putting their Italian garage queen on a wet track, let alone one crowded with other cars.