Outside the damage to the car, there’s also the question of whether you really want to eat meat doused in fuel. 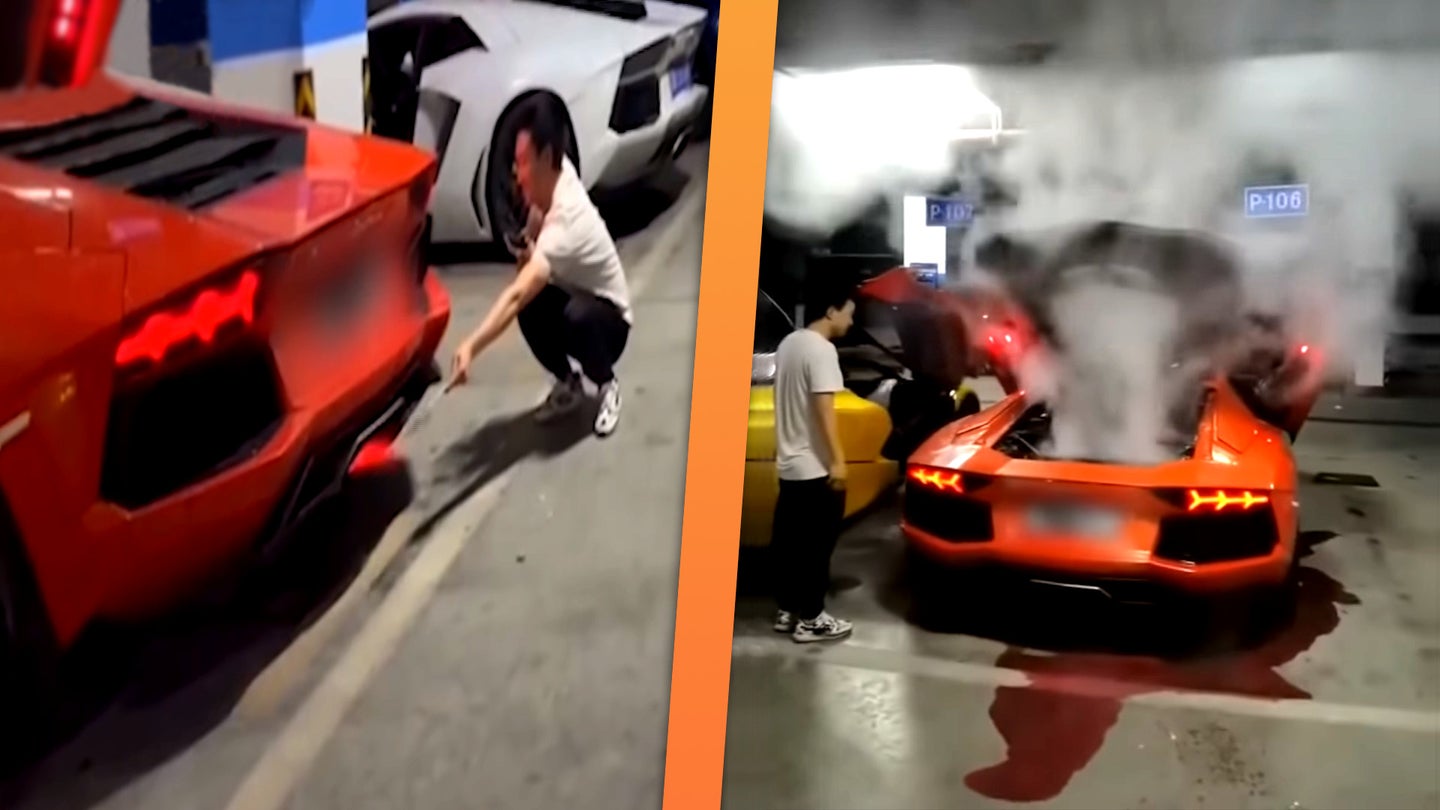 Automotive cooking usually consists of wrapping food in foil and stashing it in the engine bay, where waste heat will slowly cook it over the period of a few minutes. There's very little drama or excitement about it, but it's honest. For those looking to cook with more flair, flame grilling a kebab with hot, popping Lamborghini exhaust might be the go. It's just a lot more likely to end poorly—as it did for this gentleman in China, via Jalopnik.

Like many modern cars with crackle tunes, the Lamborghini Aventador occasionally dumps raw fuel into the exhaust, where it combusts and shoots flames. The owner of the car took advantage of this, crouching by the rear of the vehicle to cook a kebab in front of a crowd of onlookers. The flames are intermittent, of course, and the loud pops from the exhaust blow the skewer back around four inches or so at one point, showing the raw ferocity dealt out by the V12 engine.  The cooking process proceeds along well, right up until it doesn't—when smoke begins pouring from the engine bay, sending the would-be chef running.

The apparent cause of the smoke was a coolant leak from a burst pipe or fitting, which Jalopnik noted was most likely caused by revving the cold engine hard while the thermostat was still closed. It's possible no major damage was done to the car, though it's clearly in need of a coolant refill and a rigorous engine bay cleaning after the incident. Plenty of red fluid can be seen on the ground, suggesting the car lost most, if not all, of its cooling system's total capacity. Watch the carnage in the video below.

Pouring coolant all over the ground is a great reason to not to cook with your car's exhaust, but it's not the only one. With the process relying on unburnt fuel passing through the exhaust, the car is literally spraying raw gasoline on to the food. Given the additives in gasoline, many of which are toxic, plus the general poor taste of the fuel itself, it's not really something you want in your dinner. There's also the sooty byproducts of the incomplete combustion, too. These are 11 herbs and spices you should take a pass on.

We're used to seeing far greater carnage from Lamborghinis; they do have a penchant for burning to the ground unexpectedly. They'll even barbecue their fellow cars if given the chance. It's almost as if spraying unburned fuel out the back of a car is a bad thing and not to be encouraged.