After overcoming an extensive list of major injuries, Wickens used hand controls to pilot a Veloster N TCR around Mid-Ohio. 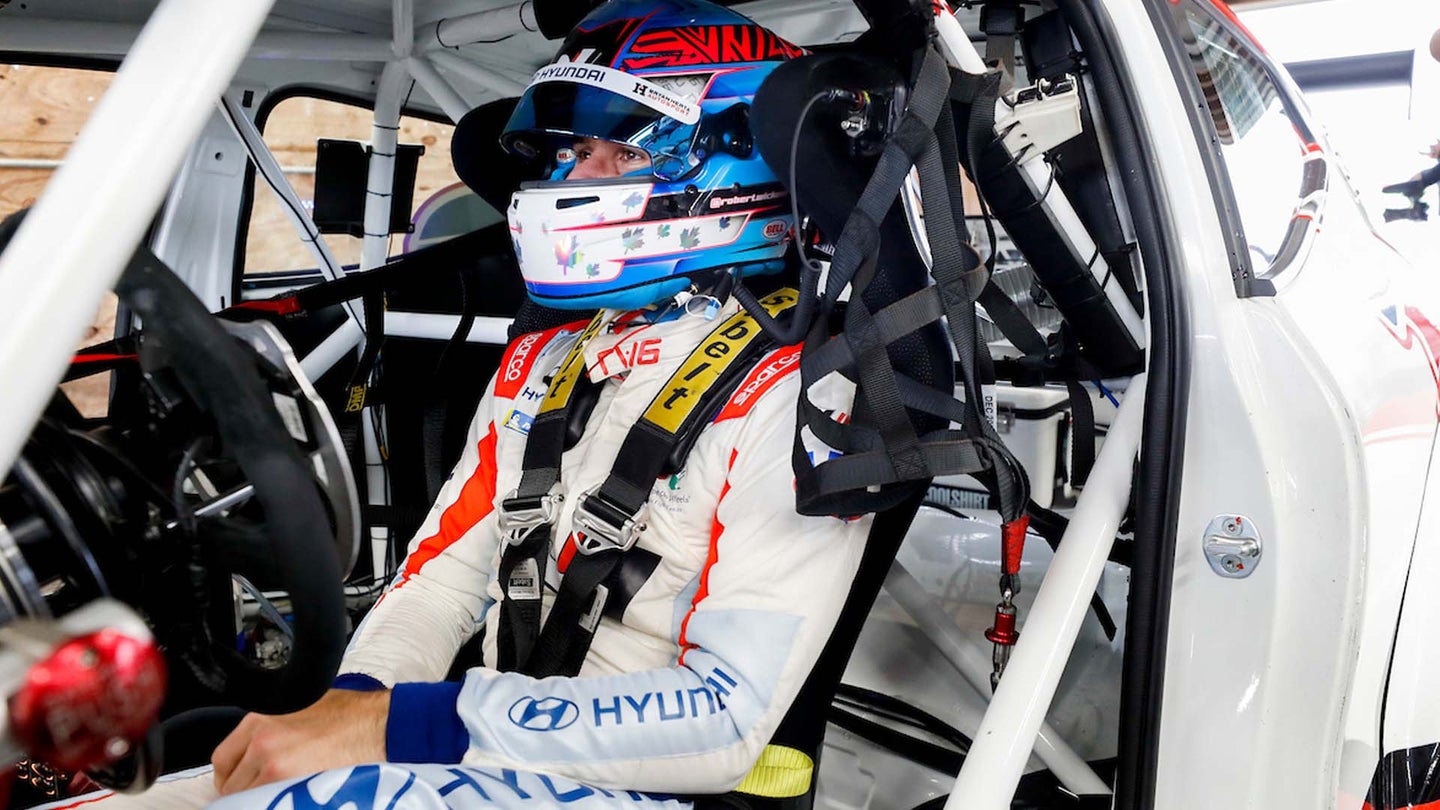 Robert Wickens has had a long road back to racing since his incredibly violent crash in 2018. The now-32-year-old sustained a catalog of spinal injuries as well as fractures in both hands, his legs, and his ribs after his Indy car was sent flying into the catch fence at Pocono.

Wickens' injuries were initially so serious he was unable to breathe without mechanical aide. As he recovered, he was confirmed as paralyzed from the waist down, although he hoped to regain the ability to walk. He's made monumental strides toward that goal in the time since, and there's another achievement he's on his way to crossing off the list: competing in a racing car. On Tuesday, Wickens drove 'round the Mid-Ohio track in a Bryan Herta Autosport-prepped Hyundai Veloster N TCR.

During his test outing, Wickens used hand controls similar to Alex Zanardi's when he drove the Rolex 24 at Daytona. Wickens previously ran a lap at Toronto driving a hand-controlled Acura NSX supercar, and he's got plenty of practice hours logged with the adaptations on various racing sims.

There's no news yet on when Wickens will return to competition, though it's clear he has the racing world's support when he's ready to do so. The Canadian has experience in a variety of cars, ranging from the obvious IndyCar open-wheelers to sports car prototypes and DTM machinery. He's naturally fast no matter what he's driving—something he proved by nabbing pole position for his first-ever IndyCar race three years back.