Robert Wickens, who is still rehabilitating from his life-threatening crash there last year, was the first of many to speak up about Sunday’s event. 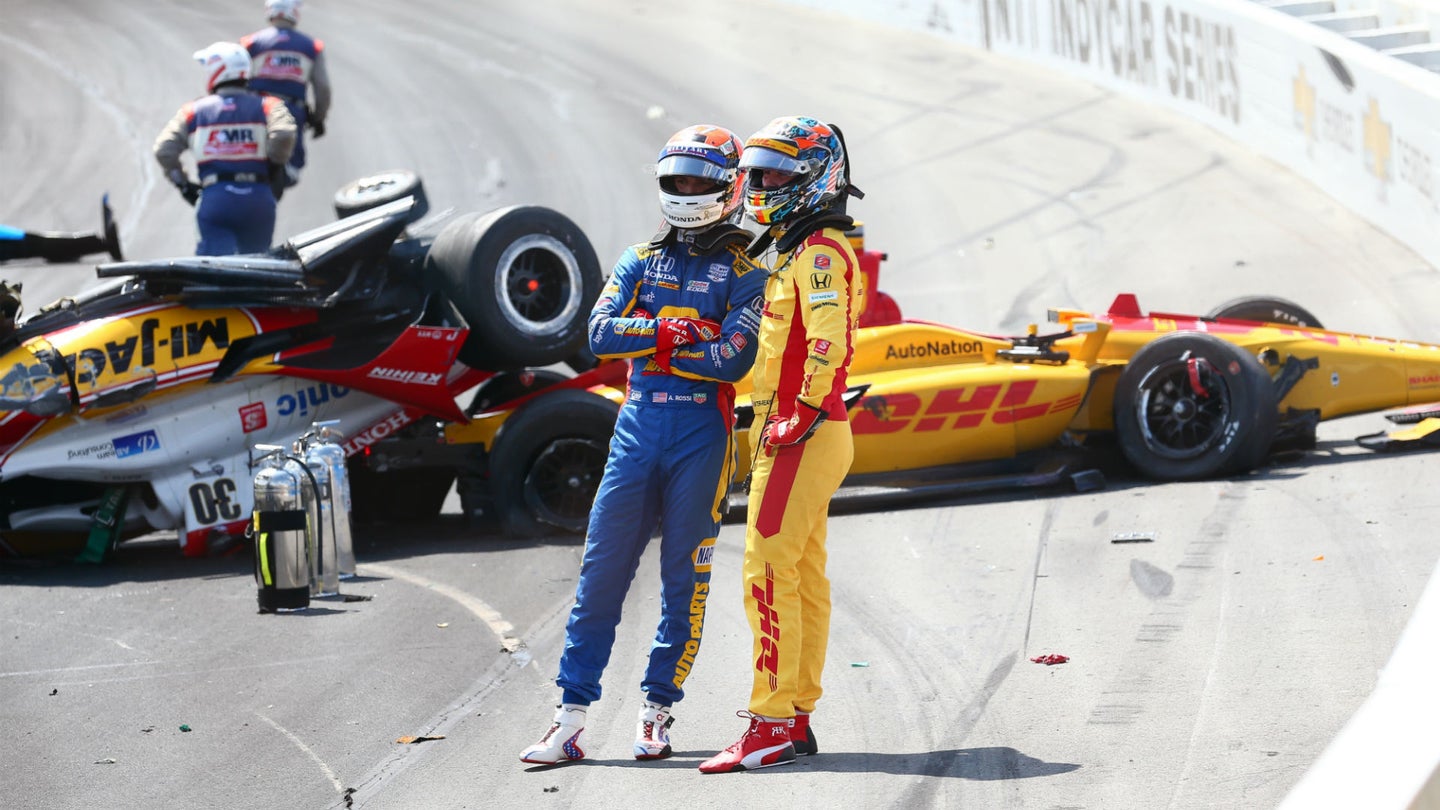 This past weekend, the IndyCar paddock was quietly skeptical of its return to Pocono Raceway, the same track where last year's star rookie Robert Wickens was violently hurled through a catch fence, causing multiple spinal injuries and temporary paralysis. The relentless 2.5-mile superspeedway, nicknamed the "Tricky Triangle," often sees open-wheel cars fly down its straight chutes at 215 miles per hour, inherently making it a hot spot for heightened danger.

Drivers accept the risk of competition, but following yet another massive crash this Sunday on Lap 1 that was handled questionably by track officials, they've spoken up—Indy cars shouldn't race at Pocono.

The first man to express his concern and deserved displeasure was Wickens, who's five weeks removed from his latest surgery in a string of many over the past year. Seeing Takuma Sato make contact with Alexander Rossi, resultantly wrecking three others including Felix Rosenqvist who was flung into the same treacherous catch fence as Wickens last August, influenced the Canadian to tweet about the unnecessary peril.

Wickens' sentiment was shared by fellow driver Max Chilton, who announced earlier in the 2019 IndyCar season that he'd no longer be competing in oval-track competitions as part of a new "risk management" approach.

Upon seeing the repairs to the affected fencing, which many across Twitter considered a hack patch job, Chilton reiterated his stance.

Stefan Wilson, brother of late driver Justin Wilson who suffered a fatal brain injury after being struck by debris at Pocono in 2015, half-jokingly proposed a solution that would land IndyCar drivers back at Watkins Glen, a fan-favorite.

As it stands, IndyCar does not have a contract with Pocono Raceway beyond this year, meaning it could be on its way off the schedule—perhaps forever. With IndyCar doing its part in implementing the Red Bull Advanced Technologies-developed Aeroscreen next year, those within the racing community agree it's time that tracks start taking the safety initiative equally serious, or else they risk being dropped from the calendar regardless of TV ratings or ticket sales.