We checked the date on the press release. It's not an April Fools' Day joke. 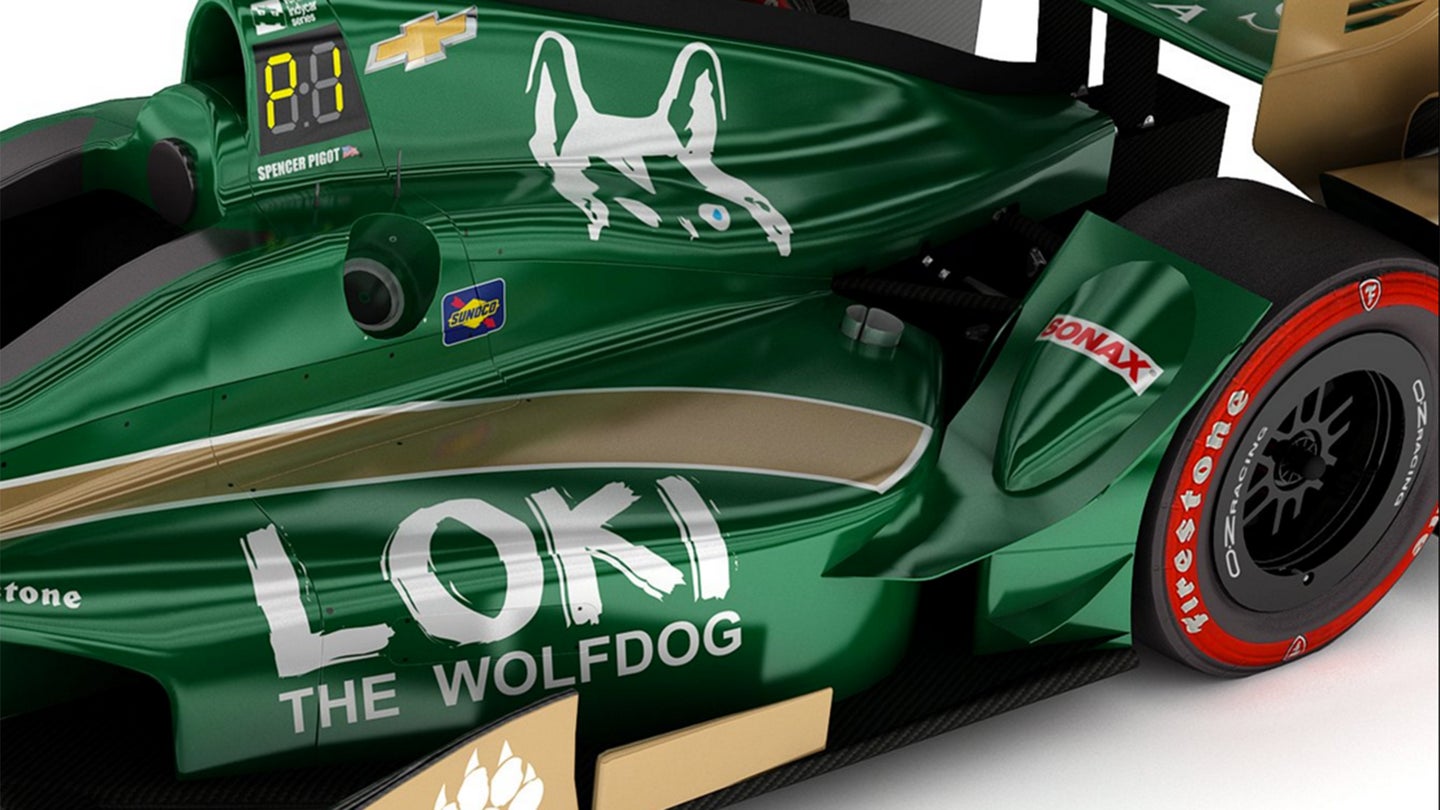 Well, here's a sentence we never thought we would write: An IndyCar driver will be sponsored by an Instagram-famous dog during this upcoming weekend. Oh, the times we live in.

"Loki is basically the coolest dog out there, and he's a serious force when it comes to connecting household brands with that elusive millennial audience," Rising Star Racing founder Art Wilmes said in a slightly-cringe-inducing press release. "We're beyond pleased to have Loki with us on Spencer Pigot's car for the Toyota Grand Prix of Long Beach."

"RSR is stretching the boundaries of promotion once again by combining the coolest canine out there with our wheel-man Spencer Pigot," the statement continued.

Not only will the Insta-famous pup's face be painted on the side of the race car, but Loki will be on hand at the race to wish his new driver good luck.

"It's going to be great to have Loki with us in Long Beach," Pigot said in the same release. "Loki has an adventuresome spirit, and I really hope he enjoys his time with us in the Verizon IndyCar Series paddock." Because there's nothing dogs love more than continuous, high-volume mechanical cacaphony.

For those not well-versed in the realm of Instagram celebrity animals, Loki the Wolfdog is an adorable wolf/malamute/husky hybrid with 1.4 million followers on the photo-based social media site. Based on his posts, Loki and his owner Kelly Lund appear to spend most of their time adventuring across the wild lands and open roads of the American West, giving us a great excuse to embed a whole bunch of cute dog Instagram posts into this story.

Loki also appears to be sponsored by Toyota, based on the conspicuous presence of a new 4Runner in numerous posts. (To be fair, the #sponsored tag was a bit of a giveaway.)