Meanwhile, in the championship hunt, Josef Newgarden extended his lead as Simon Pagenaud slid into second place with two rounds left this season. 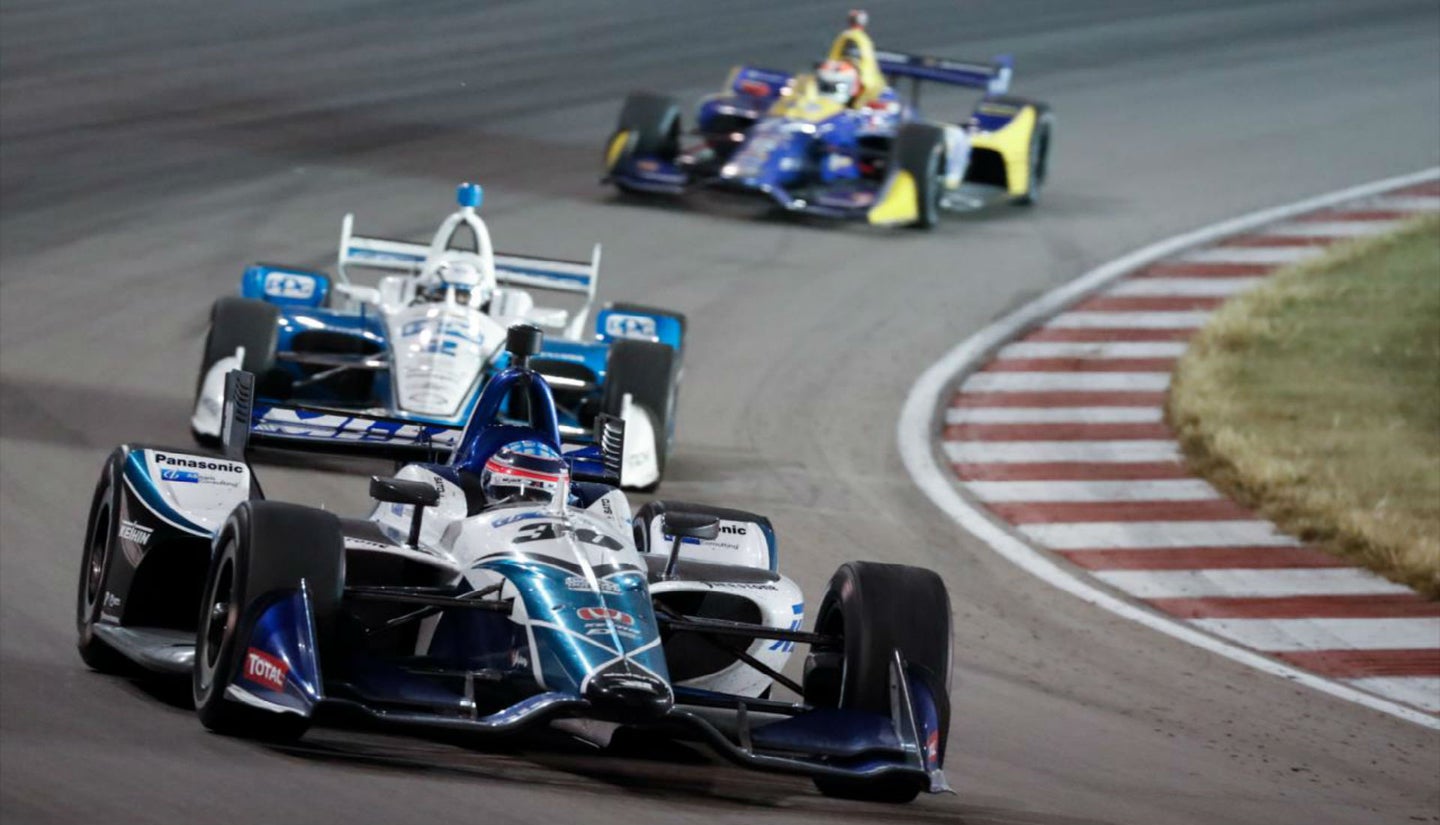 The under-the-lights event started with familiar shades of trouble as Sato made contact yet again with Ryan Hunter-Reay on lap one, though this time it was a racing incident with minimal repercussions (Sato was fined for his role in the Pocono collision). This forced both drivers further back in the pack as polesitter and championship leader Josef Newgarden pulled away at the front. JoNew would lead a total of 50 laps on the night which hosted an official race distance of 248 trips around the 1.25-mile oval.

Rookie Santino Ferrucci retained his stellar pace from Friday, leading a race-high 97 laps before finishing just outside the podium in fourth.

As anticipated, Saturday's end result was dictated by strategy—an aspect which looked bleak for Sato early on. Following his scuffle with Hunter-Reay, the Japanese veteran was in last place upon visiting the pits for the first time. However, he was able to manage both fuel and tires to compile a lengthy third stint which, compounded with a timely yellow, helped to bring him to the front of the field.

When the restart came about with just 40 laps to go, the trio of Sato, Carpenter, and Kanaan separated themselves from the rest. Kanaan would drop back but still manage P3, by far his best result of the season, leaving Sato and Carpenter to duke it out.

Sato's No. 30 RLL Honda improved as the night went on and temperatures dropped in the steamy Midwest, awarding him with the necessary pace to defeat Carpenter for the podium's top step.  In the end, Sato would beat Carpenter to the checkered flag by just 0.039 seconds.

“Nothing can top the Indianapolis 500 win, but this was an unbelievable emotional boost,” said Sato in victory lane. “I got unbelievable support from my team and a lot of the media, and I’m just so proud to be part of the RLL team and this series."

“Tonight was just so special.”

The NTT IndyCar Series now heads to the season's penultimate round at Portland International Speedway. Newgarden remains the points leader despite a final-lap spin that cost him precious positions, and points; however, the Tennessean now holds a 38-point advantage over Team Penske stablemate Simon Pagenaud and a sizable 46-point lead over Alexander Rossi. Double points available at the Laguna Seca season finale could present an equalizer to the season-long championship fight.

Robert Wickens, who is still rehabilitating from his life-threatening crash there last year, was the first of many to speak up about Sunday’s event.

In addition to landing Rossi for next season, Andretti also confirmed Honda will remain onboard as the team’s engine supplier.