Only five races remain in this 2019 season, and it’s shaping up to be a showdown between Newgarden and the ever-competitive Alexander Rossi. 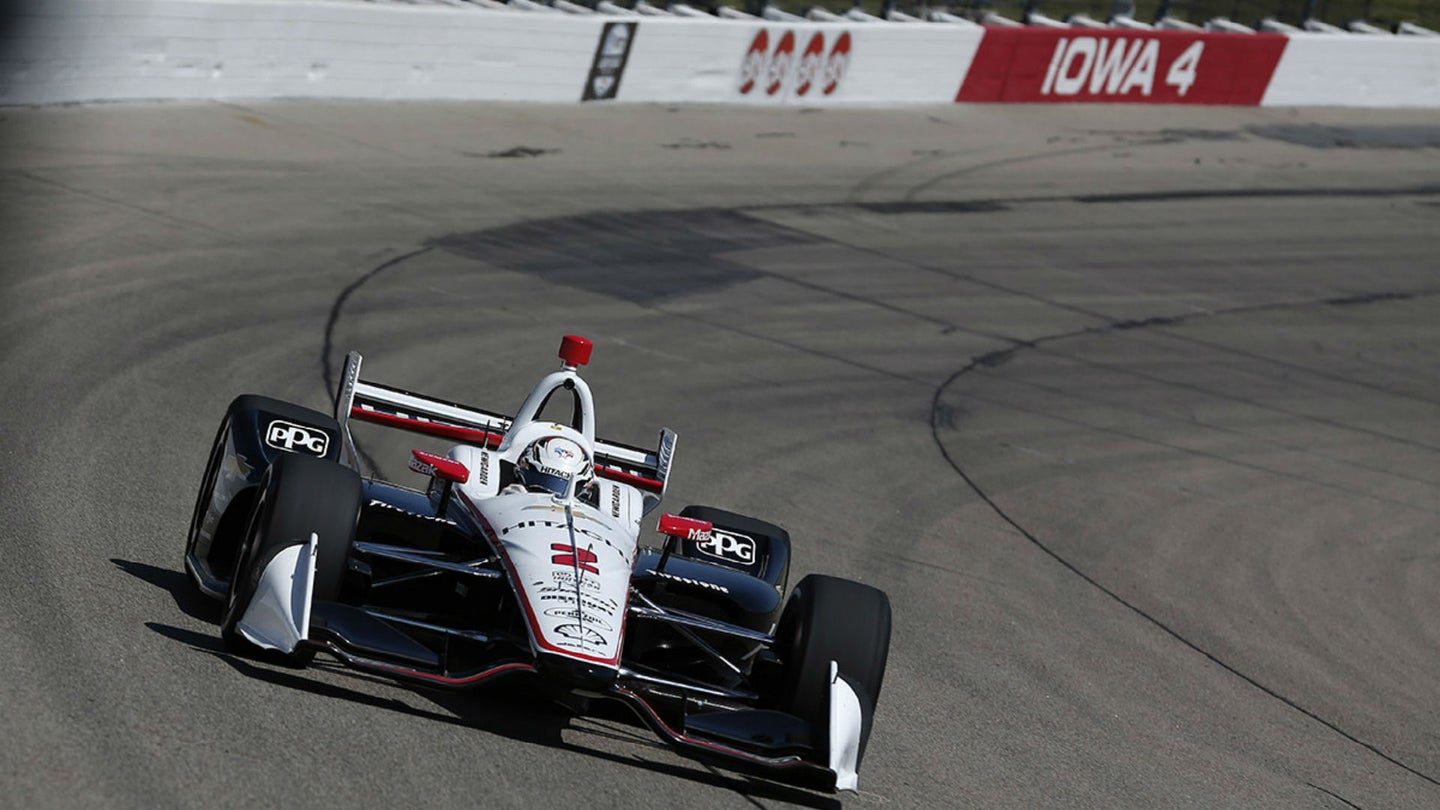 Team Penske's Josef Newgarden bolstered his winning reputation at Iowa Speedway Saturday night after dominating a weather-delayed contest at the 0.834-mile short oval. The 2017 IndyCar champion led 245 of 300 laps after polesitter and teammate Simon Pagenaud surrendered the lead early on, Newgarden also fending off five-time title-winner Scott Dixon who pulled off a late-race charge to P2. JoNew now holds a 25-point lead over second-place championship contender Alexander Rossi going into the next race at Mid-Ohio July 28.

Rain hampered IndyCar's under-the-lights spectacle at first as the initial green flag was scheduled to fly at 7:15 p.m. EST. However, the delay pushed action back to approximately 11:50 p.m. and—to the crowd's excitement—cars filled the grid and would go on to run the race's full distance.

Newgarden faced challenges from the series' toughest competitors, though his decisive move to the front resulted in a seven-second lead come time for the checkered flag. While Dixon overcame a one-lap deficit to finish in the runner-up spot, there simply wasn't enough time to catch the flying Tennesseean in first place.

Fan-favorite and 2018 Iowa winner James Hinchcliffe managed his first podium of the season with a third-place result.

“I don’t know if it’s our place,” said Newgarden, now a two-time winner at the Iowa bullring track. “But I’m much happier tonight, I can tell you that. I was really a little bit frustrated yesterday just because I knew we had a pole-winning car [and] we didn’t put it together."

“Look, yeah, I’m very competitive, and I don’t always show it, but you want to do well every session, every practice, every qualifying—you want to be the best. If you don’t want that, then why are you here?"

“I feel much better tonight. I really wanted us to win the race. I thought we had a car that could do that—a car capable; a team capable. I’m really pleased we were able to execute as well as we did tonight. We just did a good, solid job. Car was perfect, pit stops, great strategy from Tim (Cindric) and the boys. We got another win here."

Newgarden now holds a significant but not insurmountable lead over Alexander Rossi, though he faces a tall task going into Mid-Ohio following his opponent's impressive victory at the track last season. With just five races to go and double-points being awarded at the Laguna Seca season finale, the pursuit for Newgarden's second title and Rossi's first is hotter than ever.