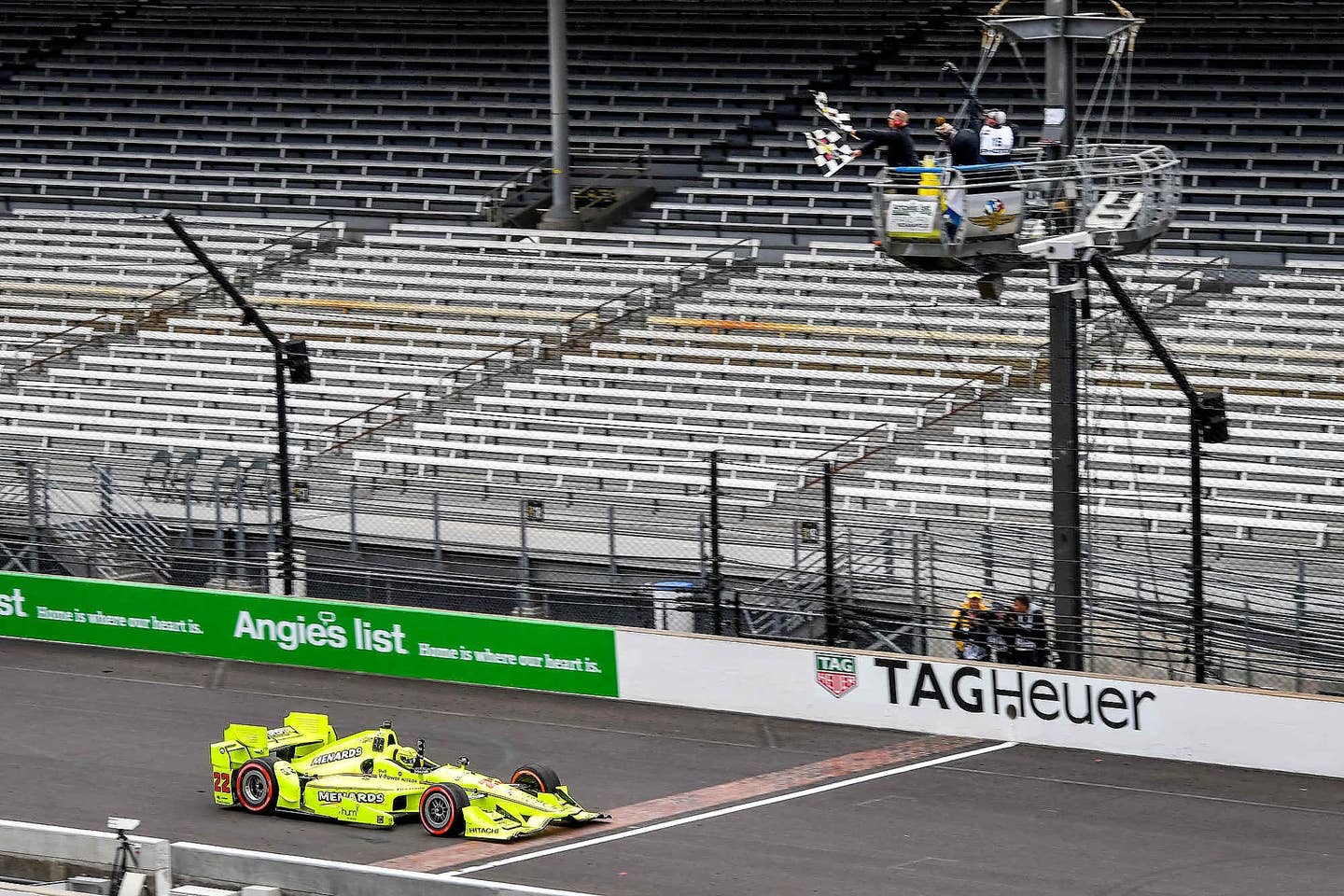 Simon Pagenaud made it three in a row – and three out of five – with his win today at the Angie’s List Grand Prix of Indianapolis. The race is run on the Indianapolis Motor Speedway’s road course, as a prelude for the big race on the oval in two weeks, the 100th running of the Indianapolis 500.

Pagenaud started from the pole in his No. 22 Menards Team Penske Chevrolet. “Three in a row is pretty incredible these days in IndyCar. It’s not just me, it’s the whole team. This car is magical.” Obviously.

Penske Teammate Helio Castroneves was second, and James Hinchcliffe was third, in the first Honda. Pagenaud’s streak leaves some of the top drivers without a win going into the Indy 500, including Castroneves, Will Power, Tony Kanaan, Graham Rahal and Sebastien Bourdais.

The only other winners are Penske driver Juan Pablo Montoya and Ganassi driver Scott Dixon, meaning those three drivers have an automatic berth in The Chase. Wait, IndyCar doesn’t have a Chase! Yet.