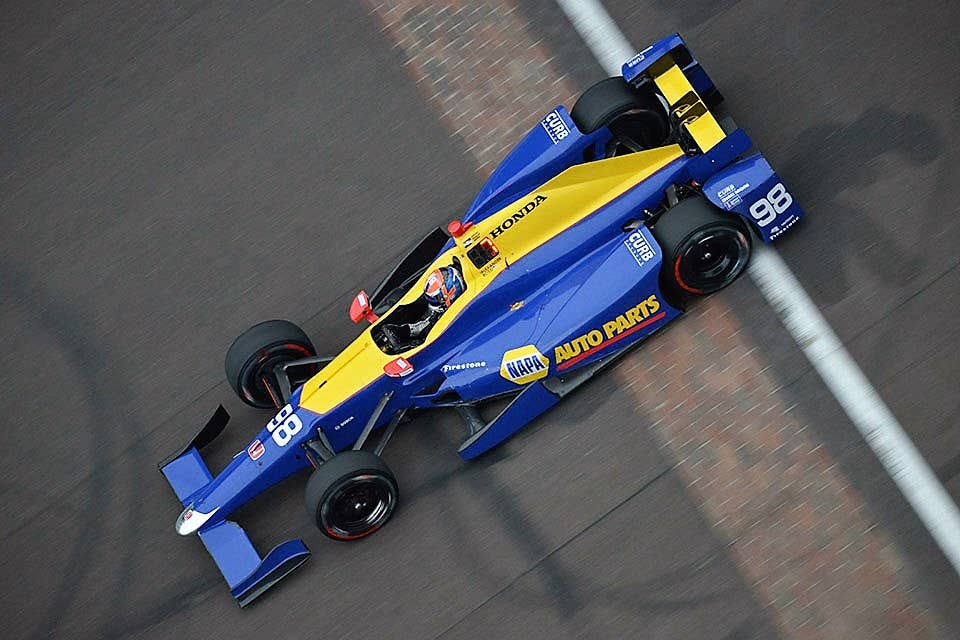 Alexander Rossi has become the first rookie since Helio Castroneves in 2001 to win the Indianapolis 500, and not just any Indy 500, but the 100th running?

If you predicted that, send us some lottery numbers.

Driving the number 98 NAPA Honda – giving Honda its first IndyCar win all season – for Andretti Autosports, under the guidance of ex-driver Bryan Herta, who helped get the late Dan Wheldon to his second Indy 500 win, Rossi saved enough fuel to make it to the finish line, but not enough to make it to Victory Lane, where he had to be towed.

Second, if it matters, was Carlos Munoz, who had to get fuel for his Honda, a team car to Rossi. Third was Josef Newgarden, driving for Ed Carpenter in the first Chevrolet.

Rossi, 24, is from California, but he is relatively unknown to most U.S. fans, because he spent most of his career in Europe hoping for a Formula 1 drive. Which he made for a few races. But now, he’s in the history books.

“I have no idea how we pulled that off,” Rossi said. “I can’t believe that we’ve done this. I’m driving for the best team in IndyCar right now. We were 33rd, we rolled the dice and made it happen.”

As better-known leaders peeled off for last-minute fuel stops, Rossi stayed out, not knowing if he would make it to the checkered flag.

Giving us a trifecta of relative Indy unknowns: Rossi, Munoz and Newgarden. But that’s the Indy 500.