Even on the ground, air racing is as dangerous as it gets. 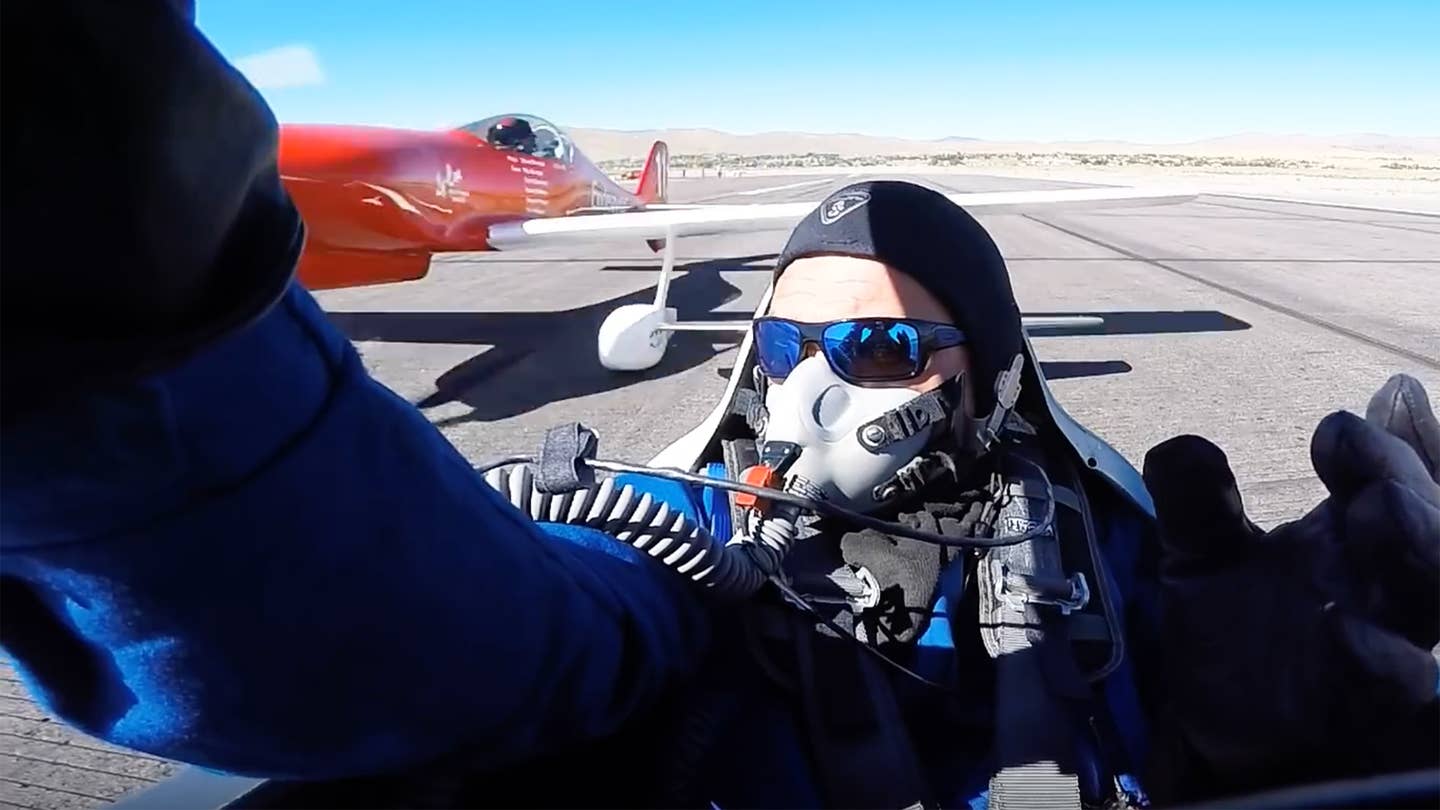 Say what you will about the risks of racing cars or motorcycles; the annual Reno Air Races take the cake for danger. The event dates back to the 1960s, when surplus WWII era aircraft were plentiful, and apparently pilots were too. Racing NASCAR-style against other pilots around track in the sky, the race is a spectacular display of human skill and accomplishment. It's also had it's share of heartbreak and tragedy.

In this video, Formula One pilot Thom Richard escapes one of those tragedies by the thinnest of margins. When his airplane "Hot Stuff" develops engine trouble just before takeoff, Richard signals to the race organizer that he won't be able to take off by cutting his engine and raising his canopy. As the footage shows, that message apparently wasn't received by the other aircraft preparing for takeoff.

Seconds after two other racers pass off the wingtips of Richard’s airplane another racer appears directly behind the stranded aircraft – clearly on a collision course. Richard, whose arms were out of the cockpit and signaling the race organizer, and whose head was only slightly under Hot Stuff’s turtle deck, simply had no place to hide.

Somehow, despite taking a hit on the hand from a speeding airplane, Richard made it through the collision without major injuries. Like any other racer, on climbing out of the wreckage, most of his frustrations seem to involve the needless waste of good hardware.

High performance aircraft, especially “tail draggers” like these Formula One racers, frequently have abysmal forward visibility on the ground. While it explains why the pilot of the other plane involved in the accident didn't attempt to avoid Richard’s aircraft, it doesn’t satisfy the bigger question of how the heat was green-flagged in the first place; a dangerous occurrence that seems to be as common on road courses as it is on runways.