Why Josef Newgarden Can Expect a Stern Talking-To

In today's big-league racing, it's possible to go too fast. 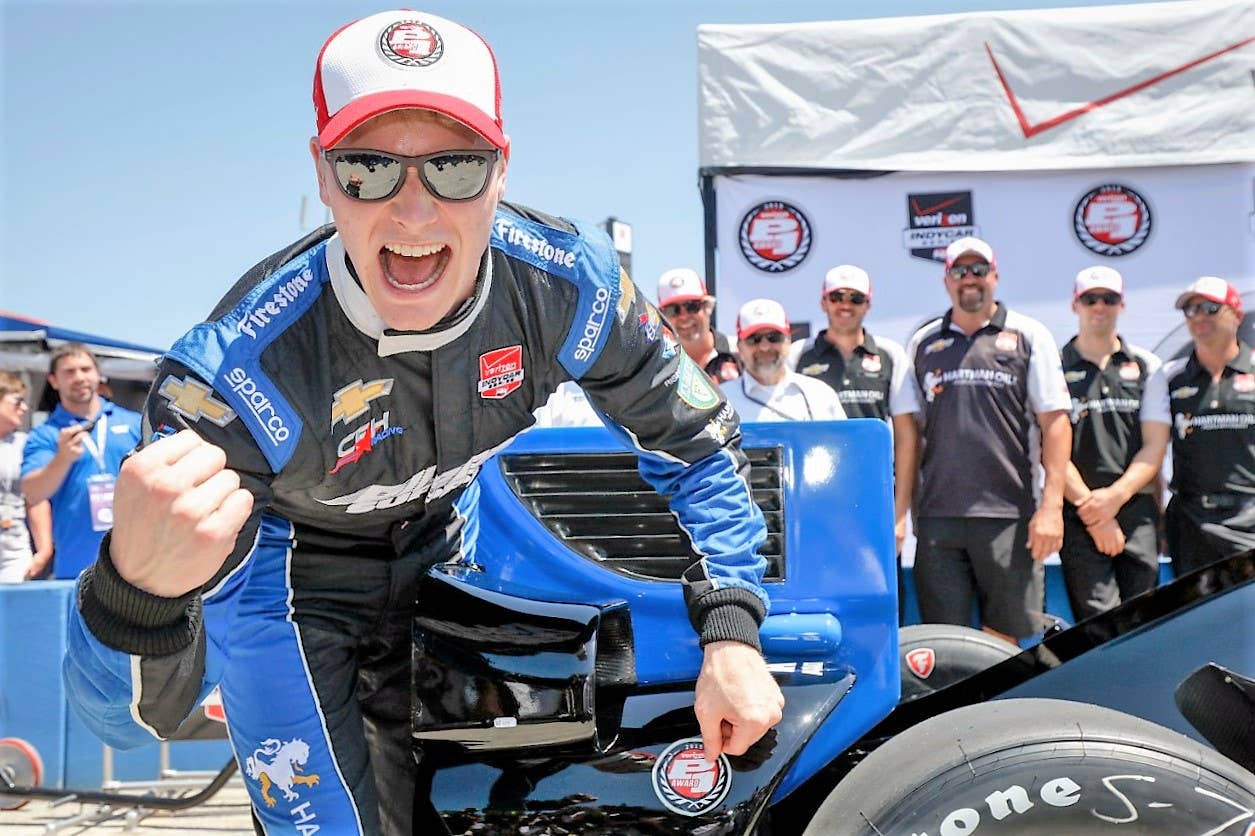 IndyCar driver Josef Newgarden almost did the unspeakable today at Iowa Speedway, as he won the Corn 300, possibly the first major motorsports event named for a vegetable. (Or a grain, or a fruit – Google it and join the argument!)

It wasn’t that Newgarden won, and was, in fact, never seriously challenged (Chip Ganassi strategist Mike Hull said Newgarden was “in another solar system”), it was what Newgarden did in the first third of the race, just past the 100-lap mark.

Newgarden, in all green-flag racing, lapped the entire field, with the exception of Simon Pagenaud, the pole sitter. Fortunately for IndyCar, Ryan Hunter-Reay’s engine exploded, bringing out a yellow flag on lap 109, and even though there were only two cars on the lead lap – Newgarden and Pagenaud – the NASCAR-inspired “wave around” meant that when they went back to green flag racing, suddenly there were 11 cars on the lead lap.

In case you haven’t noticed, in the past couple of decades, racing in the U.S. has become gerrymandered by the sanctioning bodies, with one goal: Every car goes exactly the same speed, with the ideal being that everybody crosses the finish line and exactly the same time. Inconveniently, that doesn’t happen, but it isn’t for lack of trying, as cars from slow manufacturers get sped up, and cars from fast manufacturers get slowed down. Because nowadays, it’s generally thought that when any team – racing, baseball, football, squash – gets too big a lead, we’ll lose interest and change the channel or start texting or, and this is a stretch, start actually talking to each other.

So here’s the point: When was the last time you heard of a driver lapping almost the entire field under green? Can you imagine what would happen in NASCAR Sprint Cup racing? Well, pessimists would suggest that they’d throw a mysterious caution flag for Jacques Debris before they’d let that happen, but man, just the thought that somebody had it figured out to the point where they could embarrass the entire field by lapping them would cause a massive peeing of pants at the headquarters of any sanctioning body.

Especially if it is, for God’s sake, Josef Newgarden, in a B-list car owned by Ed Carpenter – who is not Roger Penske, or Chip Ganassi or even Michael Andretti.

Anyway, if you saw it, you saw something that used to happen all the time – remember when David Pearson won the Rebel 400 at Darlington, South Carolina by three laps? Yeah, I don’t either – but pretty much never happens now. Or will again, if the majority of sanctioning bodies have their way.