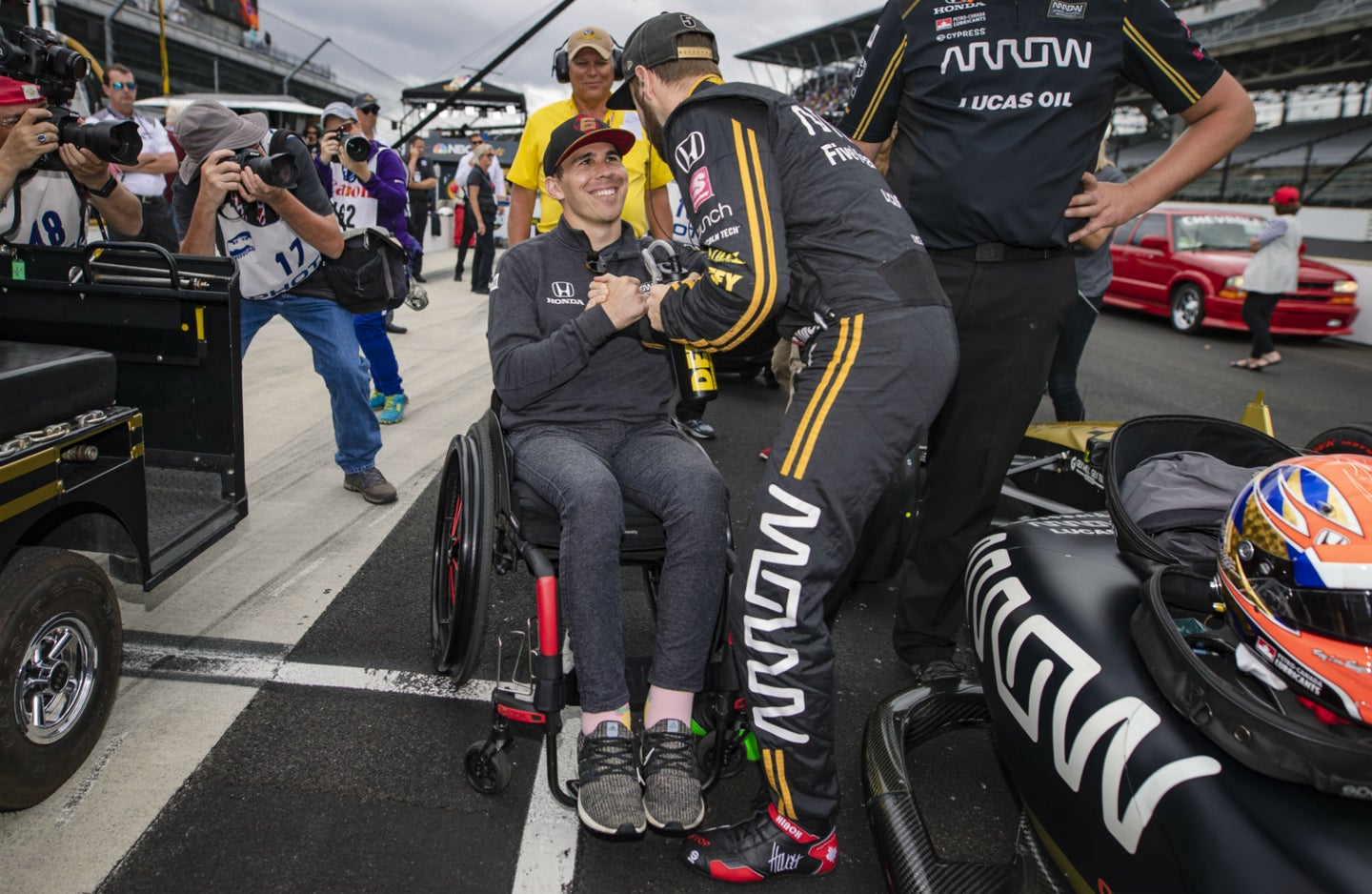 IndyCar fan-favorite Robert Wickens, who was left temporarily paralyzed after a horrific crash at Pocono Raceway last year, will soon return to the driver's seat as Arrow Electronics has specially prepared an Acura NSX for the Canadian racer. Wickens will pilot the supercar courtesy of hand controls in a demonstration during the Honda Indy Toronto race weekend, in front of the 30-year-old's home crowd.

Arrow Electronics announced the news on Monday, and Wickens followed it up by saying he will head the IndyCar field during Sunday's parade lap prior to the race.

“Basically, I get to be pole position for the race—kinda—which is a blast,” Wickens said. “I’m just so excited. I can’t wait to get a helmet on (and) go around in an amazing car.”

Arrow, a Fortune 500 electronics company, serves as the title sponsor for Arrow Schmidt Peterson Motorsports, the team for which Wickens drove in his lone active IndyCar season. Arrow also modified a C7 Chevrolet Corvette for quadriplegic team co-owner Sam Schmidt, allowing him to drive the car with head inputs.

Wickens' fiancé Karli Woods will ride alongside him in the Acura NSX for the parade lap.

“I just can’t wait to get going,” he added. “I need to learn these hand controls to see how quick I am. I’m going to be driving as fast as I can.”

The man who broke out as a star IndyCar rookie in 2018 explained in an interview that the setup is not as complex as that used by Alex Zanardi, a former CART driver who lost his legs in a 2001 crash and drove in this year's Rolex 24 at Daytona. Additionally, Wickens mentioned that he's working on returning his legs to fully functional condition as quickly as possible so that he may be able to race again in a normally equipped car.