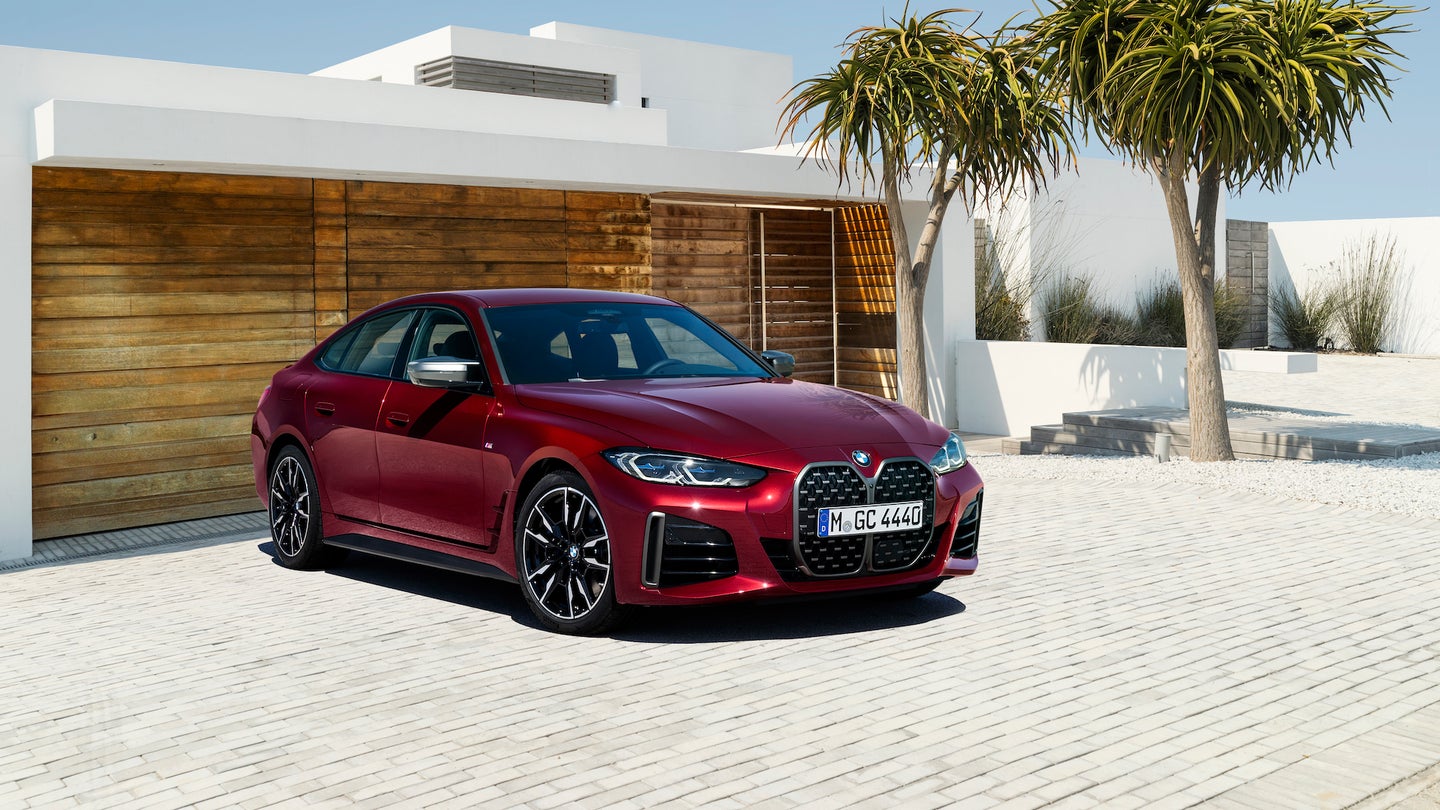 Those who made fun of the four-door 4 Series' redundant premise as a four-door version of a two-door version of a four-door car might soon have their armchair product planner licenses revoked, because BMW's more practical 4er is getting a sequel. The second-generation 2022 BMW 4 Series Gran Coupe is here and it combines one easily mockable BMW-ism—four-door coupes—with another: the bucktooth 4 Series grille.

It's essentially the perfect car for the cross-section of people who want the big vertical grilles with four doors... but don't want to spring for the high-performance M3 or the electric i4. In fact, its shape should be familiar to those who have already seen the recently-revealed i4 since, style-wise, this looks pretty much like BMW's new EV but with all of its "electric-y" elements stripped away.

Just like the Coupe and Convertible versions of this car, there are two powertrains to choose from. A rear-wheel-drive 430i Gran Coupe uses a 2.0-liter turbo-four to make 255 horsepower while the all-wheel-drive M440i xDrive Gran Coupe is powered by a 3.0-liter turbocharged straight-six making 382 hp. The four-door M440i gets from zero to 60 mph in 4.4 seconds, 0.1 seconds slower than the equivalent Coupe which happens to weigh 192 pounds less. Meanwhile, the four-door 430i gets to 60 in 5.8 seconds. Neither of them, however, can match the electric i4 M50's 62 mph time of 3.9 seconds.

In any case, all-wheel-drive 430i xDrive and rear-drive M440i versions of the Gran Coupe will be introduced in the near future.

Got a tip or question for the author about the 4 Series Gran Coupe? You can reach them here: chris.tsui@thedrive.com

The i4 aims to offer that classic BMW driving experience. But will it?