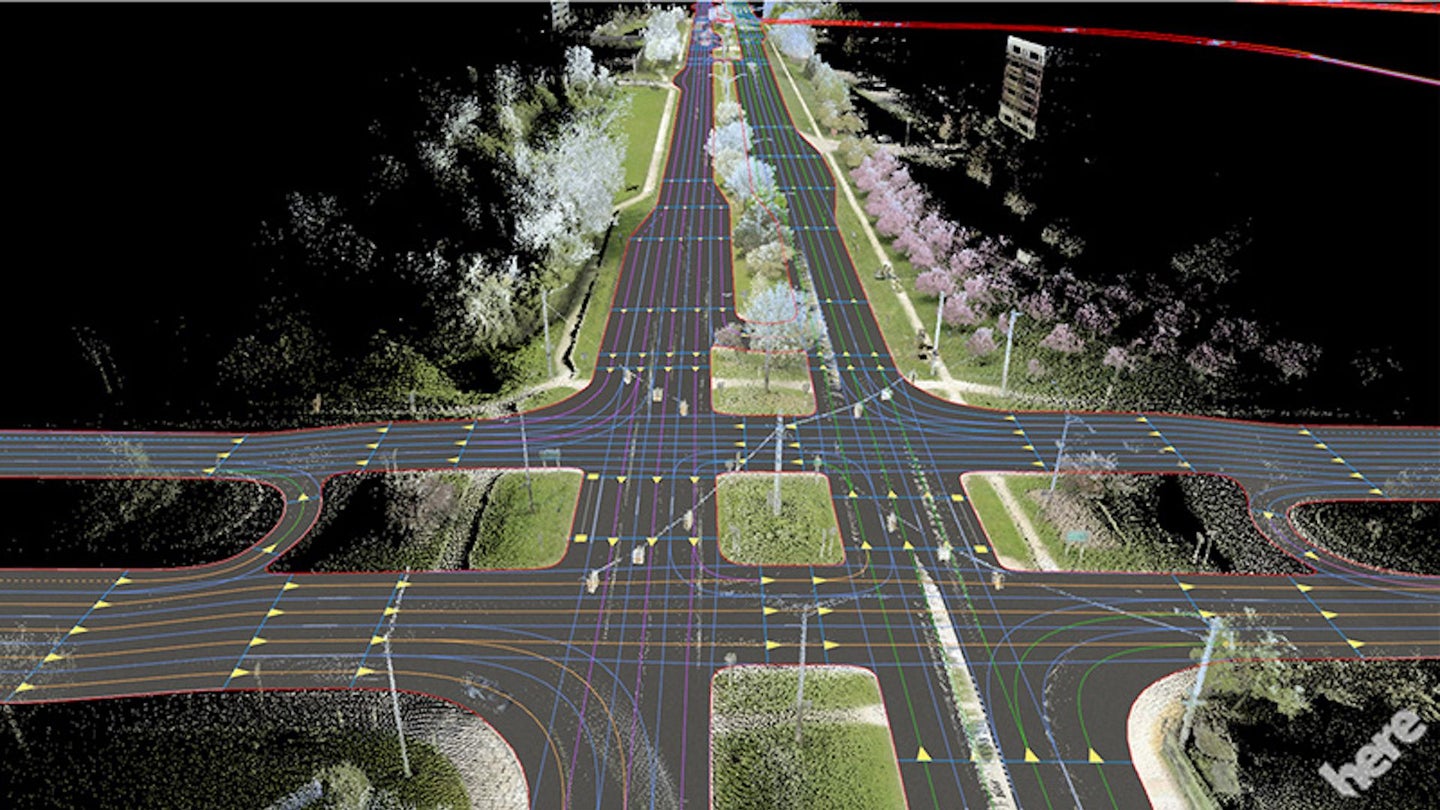 Mobileye will have help from the largest automaker in the world to create the detailed maps needed for autonomous vehicles. Vollkswagen made its partnership with Mobileye official, and will turn its fleet into map data gathering machines. Soon all new VWs equipped with the supplier's camera-based ADAS system will be sending information about their surrounding environment to the cloud to build the Israel-based technology company's detailed "Roadbook" map.

Roadbook is Mobileye's highly accurate map that is continuously updated using crowdsourced data it receives from vehicles on the road. These camera-equipped vehicles collect information about their driving path’s geometry and stationary landmarks around it. The data is analyzed on-board using Mobileye's real-time geometrical and semantic analysis, and relevant information is packed into small capsules called Road Segment Data (RSD) and sent to the cloud. Mobileye's map aggregating server analyzes and reconciles the RSD to build Roadbook.

The partnership between Mobileye and Volkswagen also sets an industry-wide standard that can be used by other automobile manufacturers to share and benefit from crowdsourced map data, according to Volkswagen.

“The Volkswagen agreement is a turning point. It not only utilizes crowd-sourcing technology to automatically generate high-definition maps and scale them cost-effectively. A much more important aspect is that the agreement provides a framework for industry-wide cooperation between automobile manufacturers to jointly produce the map contents that are needed for autonomous driving," Professor Amnon Shashua, co-founder and Chief Technology Officer of Mobileye, said in a news release.

Other manufacturers may use Mobileye's mapping standards

Volkswagen gives Mobileye access to millions of vehicles from which it can harness mapping data all over the world. It recently overtook Toyota as the world's largest automotive manufacturer with 10.31 million sales in 2016. But the camera supplier also has relationships with many auto makers that may become part of the mapping fleet in the future. Mobileye is working with Audi and BMW to develop autonomous vehicles, and has engaged in talks with General Motors to integrate Road Environment Management (REM) into existing product launches.

Data will be integrated with HERE maps

Ultimately it's HERE that will benefit from partnership providing the real-time data layer. HERE is a navigation data supplier jointly owned by Audi, BMW, Daimler, Intel and two Chinese investment firms. The mapping company was purchased from Nokia for $3.1 billion in 2015 as a way to compete with Google Maps. Last year HERE announced that it would work with Mobileye to acquire real-time map data, and will integrate Roadbook into its HERE HD Live Map. HERE 360's maps are currently used by more than 100 million vehicles, which could form a mammoth data gathering and sharing swarm in the future.