We’ve been told there are a lot of Americans who really like soccer. Apparently some of them work at Audi. 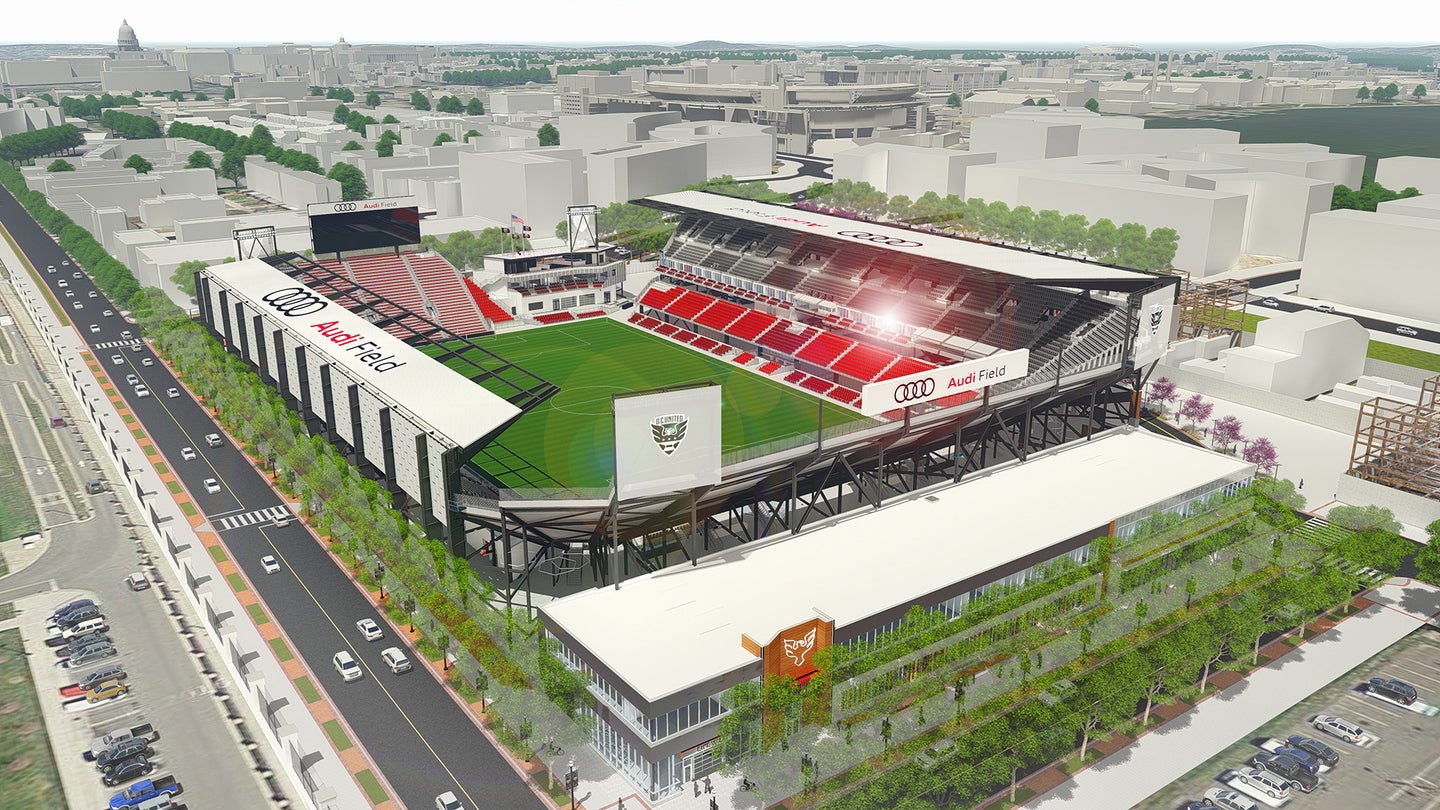 Audi Field, as the new stadium will be called, will open in 2018 in the southwestern D.C. neighborhood of Buzzard Point. The 20,000-seat facility is also intended to be used for concerts and other events that require, well, seating for 20,000 people.

And it may have paid plenty for it. A source told Bloomberg that the decade-plus contract for the new field is one of the three priciest naming-rights deals in MLS, ranking in line with the $6.6 million a year Banc of California pays for the right to keep its moniker on the LA Galaxy's stadium.

The carmaker has had a long history of supporting the sport the rest of the world irritatingly calls "football." Audi has been the official automotive sponsor of America's Major League Soccer since 2015; it also also sponsored Munich-area professional German soccer team FC Bayern München since 2002.

D.C. United is one of the 10 charter teams in MLS, dating back to 1996. It's the second-most successful franchise in the series, with four overall championships. (The only team with more? The LA Galaxy.)

Audi, along with several other U.S. branches of the Volkswagen Group, is headquartered in Herndon, Virginia, roughly 25 miles from RFK Stadium, the home D.C. United currently shares with the Washington Nationals major league baseball franchise.