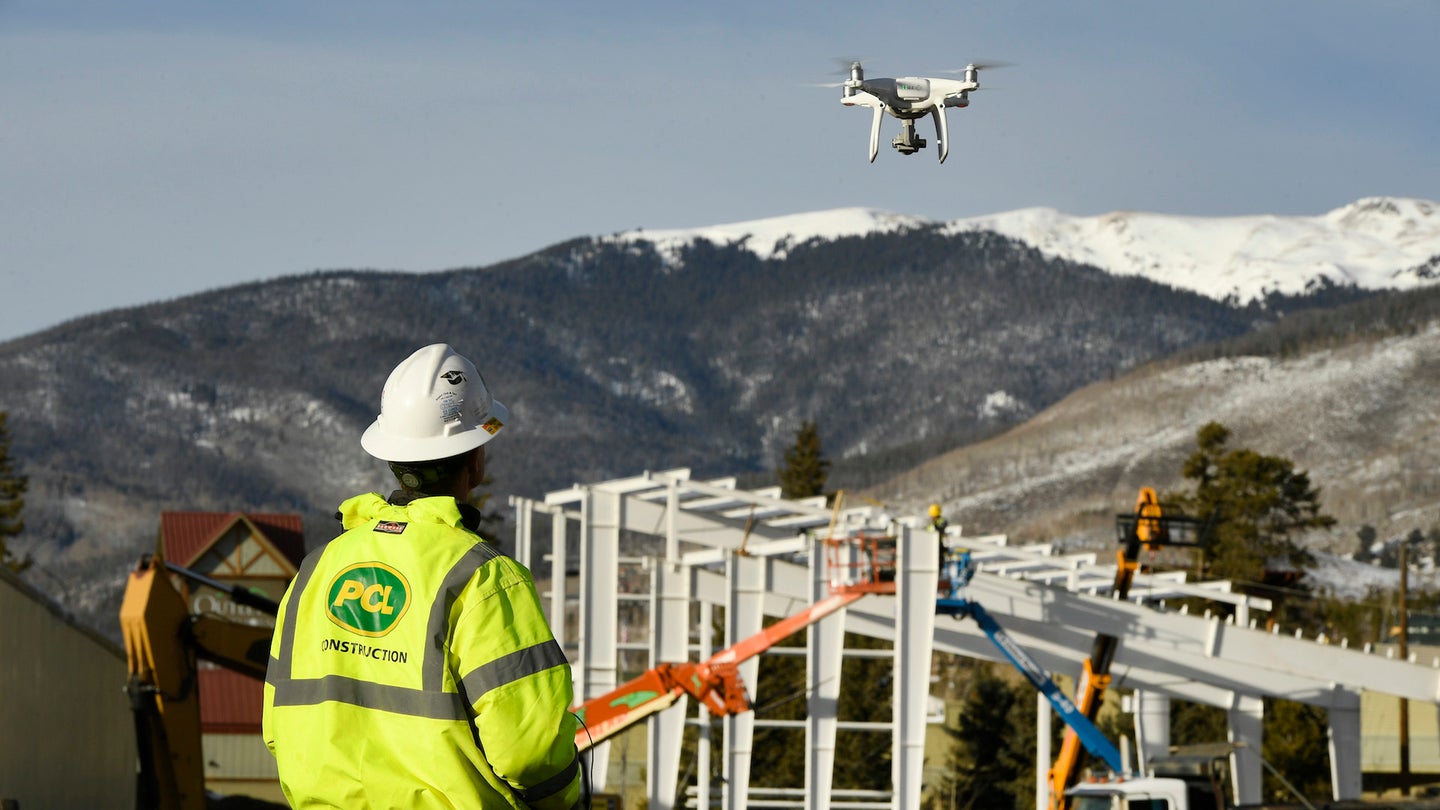 When user-friendly hobby drones became technologically sophisticated enough for professionals to improve their businesses with, the modern unmanned aerial vehicle began drastically influencing a wide swath of industries. According to CNBC, the construction field has seen a stunning 239 percent increase in drone usage year over year. McCarthy Building Companies, which holds a spot on Forbes’ list of America’s Largest Private Companies with $3.5 billion in revenue, is certainly responsible for some of the shift in this particular landscape.

For Ryan Moret, who serves as field manager for the St. Louis-based construction company, the DJI Phantom 4 is just another part of the daily toolkit he packs before heading out to a new site. As the intuitive, camera-embedded drone is fairly easy to use and can provide inexpensive, high-definition aerial imagery of construction sites, the decision to use it as such is a pretty easy one for Moret.

“The cost of the tool is low enough [and] the quality of data we’re receiving is just intrinsically valuable when we see it,” he said. Moret was the first licensed drone pilot for McCarthy Building Companies, with his first assignment being to survey the Plano, Texas-based Children’s Health hospital as soon as he was certified to do so. In the early days, of course, the idea of relying on a UAV for surveying purposes was a little intimidating. “You’re a little nervous because you don’t know what to expect,” Moret said.

As UAVs become easier to use and more practical as the years go by, they’ve begun to replace helicopters for newsgathering services, and become an invaluable asset it monitoring, surveying, and mapping sites in industries such as agriculture and construction. With a variety of cameras ranging from high definition and ultra-high definition to night vision and thermal imaging, drones have simply become too functional and affordable not to implement in an ever-increasing list of use cases.

“The photos we’re used to getting were a lot further away,” said Moret about conventional airplane-based imaging, as planes “can’t fly slow, can’t hover in spot.” We’ve reported on construction companies changing their business models through drones before, such as Skycatch modifying 1,000 DJI drones with machine vision software for more efficient logistics and mapping purposes. “When trouble arises, something got covered up, or when conditions change and we have to look at where something was, [a] picture is worth a thousand words—and a thousand dollars,” Moret explained.

Ultimately, while drones in construction aren’t new, the continuous increase and growing adoption on behalf of companies who’ve traditionally relied on conventional methods is certainly an exciting shift. With new technologies come newer potential approaches and methods to age-old problems, and standard construction procedures are definitely in the middle of changing substantially. With drones already altering some of the day to day decision-making here, it’ll be exciting to see just how far they’ll go in transforming the industry as a whole.