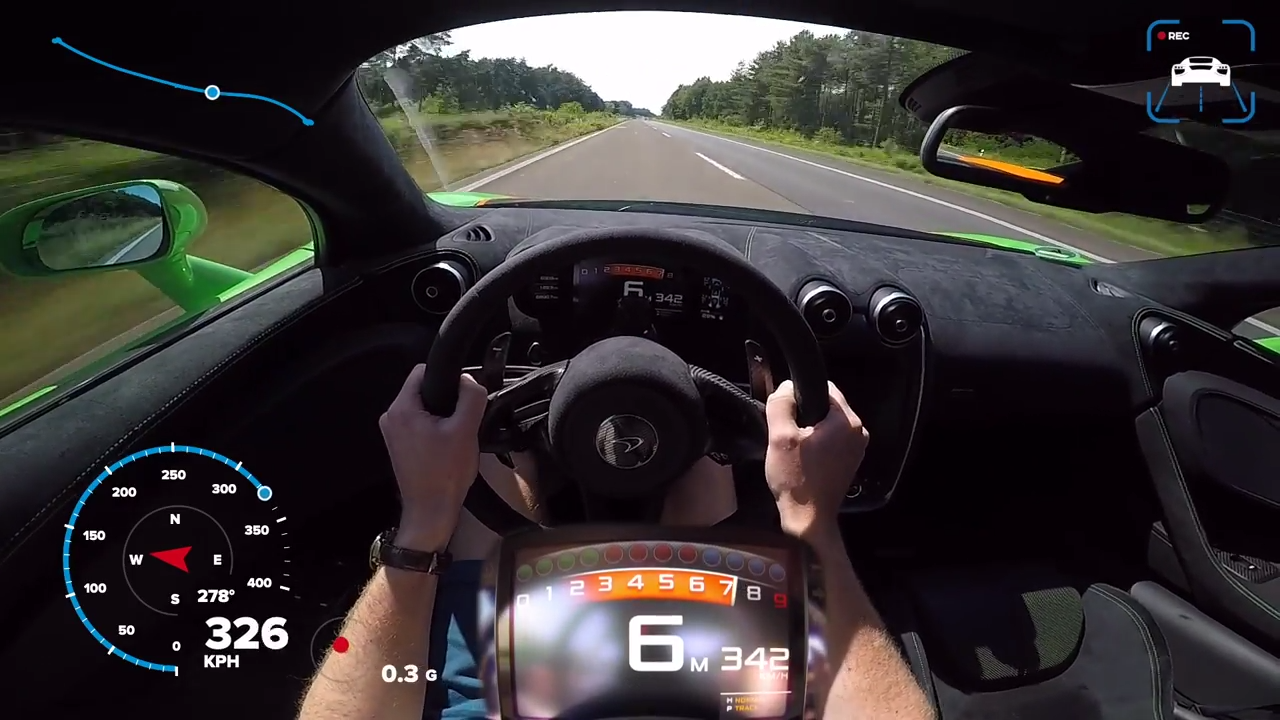 The McLaren Sport Series may be known as the marque's "entry-level" offerings, but that doesn't mean the 570S isn't capable of some proper fireworks in its own right. A new first-person acceleration and top speed video put together by AutoTopNL shows what happens when you really let that 3.8-liter V8 gallop, and it's one hell of a ride.

With 570 horsepower on tap and a top speed of 204 mph, the McLaren 570S is no slouch in stock form. This particular 570S features a RaceChip tune that supposedly boosts power up to 676 horsepower, though a note in the video claims the tune was turned off for this video. If that's true, then it's further evidence that McLaren has a habit of underrating their cars, as the driver pushes past the stated top speed with ease.

From a standing launch on the side of the German Autobahn, he accelerates up through 150 mph in less than ten seconds. The climb from from there to 212 mph is not quite as easy, but the driver lucks out with a clear stretch of straight road and pushes the McLaren 570S right over the limit. Though the on-screen speedometer isn't calibrated correctly, you can see the "342 KM/H" on the instrument cluster projection at around 2:33.

The driver makes a few more attempts as the video goes on, but each time he's foiled by traffic or a curve in the road and doesn't quite reach the same heights. But it's still a lot of fun to watch—the way the landscape blurs around the jet-like cockpit gives the illusion of piloting a roadbound rocket, and the helmet camera perspective adds a nice dose of realism to the proceedings.