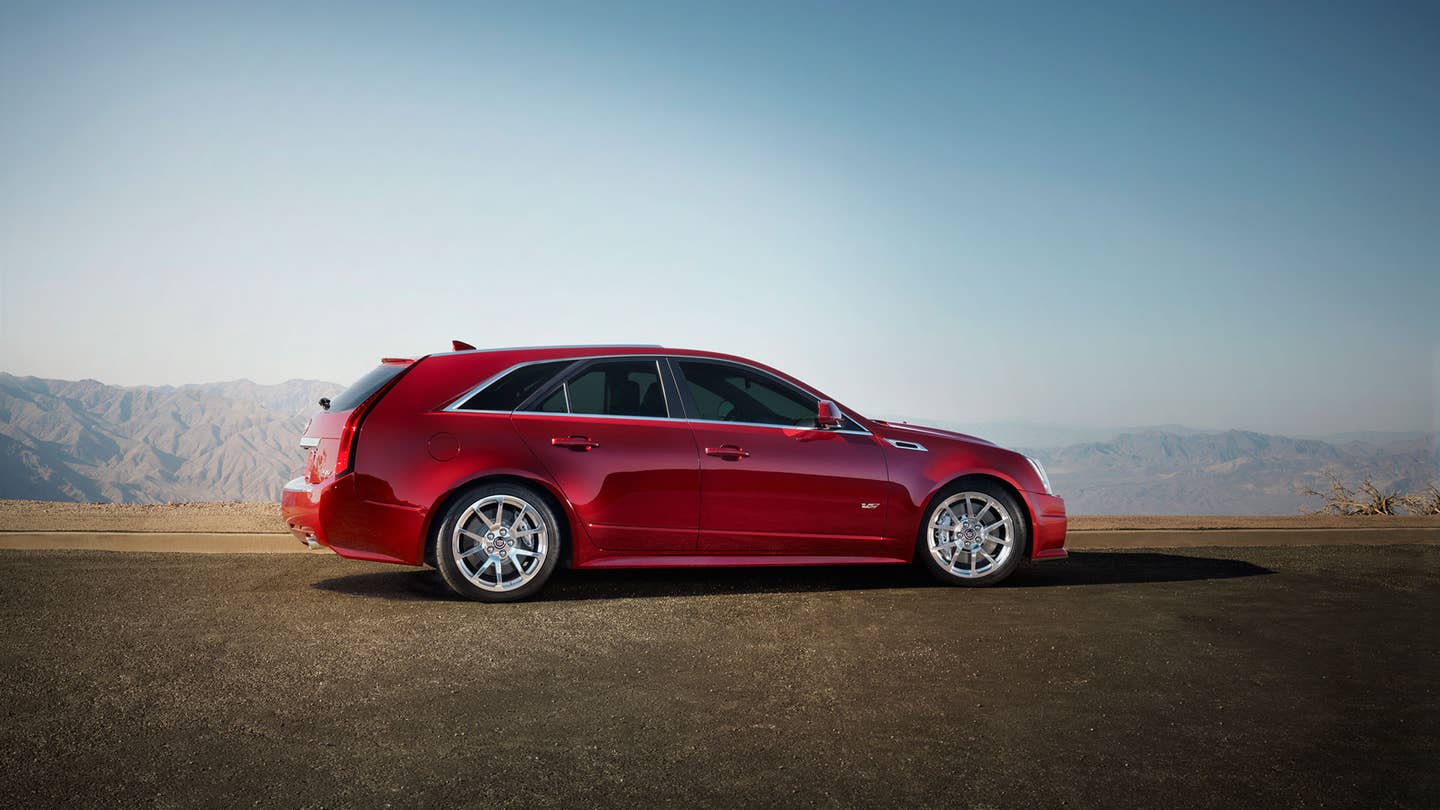 Before we were the State of Suburban, the Territory of Tahoe or the Republic of the Wrangler, America was wagon country. Sure, the long-roofed people-haulers were maligned by teens forced to drive the family wagon to prom and parodied in National Lampoon’s Family Vacation, but the best examples from the prime period, 1955 to 1971, were paragons of mid-century style and, most importantly, power. That is, party in the front, utility in the back.

During America’s most muscular years, the Big Three churned out ludicrously large V8s with enough torque to reverse the flow of the Detroit River and often, parents or surfers bent on picnic basket-destruction could option those motors in their station wagons. The Mopar 440, the Buick 455, the Ford 428 Cobra-Jet—all iconic, big-block engines, and all available in their respective brand’s family haulers. Mom, should she be inclined, could cook casseroles at home and then roll into two-tons of American steel—replete with rear-facing jump seats—and cook tires all the way to book club.

While we’re excited for upcoming Jeep Grand Cherokee Hellcat—and its 707 shenanigan-fueling horsepower—we can’t help but mourn the swaggering American muscle wagons. In honor of the ultimate Q-ships, here are the eight, great, American power wagons. Long may they burble.

While a two-door wagon overseas gets the fancy “shooting brake” moniker, the marketing folks at Chevy went with “Nomad”—short, unpretentious, adventuresome. Based on the Bel Air, the 1955-1957 retains some of the most aggressive styling ever applied to a wagon—so striking, that many believe the 1970 Range Rover Classic copped more than a couple angles. With the “Super Turbo Fire V8” offering 283 horsepower from 283 fuel-injected cubic inches, the Nomad also ushered in the era of the performance wagon.

Based on the Galaxie, the handsome ‘66 Ford Country Squire could also be optioned with the famous coupe’s biggest motor: the 7-liter Cobra-Jet V8 nabbed from the contemporary Thunderbird. With room for ten, the wagon needed those 345 (underrated) horses.

Optioned correctly, the enormous Polara wagon bore the same suspension and enormous, Mopar 440 V8 as the famous CHP Polaras. Famously understressed, the 7.2-liter V8 could scoot all that sheet metal to sixty in under 9 seconds—great for the day.

This one’s special. The 1970 Buick Estate was a one-year model, caught between 1969’s midsized Skylark Sports Wagon and 1971’s Electra-based behemoth. To get a 5,000-pound wagon to sixty mph in 8.5 seconds, you need a lot of motor. The Buick 455 is famous for its surge of torque and its quiet operation, despite four carburetors and an enormous 7.5-liter capacity. Find one in a muted avocado and cruise, knowing your family car’s 510 lb-ft surpass most true muscle cars.

Using the same mammoth motor as the Buick, the Oldsmobile Vista Cruiser also provided a glass roof so kids in the back could gaze skyward, watching the stars blur as mom accelerated from stoplights on the way home from the drive-in.

Chevy knows parents need fun, too. So, they fit the 1994-1996 Chevrolet Caprice wagons exclusively with a detuned LT1 V8 from the contemporary Corvette. Fitting such a car with some black, police-spec steel wheels transforms it into the quintessential, cool-dad hauler.

God loves a Hemi. People, too, though apparently not in a wagon body, as Dodge ceased production of the Magnum SRT8. In it’s last year in production, 2008, just 281 of the 425-horsepower wagons left dealer lots.

Here it is: the ultimate expression of American muscle in five-door form. Like its Caprice forefather, the CTS-V wagon rocked a detuned Corvette engine, here, a supercharged LS good for 556 horsepower. Plus, hot-rod proportions and Recaro seats right from the factory.