The 10 Muscle Cars Everyone Forgets About 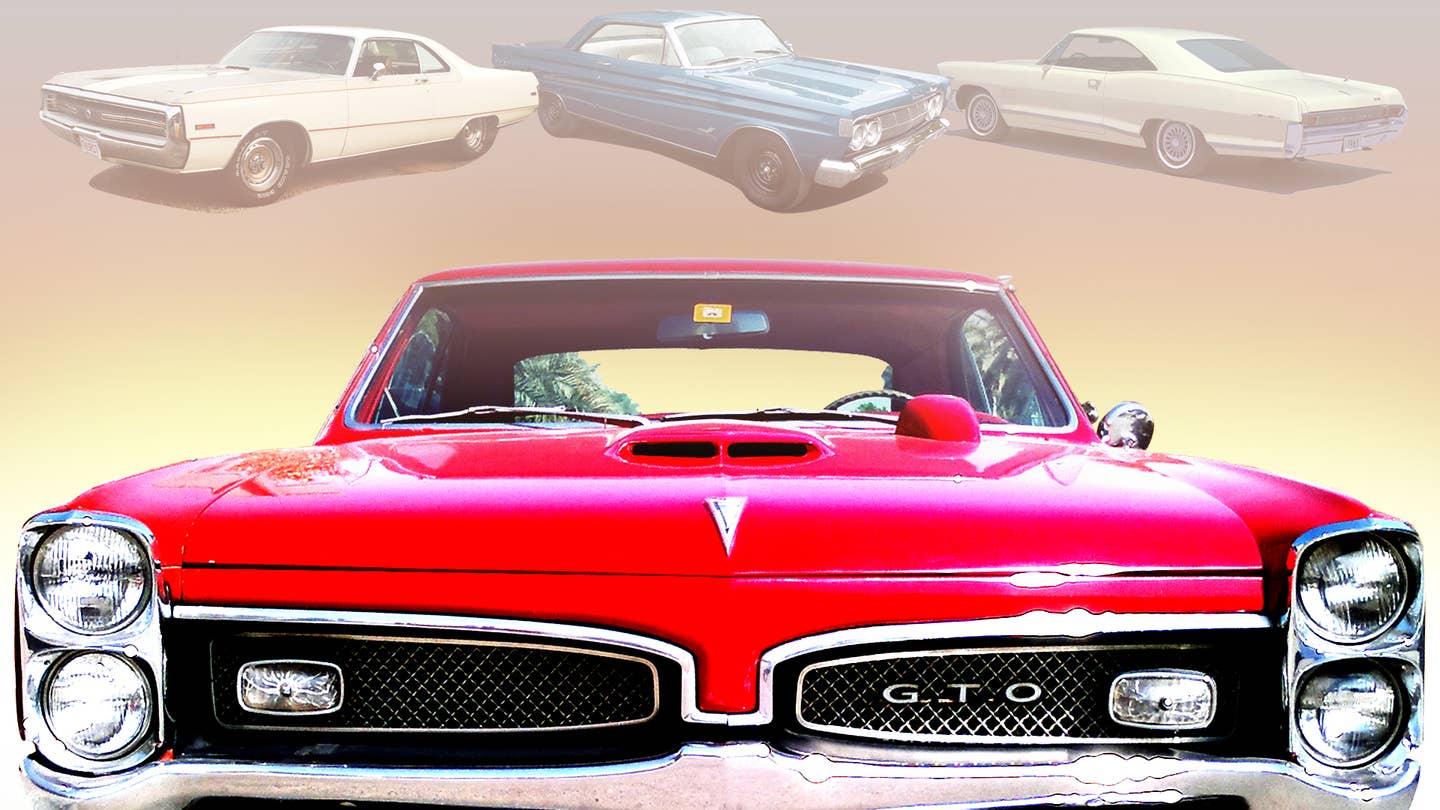 Rock ‘n’ Roll has Elvis Presley, Chuck Berry and the Rolling Stones—the most-loved icons of the genre. In the realm of the muscle car, running parallel to those stars are the Pontiac GTO, Plymouth Hemi Cuda, Dodge Charger, Chevy Chevelle and Buick GSX, the most celebrated and culturally significant of their kind. With long coupe bodies, big-block V8s and enough vinyl to side a suburban McManse, the classic quintet of muscle cars have enough mid-century swagger to rival even The King.

But what about the proverbial Big Mama Thorntons, Bo Diddleys and The Seeds? The cars pushing just as much power and style that have been forgotten over the years, living in the shadow of the fifty-foot letters, G-T-O? During Big Muscle’s prime years, 1964 through the gas crisis of the early Seventies, Detroit churned out super-powerful cars at a reckless rate; today, only a few are held aloft. To rectify such amnesia, we’ve lined up the 10 muscle cars forgotten by the masses—not out of hipster-y, in-the-know superiority, but because we love the muscle car too much to let its middle-children die from neglect.

That’s not just metaphor—for every cherry red Chevelle shined to a blinding finish is a 427-equipped Chevy Kingswood rotting in a barn. Please, go find ‘em.

The 1965 Pontiac 2+2 makes up one end of the largest affection gulf in the muscle car world, with the other bracket being the iconic '65 GTO. Following the success of the Goat, Pontiac brought performance to its larger B platform. Based on the Catalina, the 2+2 married luxurious seating for four and a high-compression 421-ci V8 with available Tri-Power carburetors. Some sites claim Car and Driver got one to sixty in 3.9 seconds—which is impossible—but the 2+2 was certainly fast enough to deserve the “muscle car” moniker.

Back in the days before most Americans bought cars off the lot, Chevrolet (and other manufacturers) offered customers nearly any body style with nearly any engine. In 1969, that meant Chevrolet’s Kingswood family wagon could be fitted with a fire-breathing 427 V8. It’s muscle in a housedress.

Sure, we included the 1970 Buick Estate in our list of great American wagons. But it belongs here, too: 510 lb-ft of torque shove this elegant estate right into the fray of the American muscle canon.

Caught between the contemporary Pontiac GTO and Oldsmobile’s own 442, the Rally 350 is one of the most obscure muscle cars ever made. In response to rising insurance rates, Olds released this badass-on-a-budget Rallye 350. Every exterior surface, from wheels to bumpers, was bright yellow, and the 350-ci V8, downsized, still got the smaller coupe to sixty in 7 seconds.

Like its brother, the ‘69 Mercury Cyclone Spoiler, the Torino Talladega was a NASCAR special. Based on the Fairline, the Talladega’s fastback shape was built to win races. Still, that year, the aerodynamic Charger Daytonas debuted, beating out Ford’s hard work. Today, 428 Cobra Jet-equipped Torino Talladegas offer a cheap alternative to that sharp-nosed homologation hero.

Mercury’s version of the Falcon came with an optional hot performance pack, the “Cyclone.” Furthermore, fifty cars were equipped with a 427-ci V8 and two carburetors. Mustang? What Mustang?

Almost a decade after its famous 300 letter cars, Chrysler got back into the big-block muscle action with a special edition coupe, the Hurst 300. All 500 built came in a white and gold paint scheme and interior fittings from the Imperial—think tufted leather. Under the hood was a three-barrel version of the 440 Chrysler V8, with 375 horsepower. That was enough to get the 4,100-pound car to sixty in 7.1 seconds.

Sure, it’s not of the classic era and down two-cylinders, but when it was released in 1992, the GMC Typhoon was one of the five fastest production cars in the world, and by far the fastest SUV. That’s a significant bragging right, and what’s a muscle car if not an instrument of domination?

The poor SS: equipped with a Corvette V8, but so anonymous, even Chevrolet is planning to “forget” about the sedan come next year. While the SS is light on visual interest, it’s one of the best performing rear-drive, V8 American sedans ever, complete with the noise, speed and thirst the genre demands.