The original show and the current reboot both have a stellar crop of classic, U.S.-of-A. steel. Which reigns supreme? 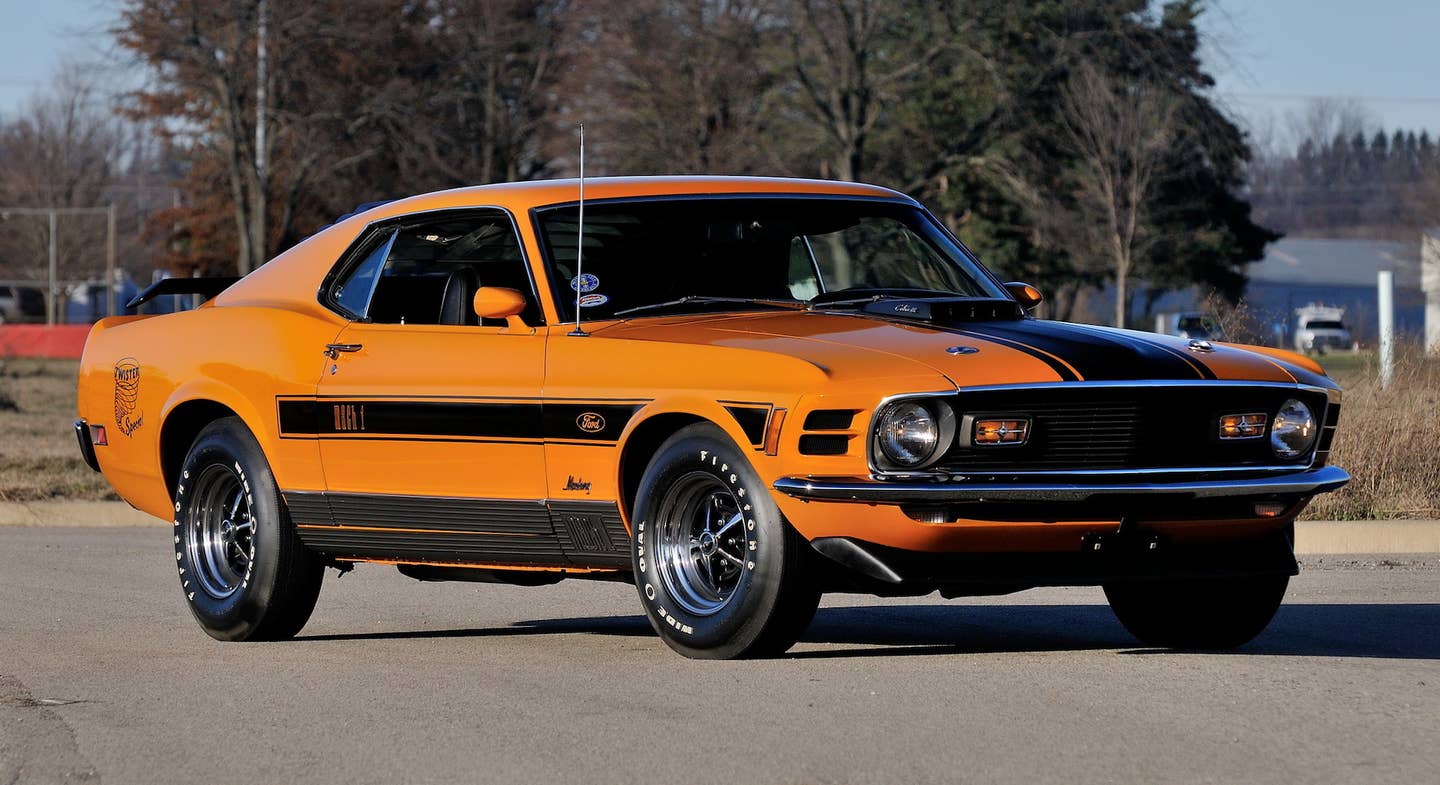 When Hawaii Five-O premiered in 1968, Hawaii had only been a state for nine years. With jet travel still a luxury, the islands were a far-off land, exotic to most Americans. Familiar to viewers, though, were the show's four-wheeled co-stars, from the best marques the U.S. had to offer. Hawaii Five-O became a TV mainstay for 12 seasons and, when it ended in 1980, was the longest running crime procedural on American television.

When rebooted in 2010, exactly 42 years after the original premiere, the premise didn't change. The newHawaii Five-0 (note the switch from letter to number here) features numerous nods to the original, including the iconic catchphrase, “Book ‘em, Danno.” Also enduring? A wide swath of American muscle. But which series best represents Detroit steel? Here, are the best cars from the original series and today'sHawaii Five-0.

In season one of the original Hawaii Five-O, the 1966 Ford Galaxie 500 was the squad car of choice for the crew. The Galaxie came in many variations, but our favorite – which boasted that 428 cubic inch Thunderbird Special V8 – had 345 horsepower and the option of Ford's Cruise-O-Matic automatic transmission. In addition to being the the ideal patrol car, the Galaxie was also the go-to NASCAR racer at the time. One such example, the “Yellow Banana,” is immortalized at the NASCAR Hall of Fame Museum. It ran only one race before driver Fred Lorenzen crashed it, prompting a journalist to later remark, "It's pretty hard to drive a banana at 145 miles per hour." That very Galaxie broke so many rules, it redefined how NASCAR inspects cars.

For a show that prominently featured many Fords, the original pony car should've gotten more love. The coolest Mustang featured is the 1970 Mach 1 which appears briefly in season three. The Mach 1 came with four engine options, all V8’s, with between 290 and 335 horsepower, and as much as 440 lb-ft of twist. The largest engines, the Ram Air Cobra Jet and the Super Cobra Jet, clocked in at 7-liters. In 1970, more than 40,000 of the 190,727 Mustangs built were Mach 1s. The model continued to be popular up to 1976, when it was dethroned by the Cobra II.

A few Malibu's popped up over the course of Hawaii Five-O's 12 seasons, but this 1969 SS from season four takes the cake. The '69 Chevelle was touted as America’s most popular midsize car. Perhaps that had something to do with the fact that a gigantic 7.4-liter V8 was available under the bonnet. The SS version sold with an inline-six or a V8, though fewer than seven percent of all Malibus were running a six-cylinder. Why this one in particular? It's partially in appreciation for the clean lines created by omitting the B-pillar and partially because of that rad green interior.

The new Hawaii Five-0 needed a new patrol prowler, something timely, sporty and aggressive-looking. Enter the fifth-gen Camaro. Specifically, the 3.6-liter V6 with the RS trim, producing 304 horsepower and 273 lb-ft of torque. The 2010 V6 manual iteration hauled to 60 in an un-quick 5.9 seconds. The RS package doesn’t bolster performance, but does tack on fancy wheels and a rear spoiler. Later, the guys upgrade to a sixth-gen SS, with that delightful singing and stinging 6.2-liter V8.

This stunner, seen in the background during one episode of season two, is clearly not stock, but the 1964 Nova itself is worth a mention. This was the first year Chevy offered a factory V8 option for the coupe, mitigating the need for owners to swap the standard six-cylinder out on their own, as many had been doing. While the '64 Nova may have been underpowered – the highest horsepower from the factory was 220 – but the car soon hit its muscle car stride and by 1968 was rolling off the line with up to 350 ponies.

Though it fits the period of the original series, this first-gen Bronco turns up in the reboot. The Blue Oval's first ute was offered with a six-cylinder, though the more popular choice was the 4.9-liter V8 that churned out 205 broncos of its own. Designed to compete with the Jeep CJ, the Bronco became a symbol of American muscle without the flash or impracticality of most muscle cars. Here's hoping that tradition carries on when the new Bronco comes to market.

Believe it or not, 1979 was the best selling year in the history of Pontiac's Firebird, with a whopping 211,453 units bought. Fewer than 2,000 of those Screaming Chickens were 10th Anniversary Editions, which included a 220-horsepower Pontiac 400 engine mated to a four-speed Borg Warner Super T-10 transmission. (That very powertrain was actually stockpiled from 1978 and not certified for use in California.) While static compression ratios dropped in the beginning of the Seventies, stifling horsepower and torque, crafty owners of later Trans AMs could chop out their catalytic converter, make the hood scoop functional, by opening up the block-off plate, and get some of that power back.

Which series do you think has better American muscle? Let us know in the comments.