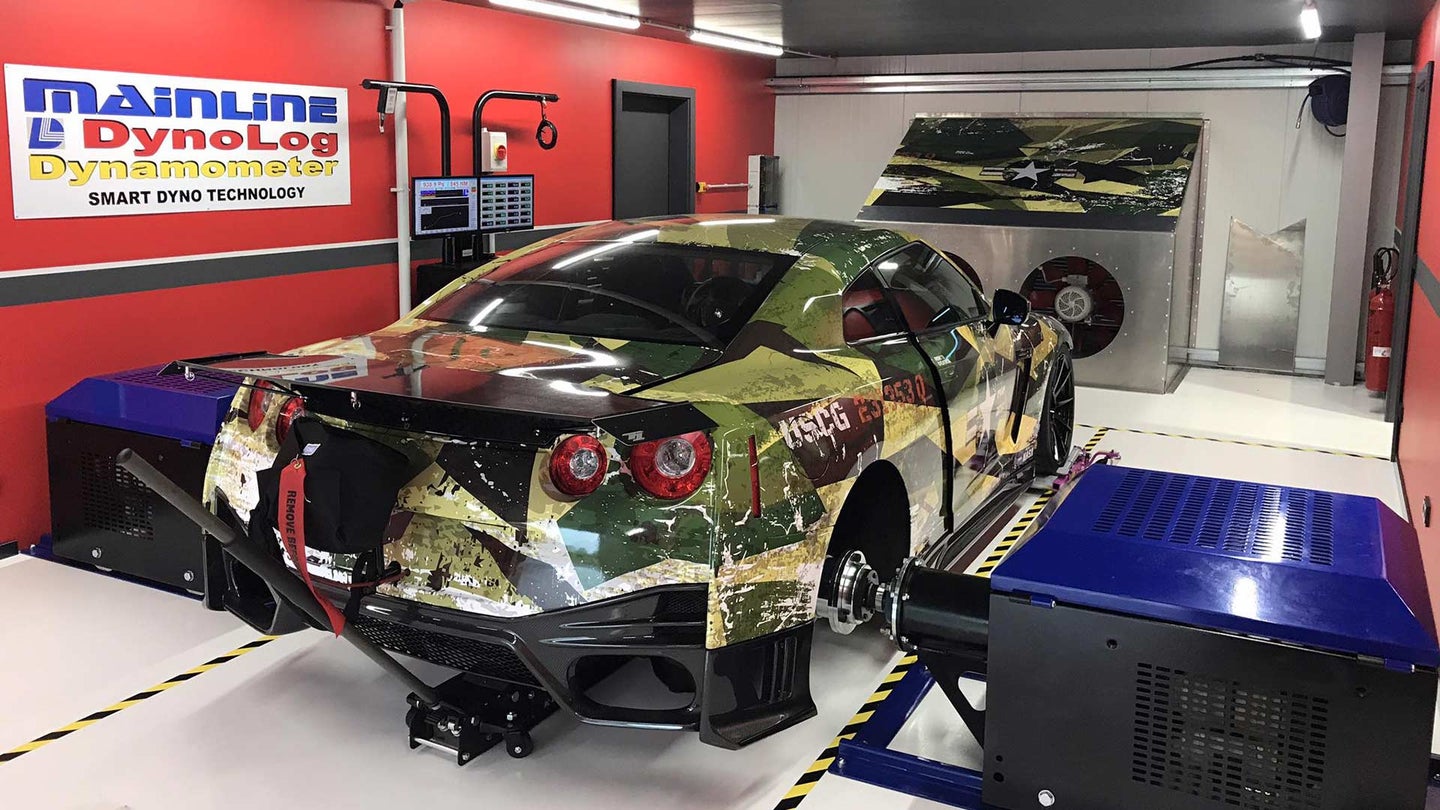 The Nissan GT-R R35 NISMO is already ridiculously fast, with its twin-turbocharged V6 making up to 600 horsepower. However, many people feel Godzilla could use a few more ponies— which, in this particular case, translates to a GT-R making three times as many horses (that's 1,800 horsepower for you non-math folks).

According to the all-knowing clock at Race 1,000 in Germany, this insanely powerful Nissan GT-R barreled through the half-mile in just 16.31 seconds at a neck-snapping 213 mph. The video posted states the GT-R has an AMS Alpha 18 package—but after thorough checking by The Drive, it may actually be the Alpha 16 performance package, as the 18 does't appear on the website. The Alpha site indicates the Alpha 16 GT-R has over 1,200 lb-ft of torque and is able to rocket to 60 mph in just 1.63 seconds, thanks to the GT-R's all-wheel-drive system.

This land rocket has proudly become the fastest GT-R in Europe—and with that half-mile time of 16.31 seconds, we have a sneaky feeling it will hold the title for a while.