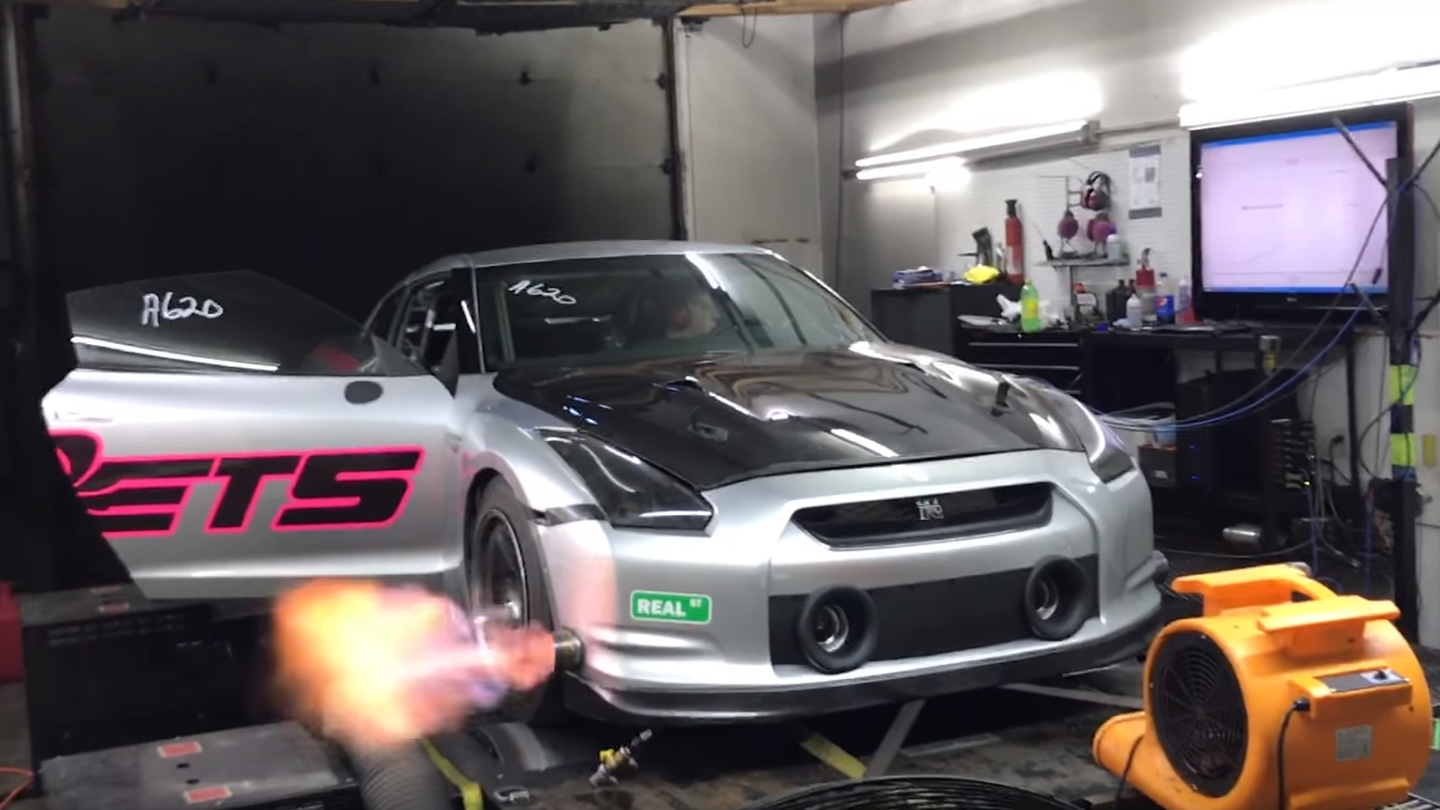 Believe it or not, the Nissan R35 GT-R will turn 10 at the end of this year. That's 10 years of neck-snapping all-wheel-drive launches, victories over cars costing twice or thrice as much, and all around razor-edged excellence—but also 10 years of relatively moderate power upgrades. For the 2017 model year, the GT-R can be had with up to 600 horsepower in its NISMO spec, but the mad scientists down at Extreme Turbo Systems have managed to more than quadruple that figure and max out a dyno in their quest to one-up rivals AMS Performance with a six-second GTR of their own.

After watching AMS finally break into that elusive six second quarter-mile zone with their Alpha G GT-R earlier this year, ETS huddled to fine-tune their own Godzilla and are evidently coming out swinging. Last weekend, the team also passed the seven second mark at a drag strip in Washington, laying down a 6.98 second quarter-mile despite overcast and slightly damp conditions. While it's a hair slower than the AMS run, it was also 18 mph faster, and the weather plus a squirrely start likely cost them a few hundredths of a second.

Then comes the obvious question—just how much power does this monster make? The AMS Alpha is said to be in the range of 2500 horsepower, and since this is an arms race after all, you can bet the ETS guys were hoping for higher. The video is a sonic baptism, with the GT-R rising up against the chains that bind like some avenging angel as the ETS tech behind the wheel boots the throttle. Just when you think it's going to break free, he backs off, and the front-mounted exhausts let out angry pops of fire as the beast settles back down. Meanwhile, the dyno is trying to figure out what the hell just happened:

I mean, wow. It's not every day you see a horsepower curve flatten like that as the software literally shrugs and says "Buddy, all I can say is that's too much for me." But ETS mathed it out and came to a reading of 2,719 horsepower and 1,587 lb.-ft. of torque, a mind-boggling result even for a drag-focused car. We'll be watching to see when they head back out to the track and make another run at the record books.