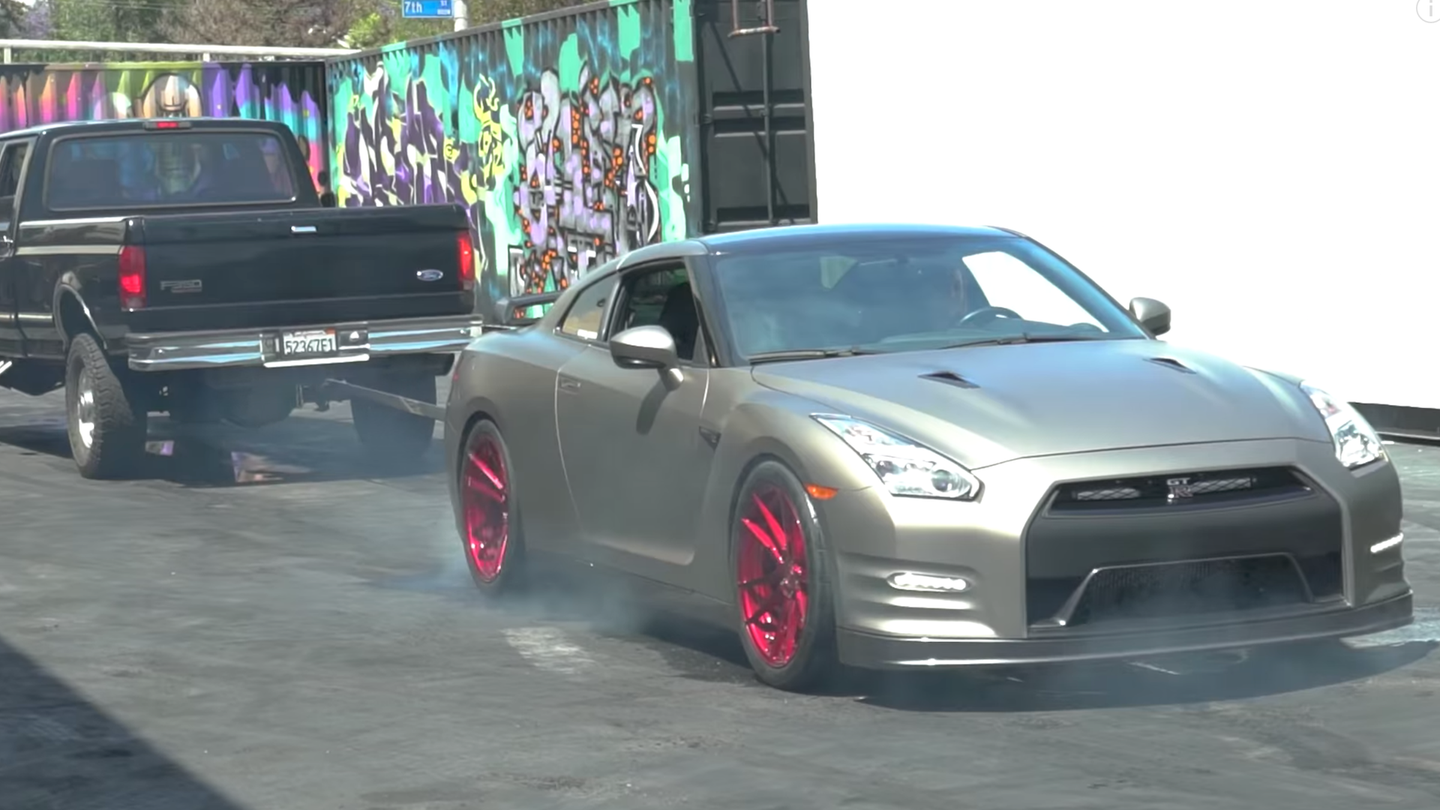 All-wheel-drive, sticky track tires, and an onboard computer system that will try and do anything to avoid melting its drivetrain to bits are three things that are very good at preventing an 800-or-so-horsepower Nissan GT-R from doing a smokey burnout. But this owner and the guys at Hoonigan found a way.

Taylor Steffes, the driver of this modified 2015 GT-R—and apparently two other R35 GT-Rs—drove from Arizona to meet the Hoonigan folks as part of their combined search with Fiat for a female driver for an upcoming campaign. According to Steffes, the GT-R in the video, fresh from a track day and a multi-hundred-mile road trip, is one of her "pretty conservative" R35s.

This car has "full bolt-ons," which according to Steffes means it has an upgraded fuel pump, injectors, and is tuned for E-85 to pump out around 800-horsepower to the crank. But apparently, that isn't enough to get the tires smoking.

After adding water and then strapping the GT-R to the shop truck, Steffes managed to lay down some short burnouts. That is, until the car shut itself off to prevent the all-wheel-drive system's clutch discs from overheating.

It's a rad car, a friendly owner, and some enthusiastic car geeks from Hoonigan. Sure looks like they had some good fun.