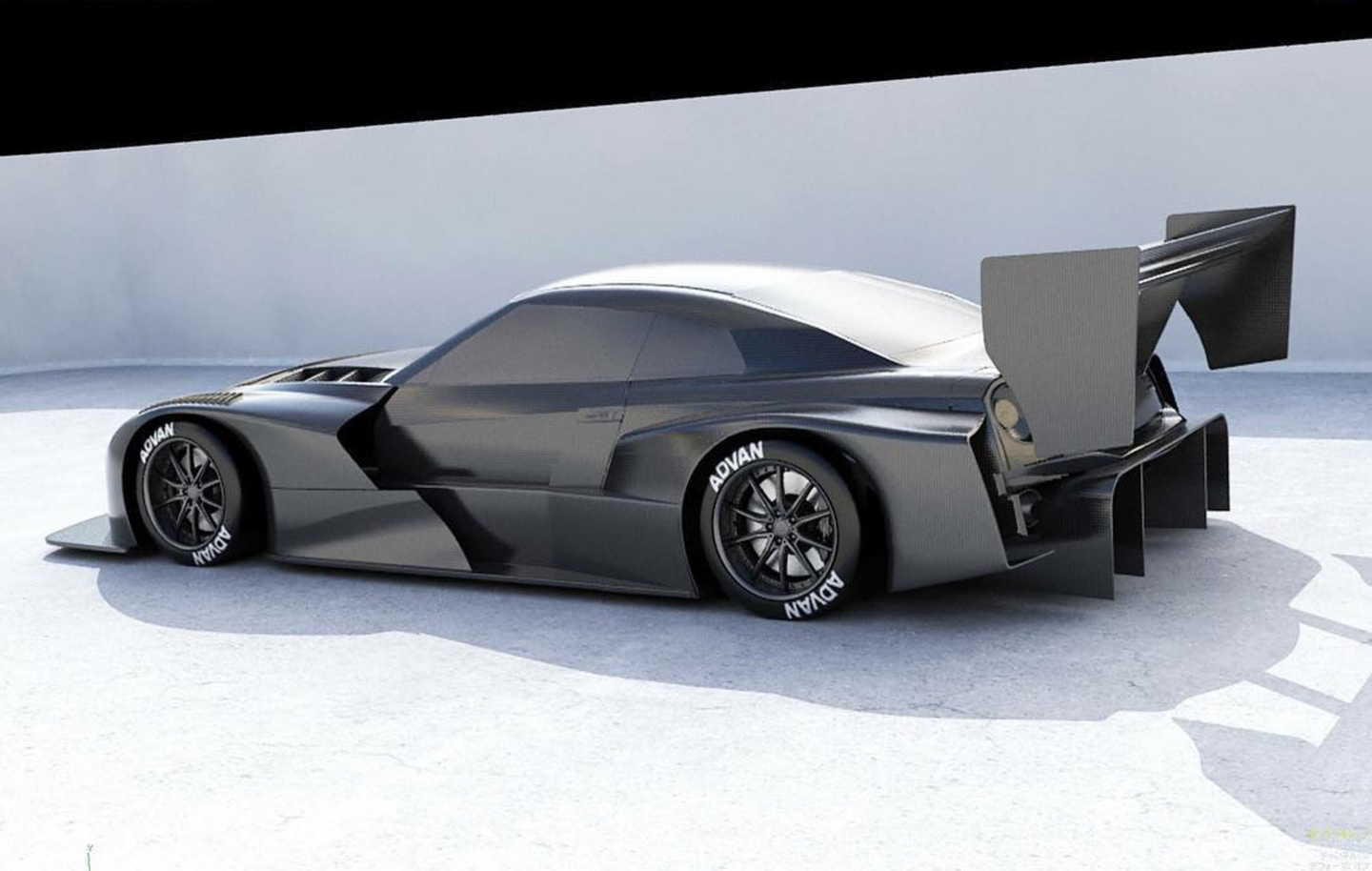 OK, what in the world is Voltex up to? We've seen a lot of modified R35 GT-Rs over the years, including a full-carbon fiber street car, an LS-swapped pro-drift car, and even a 2,000 horsepower drag-racing machine. But we haven't seen a tuning house come up with anything quite like this.

The image was shared on the official Voltex Racing Instagram page last month without much context, except for a caption that simply read: "GT-R project." The stunning rendering suggests brand-new aero components finished in dry carbon fiber. The extremely wide front fenders create two enormous ducts that end just before the door and the wide rear fenders feature sharp lines that integrate to the massive rear diffuser. Perched on the rear chassis is also a massive GT wing. Literally the only element that makes this car recognizable as a GT-R is its roofline.

Following that post, Voltex followed up with two more sneak previews. The first image is a complete GT-R front-end that seems to transform the hood, front bumper, front fenders, and even the headlights into one single clamshell element for maximum lightness and strength.

In the second picture, we see the hood might not be a clamshell after all as we get a better look at the hood vent design. Once again, the captions for the posts don't tell us just what Voltex intends to do with this build, but there's no question we're looking at something seriously special.

Finally, the teasers from Voltex even caught the attention of renowned 3D rendering artist Jon Sibal. Earlier this week, Sibal contributed two of his own illustrations of the time-attack R35 GT-R:

"@voltexracing got one of the craziest R35 GTR design I've seen so I just had to do my own 3d rendering of it."

Let us know your thoughts on this mysterious Skunkworks time-attack project from Voltex in the comment section below.

JDM Legend Keiichi Tsuchiya will return to Australia for WTAC 2017, and the Drift King is teasing his fans.

Can The HKS GTS800 Smash The Lap Record at Tsukuba?

The Japanese tuning legend HKS is back for some Scorch Racing blood.