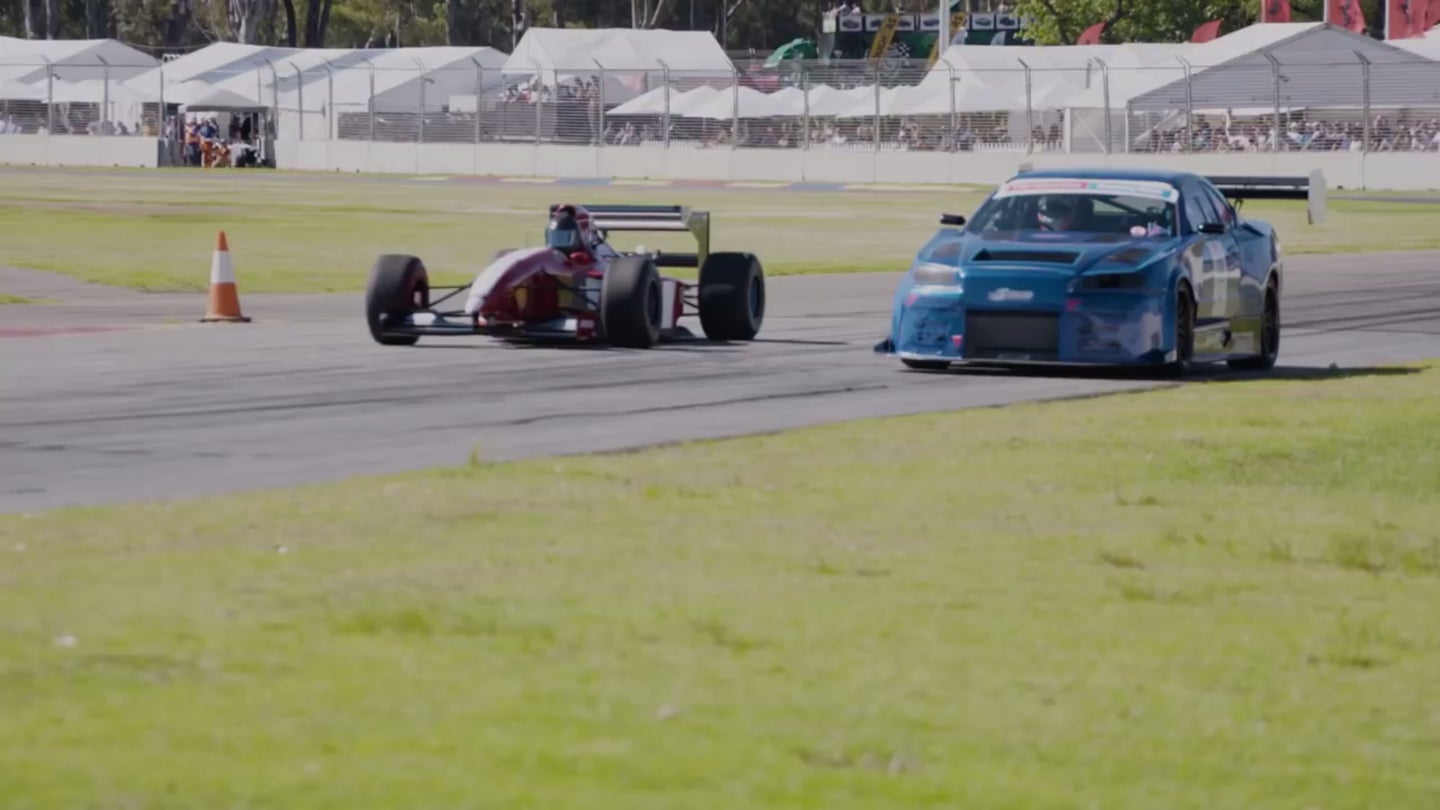 StreetFX recently created a monster of a car known as the WTF86. The car is powered by a 4.1-liter twin-turbocharged V6 engine straight out of the R35 Nissan GT-R which produces 1100-horsepower. For more details on that check out The Drive contributor, Caleb Jacobs' feature on the WTF86. The StreetFX group organized a roll race between the WTF86 and a Footwork Arrows Formula 1 car at the Adelaide Motorsport Festival in Austrailia. Sadly, the WTF86's left-hand drive-shaft broke and the team did not have time to repair it before it's scheduled duel. To fill the WTF86's void an R34 Nissan Skyline GT-R stepped up to the plate.

Allow me to give you some history of the R34 GT-R's competition. The Footwork Arrows Formula 1 car was FA15. The car is powered by a 3.5-liter Ford Cosworth V8 engine which produces 620-horsepower at a screaming 10,000 rpm. The car competed in the 1994 Formula 1 season. The Formula 1 car weighs 515 kilograms (1135 pounds) compared to the R34 which weighs 1300 kg (2866 lbs). Power versus weight played a huge factor in the race between the two cars. While the Formula 1 weighs less than half the weight of the R34 GT-R the void filling R34 Nissan Skyline GT-R is powered by a billet block RB26 engine which was stroked to 2.8-liters allowing it to produce 1000-hp.

I should mention that in the video Mark Trueno of Street FX says the differential gave out, but later it was determined it was the driveshaft. During the video, after the race, there was some trash talking from the Australians specifically from the Formula 1 car's driver Josh Kean. He said he was going for third gear and grabbed neutral as he says "he had to give a little bit of a show and make him look good."

Am I the only person who thinks the way Australians say GT-R is the best?

I won't spoil the results of the race. For that, check out Street FX Motorsport's YouTube video below.

Kendrick Lamar was previously booked for the UAE venue before canceling this week.