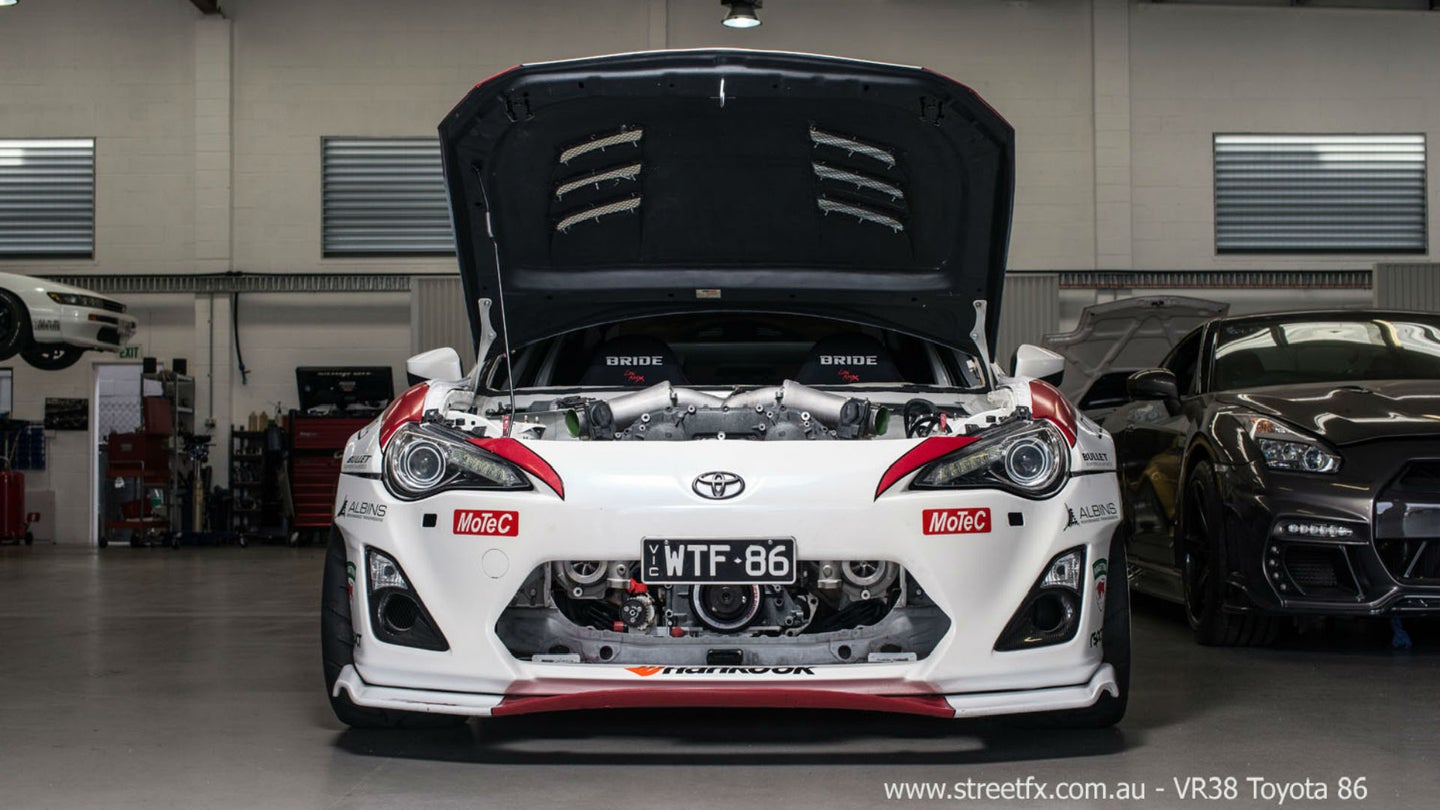 While 2JZ swaps were once the norm in drift and time attack culture, Nissan's VR38DETT is climbing the rungs as a viable contender for competition-spec engine builds. High-dollar motorsport projects across the pond and in Australia have been using the R35 GTR-derived powerplant for all kinds of applications, and this one dubbed the "WTF86" may be one of the best.

Street FX Motorsport out of the land down under has taken a rear-wheel-drive Toyota coupe and developed it into a venerable racing weapon. Brand head Mark Trueno and his crew initiated the build by stripping the 86 of its 2.0-liter boxer four and putting a bored 4.1-liter V6 in its place. Equipped with two turbos that make between 25 to 30 pounds of boost, the 1,100-horsepower motor has been developed in tandem with an honest-to-goodness race chassis and suspension combo. The car below is what came as the result of this questionably sane project.

Tuned on E85, the WTF86 laid down several 900-plus horsepower runs on the dyno, causing the power-reading machine to slip and overheat. That, along with the crazy noises that can make blood pour from your ears at 125 decibels, is all you need to know that this is more than a cookie-cutter 'Yota.

Built for multiple methods of competition including time attack, roll racing, and general street use, the car played host to many firsts. According to Street FX, it was one of the first 86/BRZ twins equipped with a Rocket Bunny widebody in Australia as well as an OG recipient of the GTR engine swap. When paired with the lengthy list of modifications, this all makes for a truly nutty bit of kit that can perform at nearly every level.

You can check out the videos here, and if you're looking to keep up with the WTF86, make sure to tune in as it takes on a 1994 F1 car at the Adelaide Motorsport Festival this weekend.

‘Even though I’m used to drifting my 86, I’m not used to using my car as a paintbrush.’