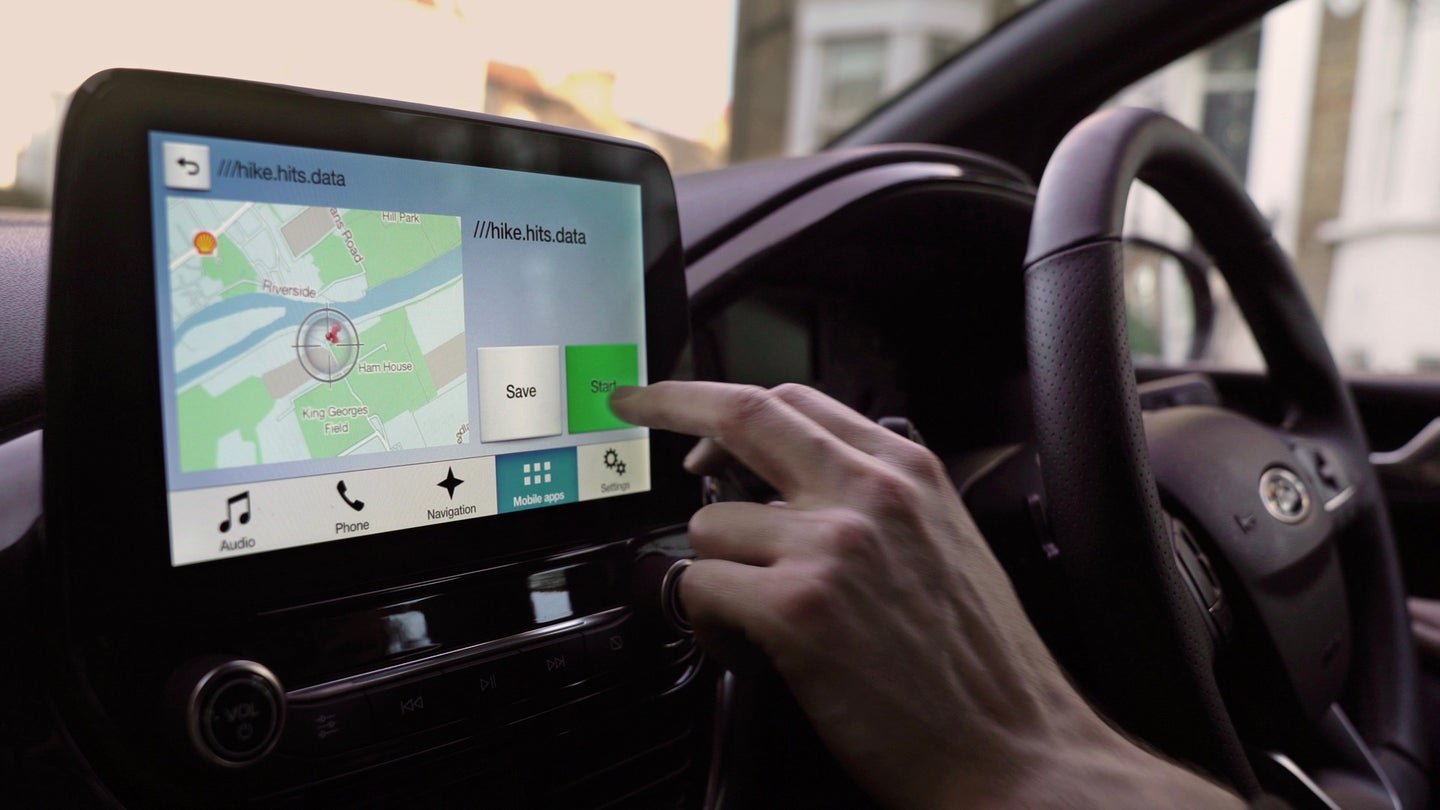 Automakers are leaning heavily on voice recognition to reduce on-the-go distractions, but systems are often clunky and have trouble understanding casual speech. In turn, Ford will start using an app called what3words to prevent a breakdown in communications.

Already used by Land Rover and Mercedes-Benz, what3words takes a different approach to voice recognition. It's designed specifically for navigation, and instead of making conventional addresses easier for machines to understand, it creates three-word codes for each address. Hence the name what3words.

So conventioneers at the 2019 Mobile World Congress in Barcelona, where the what3words and Ford partnership was announced, can find a hiking trail at nearby Montserrat by saying "winkle.scholarship.kinds." That may seem a little strange, but what3words claims it's a better alternative to saying a conventional address.

Addresses are long, complex, and vary in format, what3words noted. They also aren't unique: there are almost 10,000 "second streets" in the United States that share a name, the company claims. The three-word addresses are also keyed to specific entrances and parking spots, rather than to general locations, according to what3words. The company also claims to have built-in error prevention to ensure that drivers don't end up at the wrong spot.

Drivers need the what3words app (available for iOS and Android), but also a car equipped with a built-in navigation system. Voice recognition runs on the standalone app, but the car still does the navigating. This arrangement lets Ford push what3words to lots of existing cars quickly. Drivers of Ford vehicles with Sync 3 infotainment systems (in other words, most Fords made over the past few years) in North America and Europe can start using what3words beginning Feb. 25. But in terms of overall usability, it might have been better for Ford to integrate what3words directly with the infotainment system, as Mercedes did in the 2019 A-Class.

Clumsy GPS coordinates and long addresses might soon become ancient history, thanks to this new way of locating spots on planet Earth.