Don’t play chicken on two-lane roads…especially not with tractor trailers. 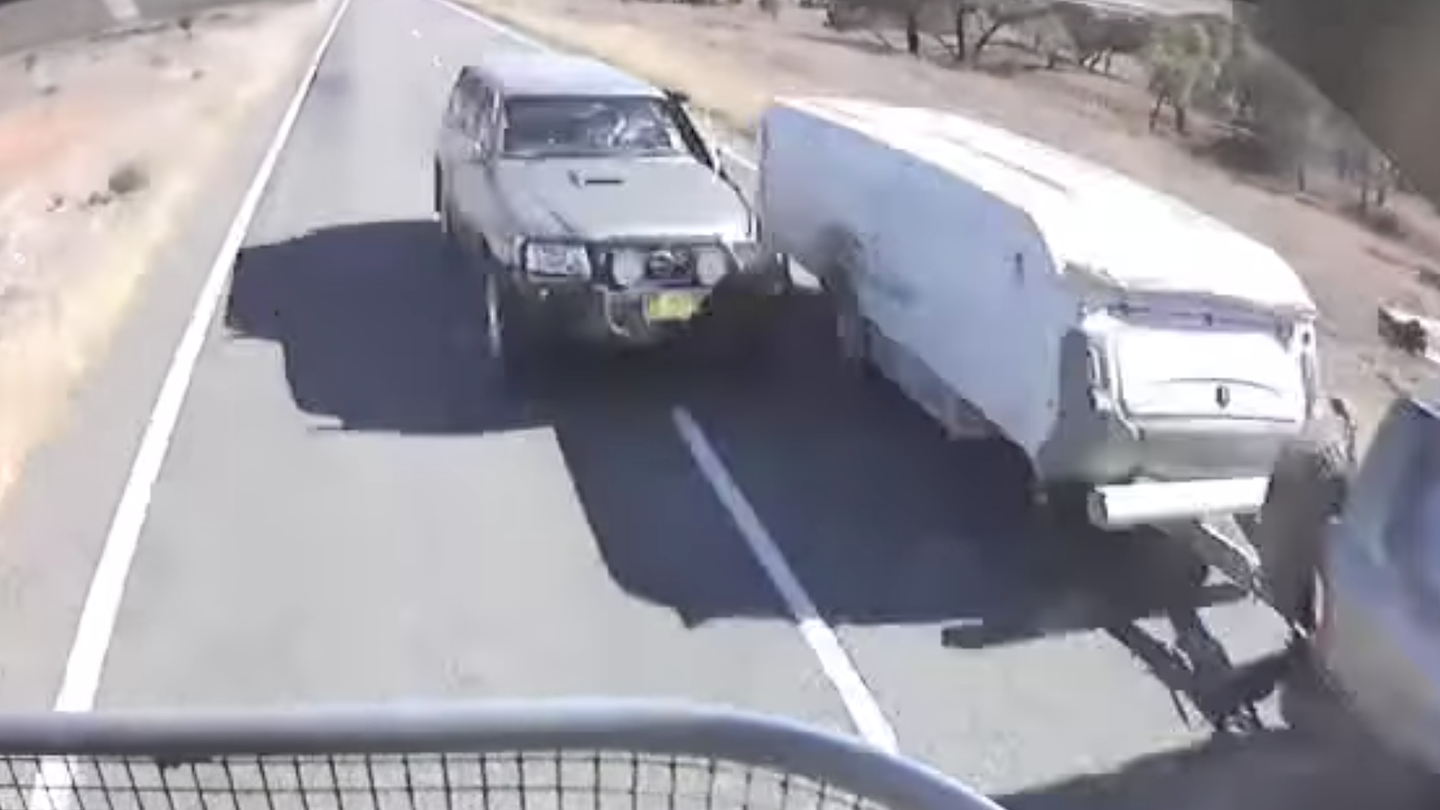 Dash cam video shows a driver in Cobar, Australia who apparently decided to dance with death when he or she attempted to pass a car with a trailer on a two-lane road—nearly causing a head-on collision with a 57-ton tractor-trailer road train.

The video, which was shared by Dash Cam Owners Australia on YouTube Friday, shows how the incident went down. The driver who was attempting the pass did not give enough room to successfully pass the SUV that was towing a trailer. In spite of the odds, the SUV attempting the pass was able to nudge back into its original lane in the nick of time, just before it would have hit the truck head-on at high speed. Which was lucky for the people inside that car, because a crash like that almost definitely would've been fatal.

"An unbelievable near miss I had on the Barrier Highway about 60 kilometers west of Cobar, in a b-double," road train driver Mark wrote to Dash Cam Owners Australia. "Patrol pulls out just as in comes into frame then swerves. I hit the brakes hard but loaded at 57 tons, I could only steer past. Can't go off bitumen as road edge drops 3-6 inches and is very soft. Somehow we all fit with an inch between his mirror and my trailers. Neither car stopped. You can hear me start breathing again!"

Yeah, that was close.