Dream jobs. Mine was tops. I dealt daily in naked women and fast cars. Top-shelf whiskey bottles spread out on my desk. And parties? Best in the world. For a decade, I was a Playboy Magazine writer and editor, in charge of cars, lifestyle, and all the words that went alongside the girls.

One annual highlight was crowning the Playmate of the Year. It joined two of my favorite things: Cars and women.

Playboy launched in 1953, the same year as the Corvette and hydrogen bomb. Starting with the March 2016 issue, it’ll relaunch as a non-nude publication. Which means the editors are working on it right now.

Herewith, we offer the top 15 Playmates of the Year and their prize vehicles. Think of it as proof of the magazine’s successful past and future, that nipples aren’t a necessary ingredient, and that cars are eternally cool.

Model: The Jan. 1966 special issue featured stories by Roald Dahl and French existential philosopher Jean-Paul Sartre. Tucked between those pages was the marvelous Allison Parks, who went on to appear in numerous TV commercials.

Car: Dodge dove into muscle car mania with the Charger, hitting showrooms Jan. 1, 1966, around the same time the issue of Playboy hit. It had two doors (the car, not the mag), four bucket seats and hideaway headlights. It was “a specialty car geared to the outdoors and the young-at-heart,” Ms. Parks among them.

Model: Marianne Gravatte can get her fingerprints on our Porsche any day. The long-legged lovely, born in Hollywood, made cameos in music videos after gaining fame in Playboy. She also appeared on the cover of the RATT album Invasion of Your Privacy, wearing a lot less than she is here.

Car: Appearing in Playboy was the Porsche 928’s second pop culture hit of the year after Risky Business. The car was the fastest street-legal production vehicle you could buy that year, with a top whack of 146 mph.

Model: Lisa Baker was originally from the Motor City; this Detroit Iron fit her style perfectly. She later appeared as a Budweiser girl on The Tonight Show Starring Johnny Carson.

Car: Plymouth’s Barracuda came out a few days before the Mustang; you could argue that it’s the first real, modern muscle car. This example represented the first year of an all-new ‘Cuda for 1967, the second generation, available in fastback.

Model: This blonde bombshell was working as a waitress in Texas when a photographer walked in and changed the trajectory of her life forever. Debra Jo Fondren appeared as Miss September in 1977, then as 1978’s Playmate of the Year.

Car: The Z was a Seventies phenomenon, an affordable little sports car for the masses. The 280ZX pictured here was the third-gen, all-new for 1978, and the first Japanese Playmate of the Year car.

Model: Like many Playmates of the Year, Sharon Clark of Oklahoma used her newfound fame to launch a TV career, appearing in Charlie’s Angels and CHiPS.

Boat: There’s a seat open next to Sharon in her Playboy-branded 1971 Spectra speedboat—all yours, compadre.

Model: Donna Michelle appeared on the front of the May 1964 issue, curled in a ball, legs outstretched to recreate the magazine’s bunny head logo. It remains one of the most heralded magazine covers of all time, and was later recreated as a postage stamp.

Model: Connie Kreski reportedly received the following for as 1969 Playmate of the Year: a Schwinn Varsity 10-speed, a Harley-Davidson, a pool cue, this delightful Shelby Mustang GT500. “I was a registered nurse and studying psychiatry in an Ann Arbor hospital before all this happened,” she said at the time. “I don’t want to name the hospital because the nuns wouldn’t like it.”

Car: The Shelby GT500 was nearing the end of its production in 1969. Still, there’s a mighty 335-hp Cobra Jet 428 sitting underneath Ms. Kreski’s shapely side-panels.

Model: While the Vietnam War raged in Asia, the Pubic Wars (a pun on Punic Wars) were on in the U.S.—the battle between Penthouse and Playboy to reveal more skin. Liv Lindeland was the first Playboy model to show some bush. Readers didn’t need an article to learn that, yes, she was a natural blonde.

Car: The inimitable De Tomaso Pantera was built in Italy with a Ford engine and  imported into the U.S. from 1971 to 1974. My uncle owned one, and I used to sit in the thing as a kid. It ignited my passion for automobiles; I’ve never given up hope of owning one someday.

Model: Drum roll! India Allen, then 22, became the proud owner of this hot mess. She was “a Playmate to top all Playmates,” according to USA Today. Bizarrely, Allen was later a witness in the O.J. Simpson trial, testifying that she saw him strike Nicole Simpson.

Car: Of course a Countach shows up on this list. Because, like everything, it’s all about sex. No skin required. 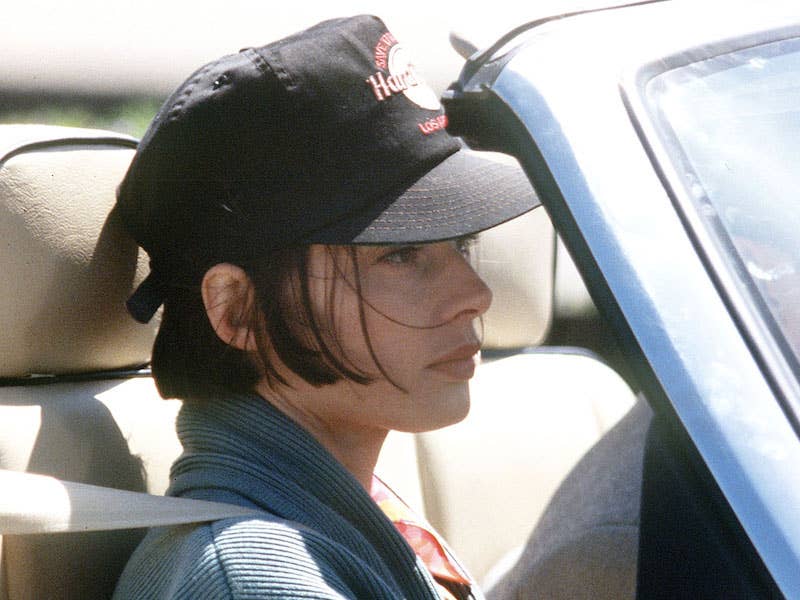 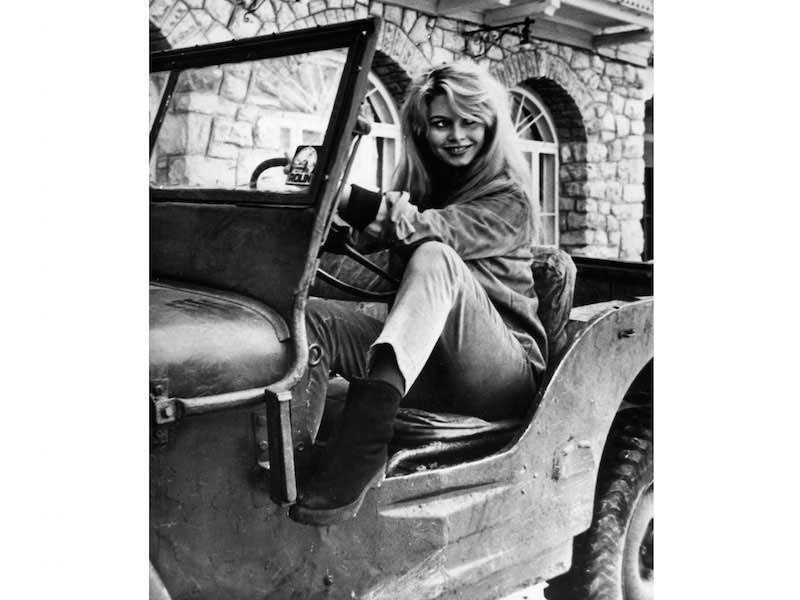