The strange, short-lived saga of the Playboy Automobile Company. 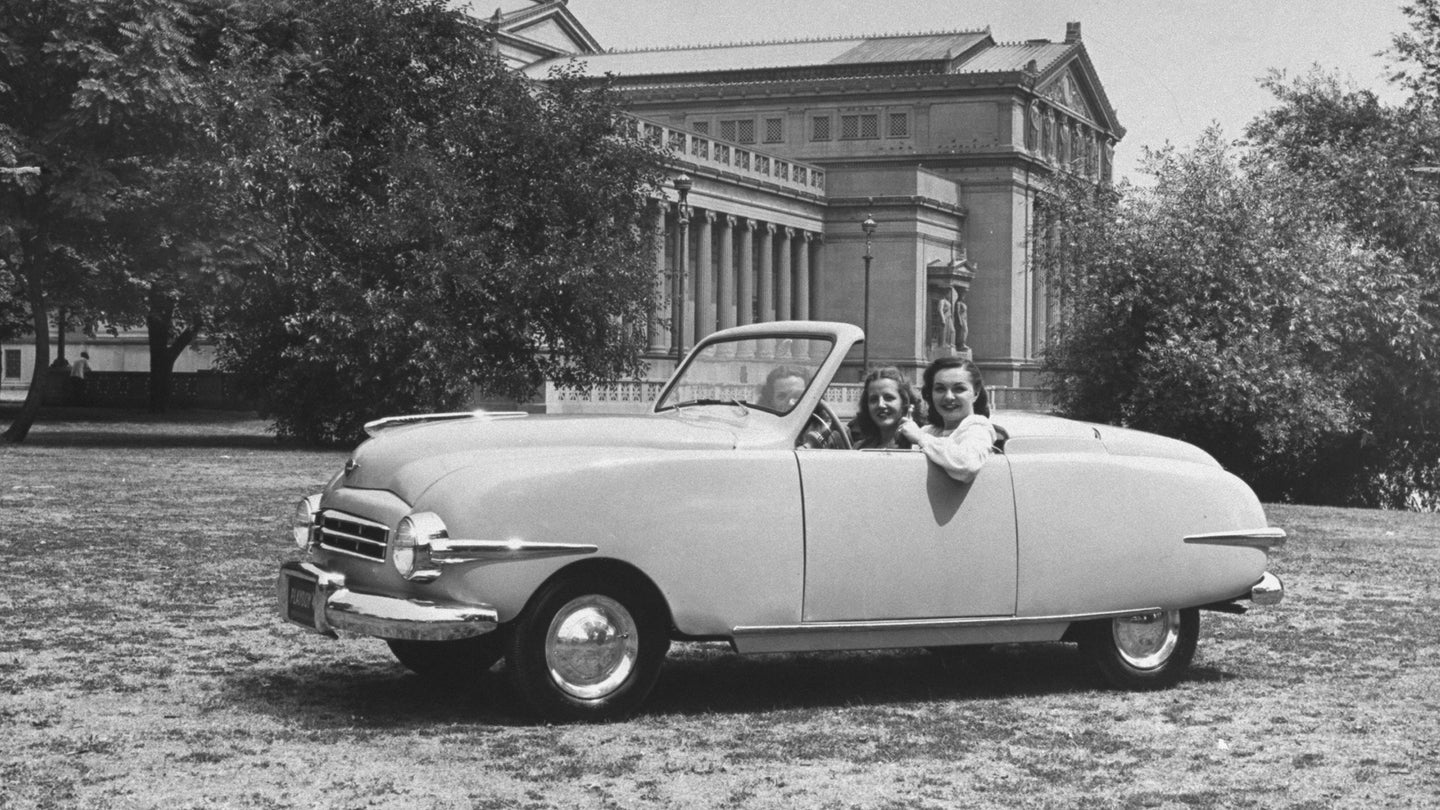 The world lost a 20th century icon this week, as Hugh Hefner shuffled off this mortal coil to an afterlife that can't possibly measure up to the one he enjoyed here on Earth. Love him or hate him, his success in building an empire on the back of skin mags and debaucherous parties is as American a story as they come. And while The Hef was always known for his stylish rides, you may not be familiar with the key contribution cars made to his life and business—the Playboy name itself.

It's understandable if you've always assumed Playboy magazine was named for, well, playboys, which according to The Dictionary of American Slang has been used to describe "wealthy bon vivants" since 1829. But no, that's not quite the case. In reality, Hugh Hefner borrowed the name for his fledgling business from the Playboy Automobile Company, a tiny auto manufacturer based out of Buffalo, New York with big dreams of selling postwar America on small cars. Obviously, that didn't happen: The company was only in business from 1947 to 1951, producing 99 cars before going bankrupt.

Not seeing the connection? In 1953, Hugh Hefner was a fresh-faced copywriter with a young wife, a baby, and a plan to class up the pornography business with a new men's magazine. He originally wanted to call it Stag Party, but representatives from an outdoor adventure magazine called Stag threatened to sue him if he used their name. As he cast about for new ideas, his friend Eldon Sellers, whose mother had worked in a regional sales office for Playboy Automobiles, suggested reusing theirs. Heffner liked it, and the rest, as they say, is history. 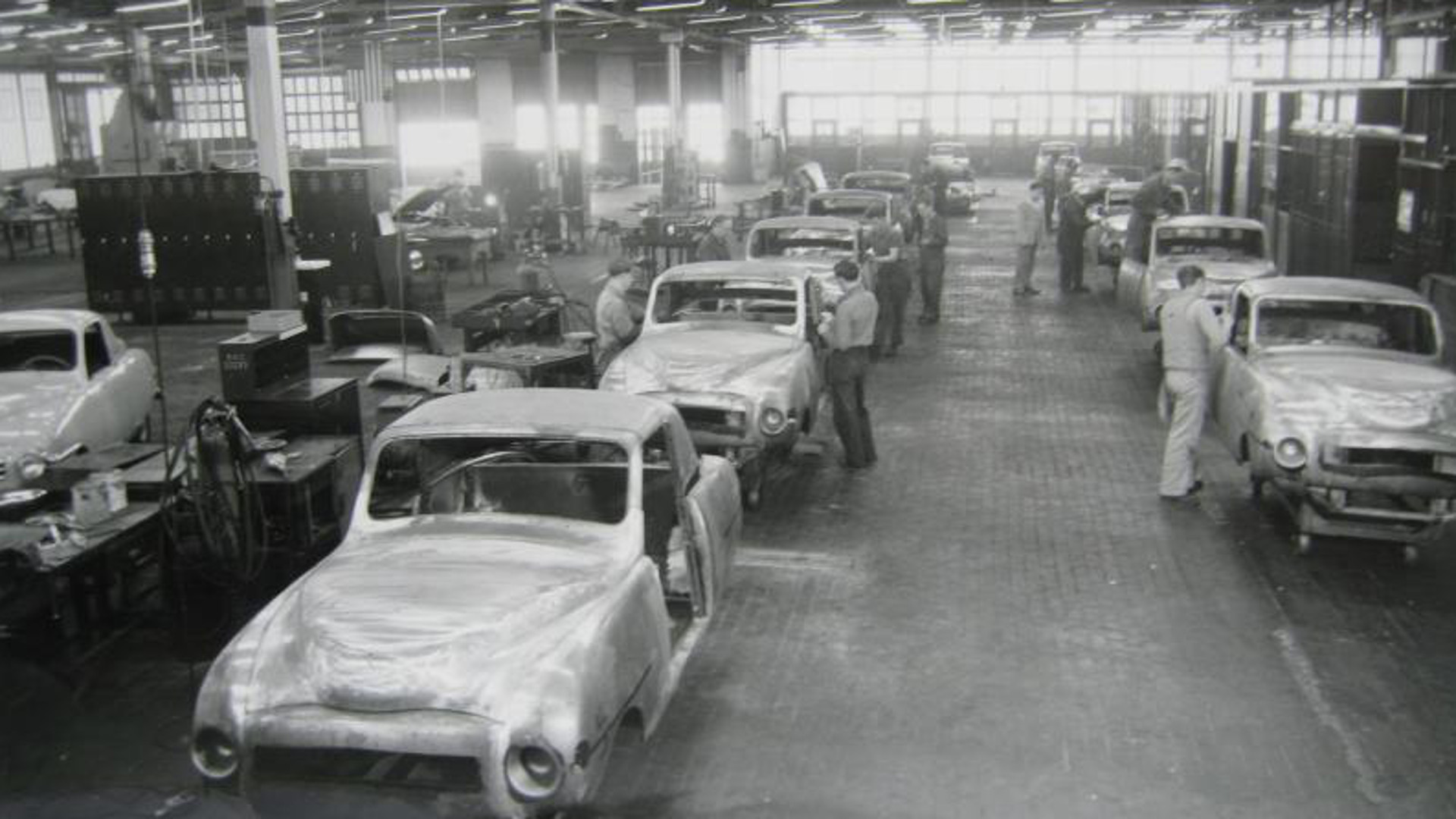 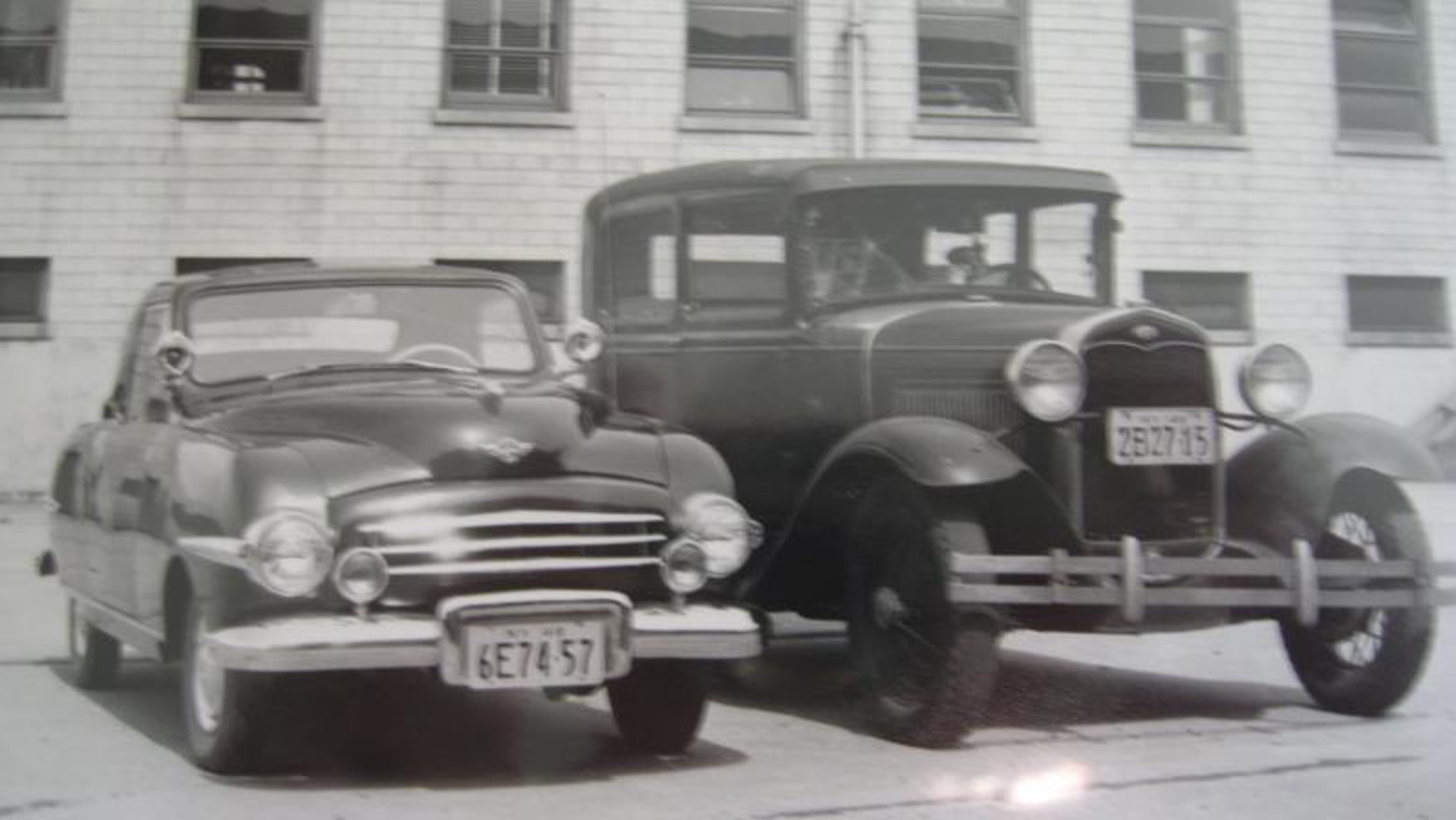 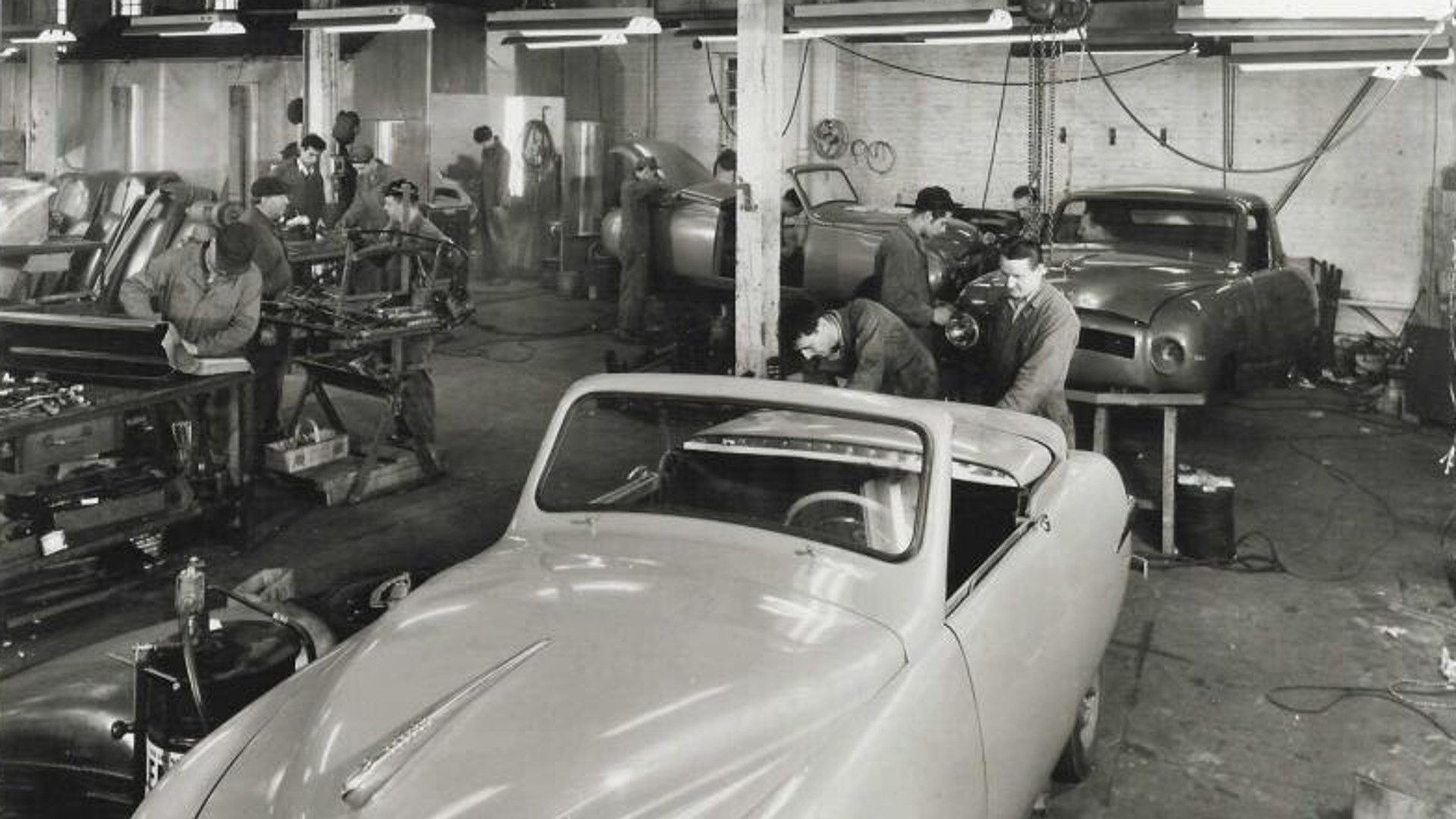 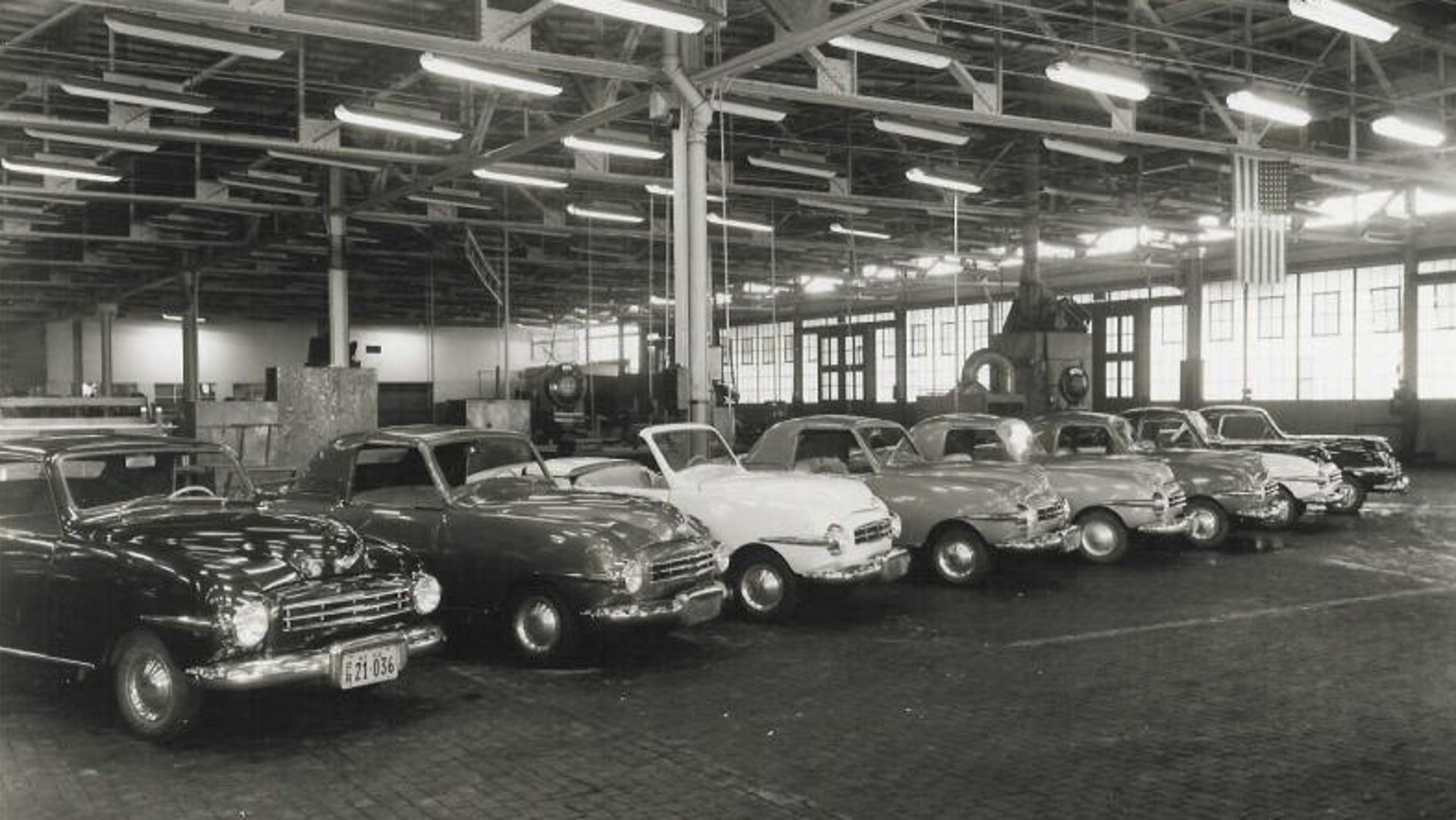 But wait, what happened to the Playboy Automobile Company? It was born in the immediate aftermath of World War II by Louis Horwitz, Charles Thomas, and Norman Richardson, who all believed America's postwar economy would need to be powered by cheap, reliable transportation as the country regained its footing. A second coming of the Ford Model T, in a way. The industry titans couldn't seem to turn a profit on cheap, small cars, leaving an opening for scrappy entrepreneurs to try and claim the space for themselves.

Though only Thomas had any engineering experience, the partners were able to scrape together $50,000 to build a functional prototype in 1946. The stubby little convertible was cobbled together from available parts and featured an unconventional rear-engine design, but they beat the rest of the industry to the punch with design cues like slab sides, low-positioned headlights, and an evenly-proportioned hood and trunk. Despite the prohibitive cost of making just one car, a warm reaction from the public convinced them mass production was just over the horizon.

Unveiled in 1947, the final Playboy design was even more promising for the time, with a reworked front-engine layout, an automatic gearbox, a unique folding steel top, a trick independent suspension, and a 48-horsepower Continental four-cylinder powerplant capable of 35 mpg. To raise the capital needed to build out its factory and begin production in earnest, Playboy Automobiles decided to sell dealer franchises ahead of time, shipping new prototypes to showcases around the country to drum up interest. And it actually worked—briefly. 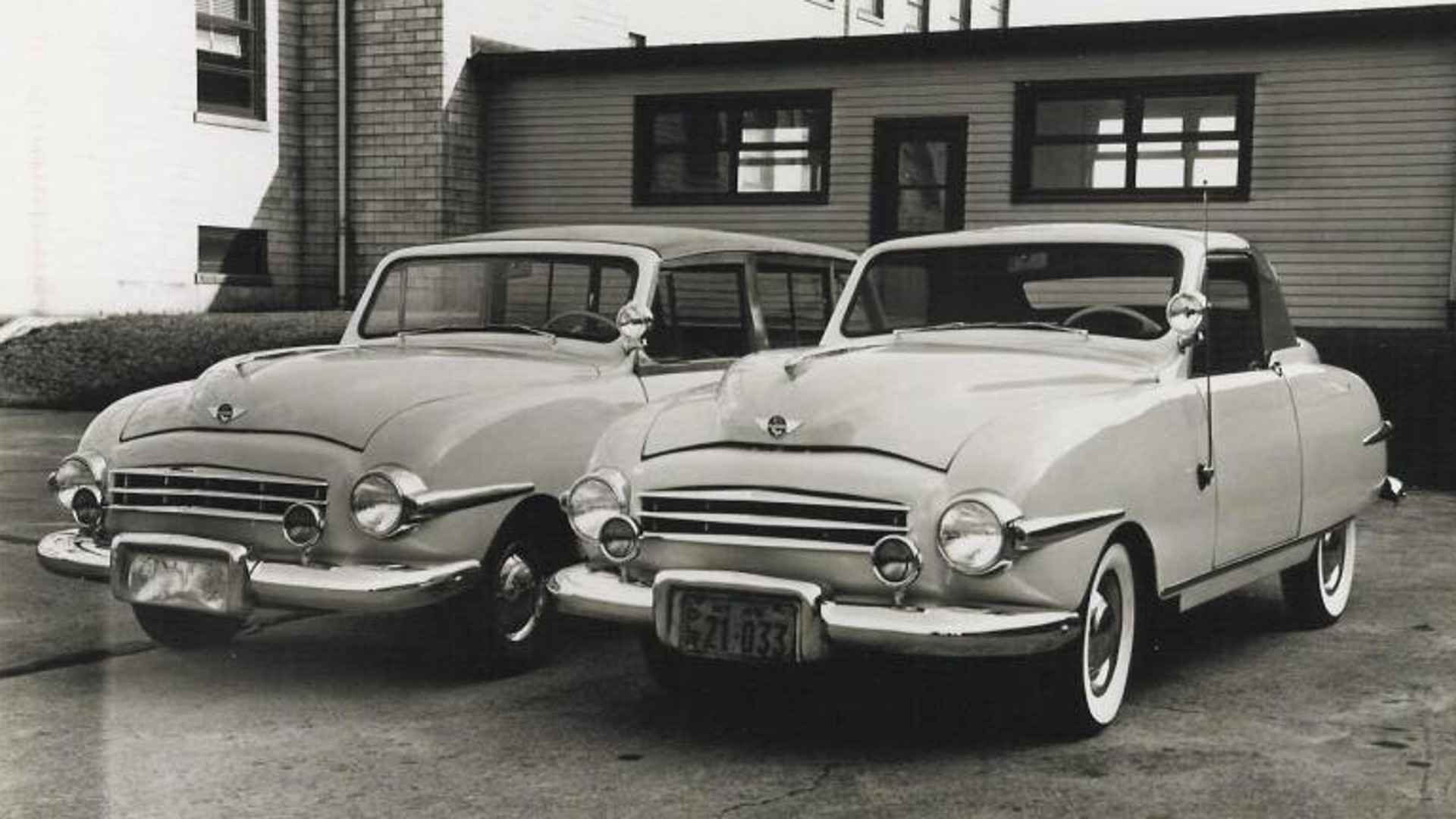 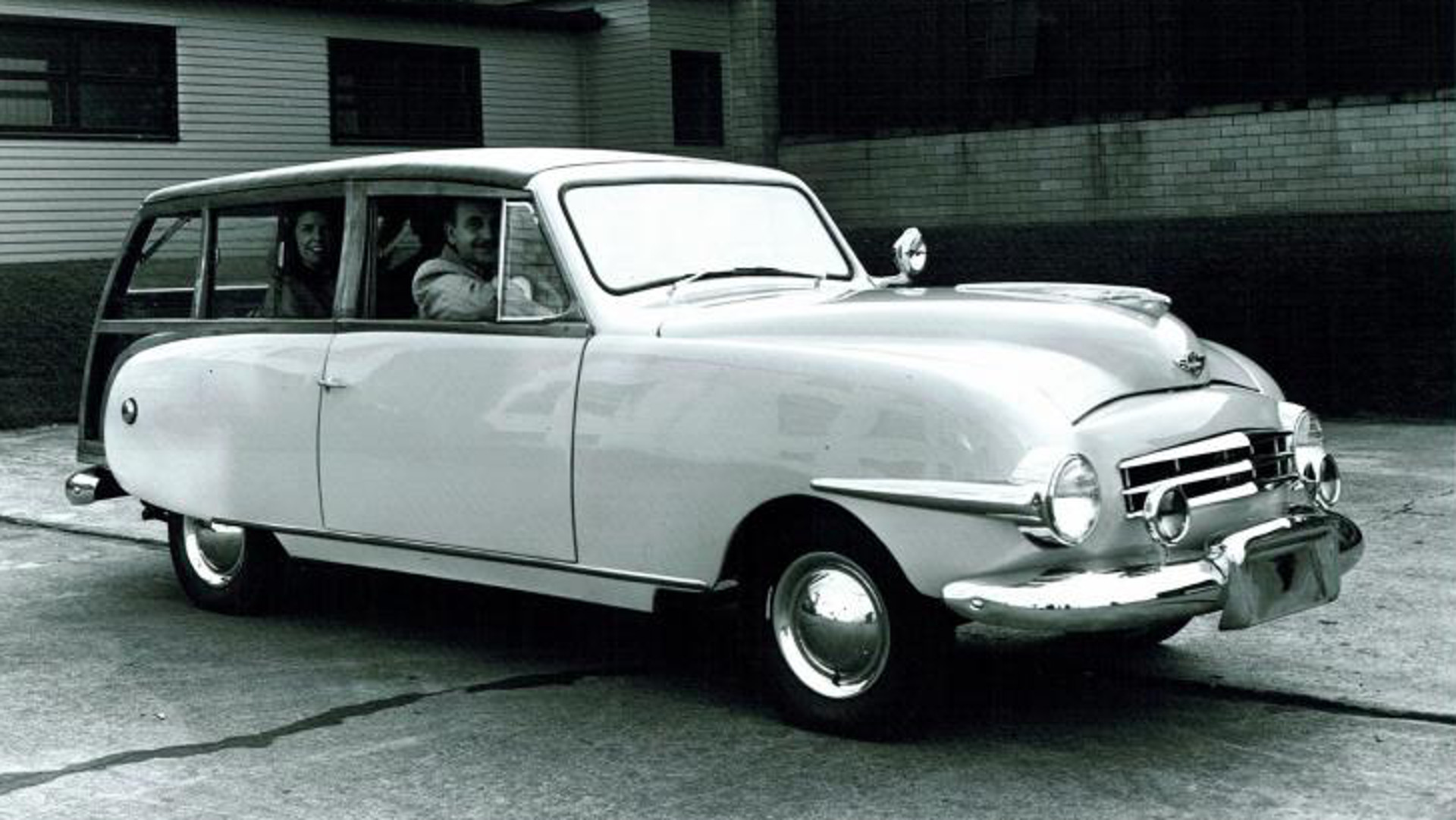 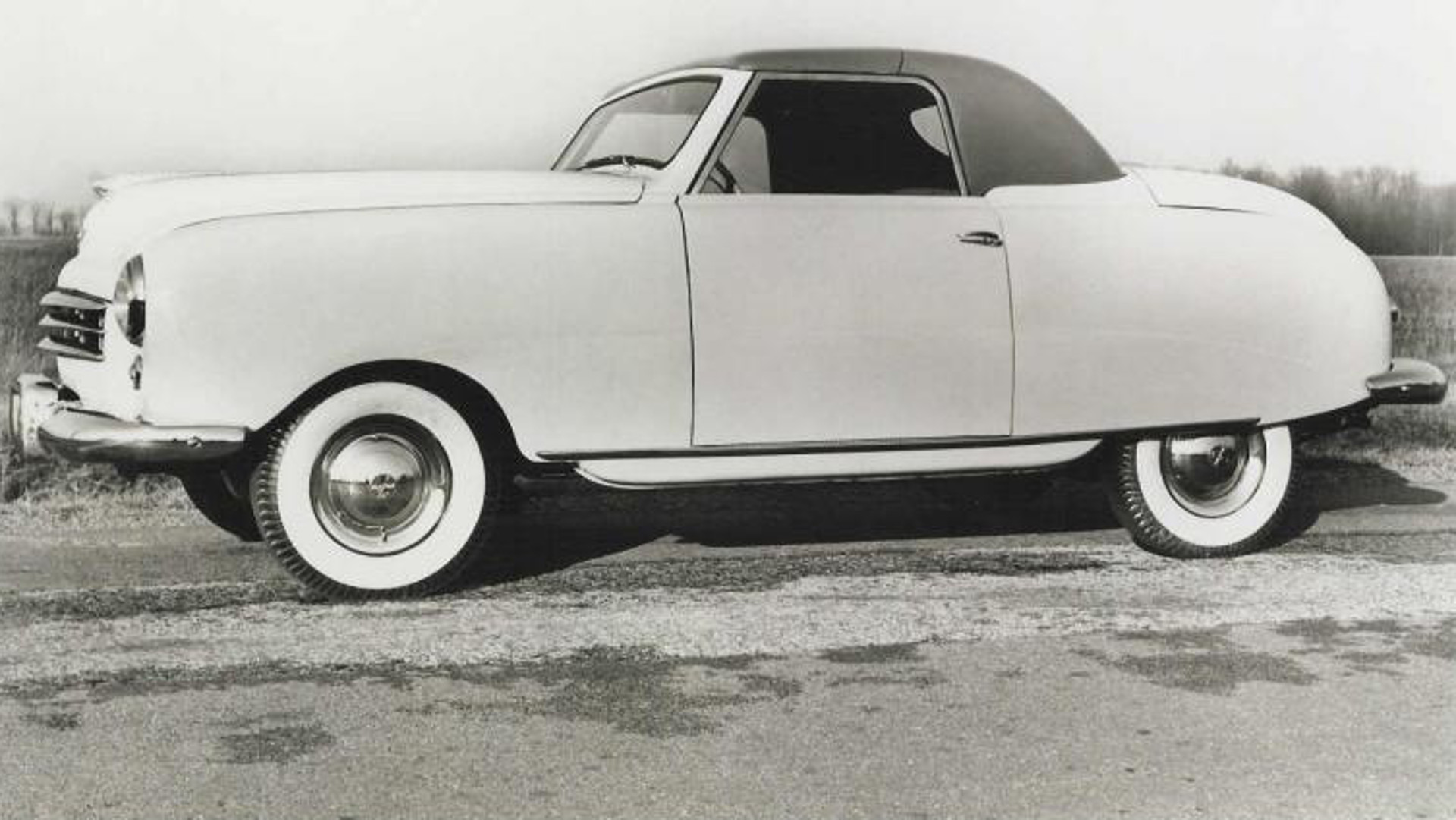 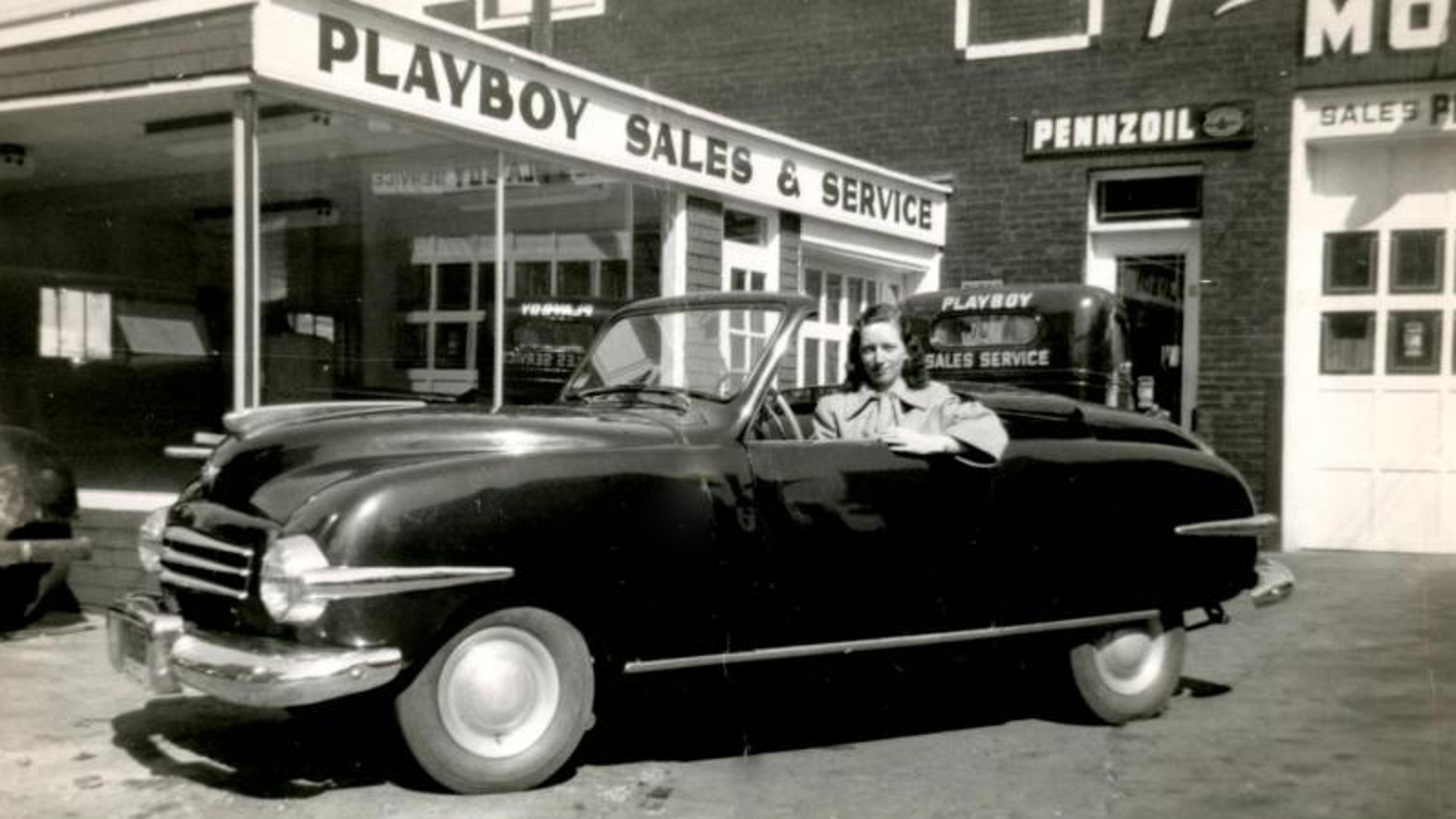 With hundreds of franchises sold and eager customers awaiting, Playboy moved toward an IPO on Wall Street in June of 1948. The company was so convinced of its own success it had already ordered the equipment needed to automate its production lines with even more money it didn't yet have. If this is all sounds kind of familiar to you, you already know what happened next.

The very same summer, the U.S. Securities and Exchange Commission was ramping up its questionable investigation into Preston Tucker and the famous Tucker 48 over very similar financing schemes. No one wanted to buy into a boutique car manufacturer at that particular moment, doubly so after an SEC report revealed a somewhat haphazard environment behind the scenes at Playboy. The IPO tanked.

With Playboy caught in Tucker's vortex, it was only a matter of time before it went under too. A last ditch sale to Kaiser-Frazer fell through after the company refused to abandon the dealer network it had created (or conned, depending on your interpretation), and while a station wagon concept garnered some buzz in 1949, Playboy couldn't outrun its creditors in the end. Its assets were parted out at a bankruptcy auction in 1950, and since all but one of the models were considered "pre-production," it never officially sold a car.

To be sure, there's no guarantee the Playboy would have been a success without the Tucker cloud hanging over its head. Contemporary reviews praised the handling and efficiency of the car but criticized its crude build quality, lack of refinement, and awkward styling. Finding a sweet spot for the price that undercut Ford and General Motors' cheapest models while still making money for the company would have been tough. But with everything laid out, it's sad to see how the Playboy Automobile Company was kneecapped before it really had a chance, even if its early demise paved the way for Hef's iconic empire.

Undoubtedly, Heffner settled on the name Playboy mainly because of its dictionary definition, but we'd also like to think he saw a bit of himself and his business in the little car. A disregard for conventions, possibly. Or the fearlessness to put yourself out there and take a true risk. Or maybe it was that trick convertible roof—classy, but always willing to go topless.