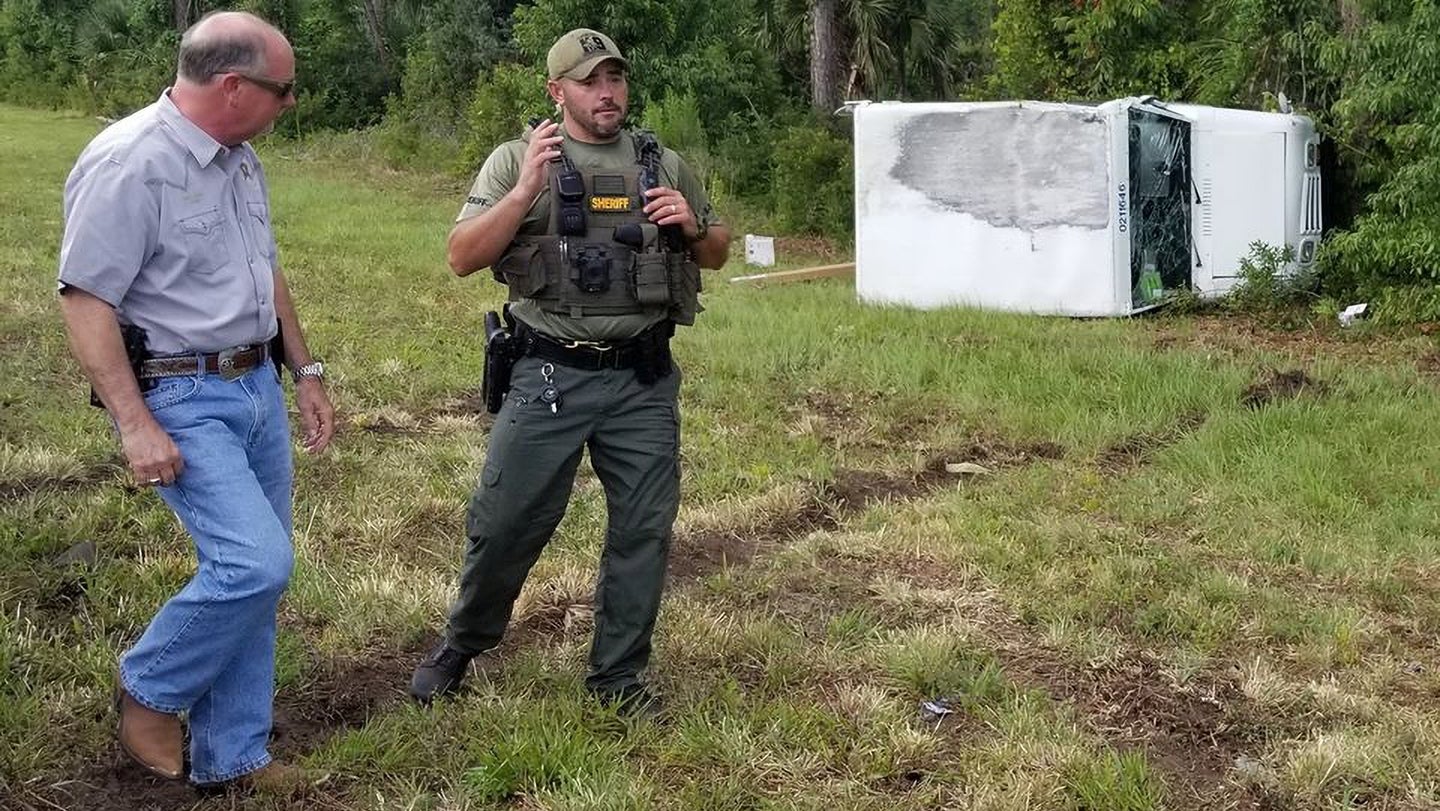 Logically, if you commit a crime and need a clean getaway, you’d try and opt for something that’s at least fast or inconspicuous. However, one Florida man didn’t get either of those memos and was recently arrested for carjacking a United States Postal Service mail truck.

The Flagler County Sheriff's Department reports that 29-year-old Jesse Estep then led police on a highway chase. The mail courier driving that truck said Estep approached her when she was parked outside the Florida Health Care center located in that municipality. He then sprayed her with a can of mace and demanded the keys to the truck before taking off.

Police pursued the truck northbound on I-95 before he crashed around mile-marker 278.

A responding police officer’s body cam captured the raw moments when he threw down spike strips in front of the truck.

That caused Estep to lose control and collide with a guard before eventually rolling over on its side and coming to a stop. The video then captured the police officers pulling Estep out of the back of the truck while apprehending him.

The suspect suffered only minor injuries.

Estep also reportedly told the arresting officers that he was suicidal and claimed to be high on methamphetamines, cocaine, marijuana, “molly,” and pills.

Other reports say that this isn’t the first time Estep has tangoed with law enforcement. He’s apparently been a frequent flier at the Volusia County Jail for the past 10 years with a huge record, including theft, assault on a police officer, and burglary. He can now add grand theft auto, eluding and assaulting a police officer (again), and aggravated fleeing. He is currently being held on a $70,000 bail.