After several hours, police had to spike-strip the modified Acura to make it stop. 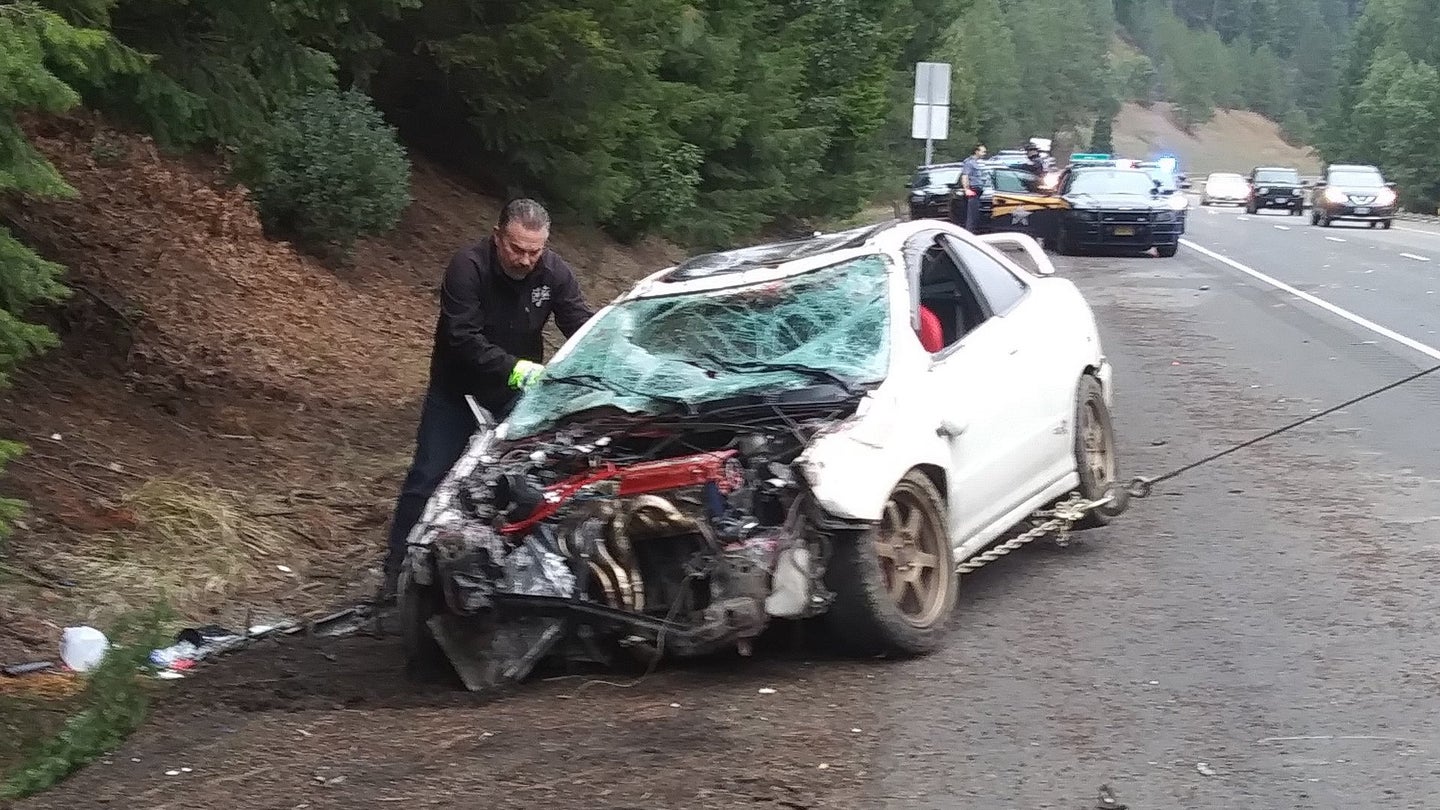 A highly modified Acura Integra that was stolen over the weekend led Oregon police on a chase that reportedly lasted several hours, and ended with the car's unfortunate destruction and the implication of a bystander.

According to a Facebook post from the Acura's alleged owner, who posts under the name Ethan Dsquad, he had his modified 1995 Integra stolen from a gas station at around 2:00 a.m. on Saturday morning. The owner says he spent roughly $15,000 in modifications to the Integra, including an upgrade to the Integra GS-R's B18C1 engine, which ended up making the car extremely hard to catch for law enforcement. Police chased the car for "several" hours, possibly upwards of 10 hours if a timestamped sighting of the car refueling at 12:06 pm Saturday is anything to go by.

The pursuit was allegedly called off at least three times due to the thief's dangerous driving, which authorities answered some time Saturday afternoon with the use of spike strips. The driver hit the spikes and lost control, reportedly hitting a woman in a pickup truck before wrecking the car on the shoulder somewhere near mile marker 79 of an unspecified highway. Whether the bystander was injured is unclear; photos of the crash appear to show authorities talking to a woman who shows no immediate signs of injury.

The Integra, of course, wasn't as fortunate. Multiple images show the car on its side or roof, which partially caved in during the crash. Parts of this GS-R replica may be salvageable, but the car appears to be at high risk of being written off.

Facebook commenters claim the suspect is in custody, and identify him by name and mugshot, though we will verify with the Oregon State Police that this individual was the one arrested before publishing their name. The Drive also reached out to the owner of this Acura for any further details on the theft, and we will update when we receive a comment.

How Honda Is Making Hybrid Cars Lighter, Faster, and Normal