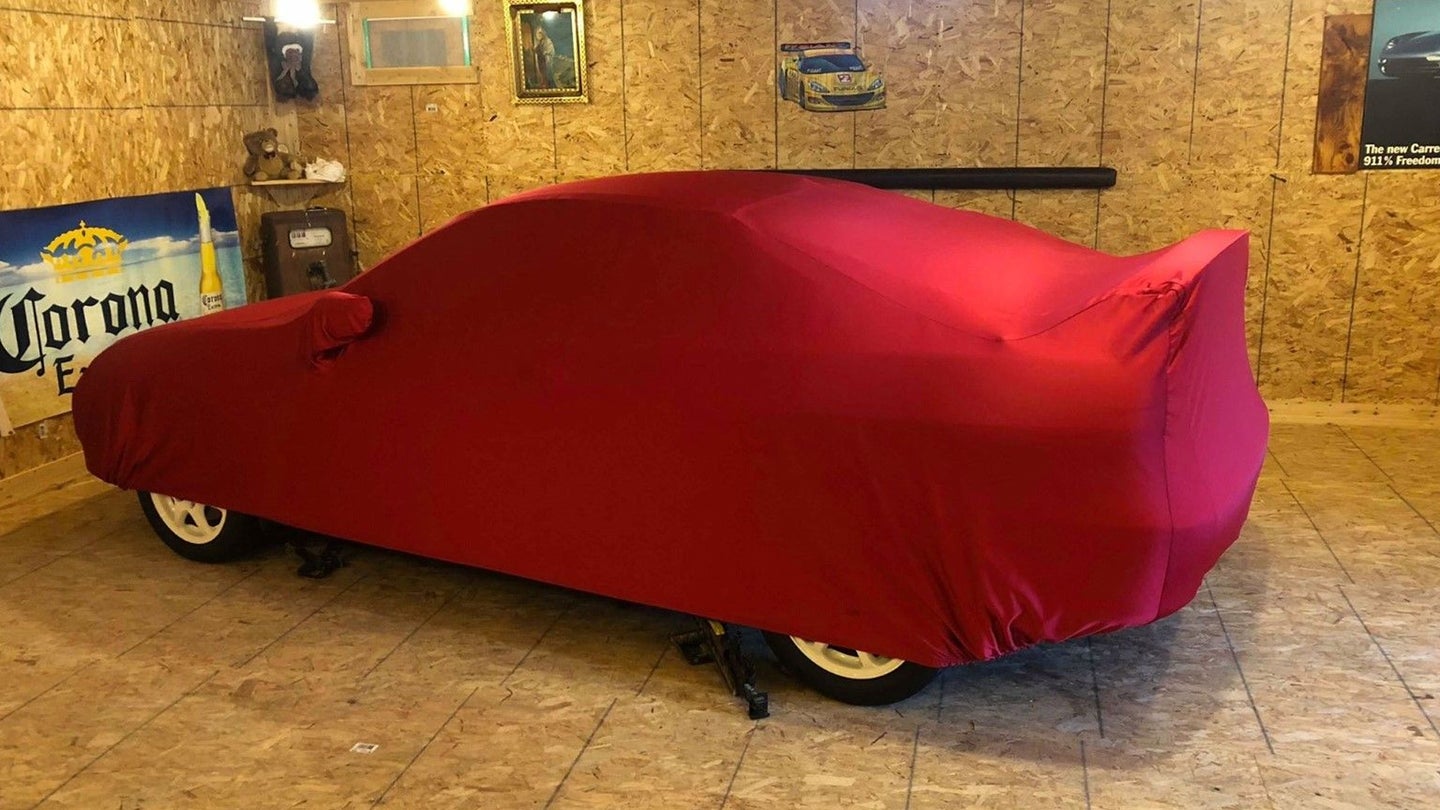 It's no secret that some people have a keen eye for vehicles that will appreciate in value. One Canadian man found himself face-to-face with his own personal wealth builder after acquiring a rare 2001 Acura Integra Type R some time ago, locking the car in a plywood enclosure to protect it from outside forces.

The Integra sits alone in its wooden cell, gazing upon a few wall ornaments and a large Corona poster parked at its brow. The owner, who parked it an unknown number of years ago so nobody would "see or play" with it, reports that the car racked up 82,000 miles (132,000 kilometers) in its lifetime.

Fortunately, the car aged quite beautifully. The listing reports that the car is in near-pristine condition, minus a single noticeable scratch in the finish. It's also believed that the car has all-original paint, "except maybe for the front bumper.”

What makes this car unique, aside from being a Type R, is its color scheme. Finished in beautiful Championship White, the Integra was one of just 250 cars to be sold in 2001 with that shade of paint and equipped with an ultra-rare set of red seats. In fact, the owner claims that he was offered $5,600 ($7,500 CAD) for the seats alone.

The owner says that only modification to the car is an AEM cold air intake, specifically put in place to hear the growl of the gutsy 1.8-liter inline four, which produced a respectable 195 horsepower and 130 pound-feet of torque. So while not all-original, the simple modification could be reversed if the future buyer happens to be a purist.

Interested? The car is currently for sale on eBay for $39,999.99 CAD; he urges US bidders to take advantage of the "low Canadian dollar,” meaning that Stateside, the car would cost around $29,910.99.

Despite this car being stored in a barn, it's hard to call this particular piece a barn find. The past owners certainly took care of the vehicle, and it is a genuinely rare example of Acura's flagship attainable sports car. But is the car worth nearly $30,000? Maybe, but that's for the buyer to decide.