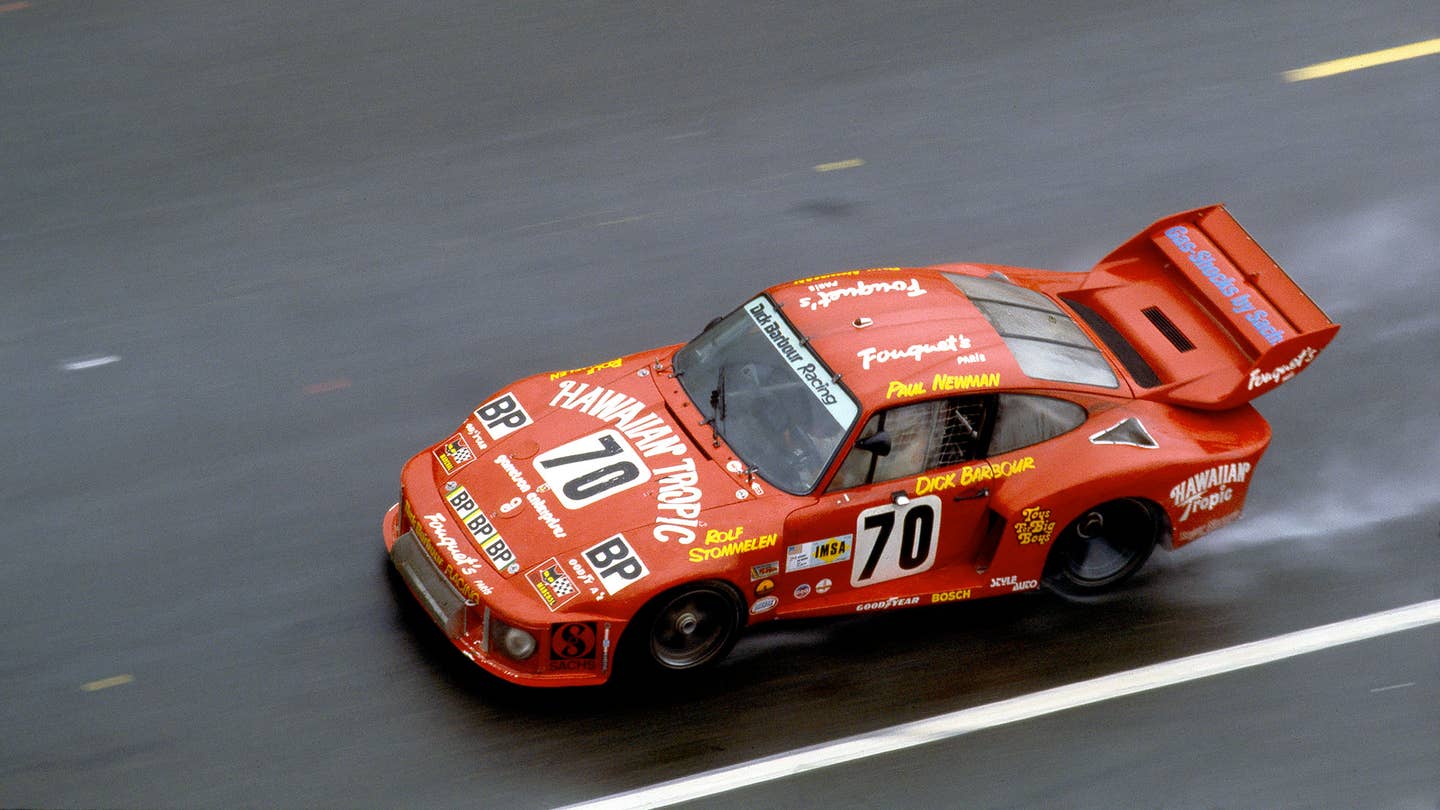 A race car laden with historical and cultural significance like Paul Newman's 1979 Porsche 935 Le Mans car, really, can only be expected to go up for auction in one place: at one of the affairs surrounding the Pebble Beach Concours d'Elegance, of course. Le Mans race cars, '80s rally cars, extremely limited-run production cars, and many other types of the most ungodly attractive and ridiculously valuable cars will be making their rounds at Gooding & Company's Pebble Beach auction this year—though perhaps none are quite as fetching, both historically and physically, as Newman's superbly handsome Porsche Le Mans racer.

This 935, known formally as Chassis 009 0030, made its Le Mans debut at the 24 hour endurance race on June 10th, 1979. The car was owned by Porsche dealer and racing enthusiast Dick Barbour, who also served as one of the car's three drivers alongside Newman and four-time 24 Hours of Daytona winner Rolf Stommelen. The car took home the silver metal in the race, placing second overall; only the Porsche 935 of the factory-backed squad was able to better Newman's own effort.

In 1980, the car was sponsored by Apple Computers and sported the company's well-loved rainbow apple-on-white livery. It remains the only race car the fabled computer maker has ever sponsored. The car went on to win overall at the 24 Hours of Daytona in 1981 and the 12 Hours of Sebring in 1983, though without Newman or the rest of the 1979 Le Mans crew behind the wheel.