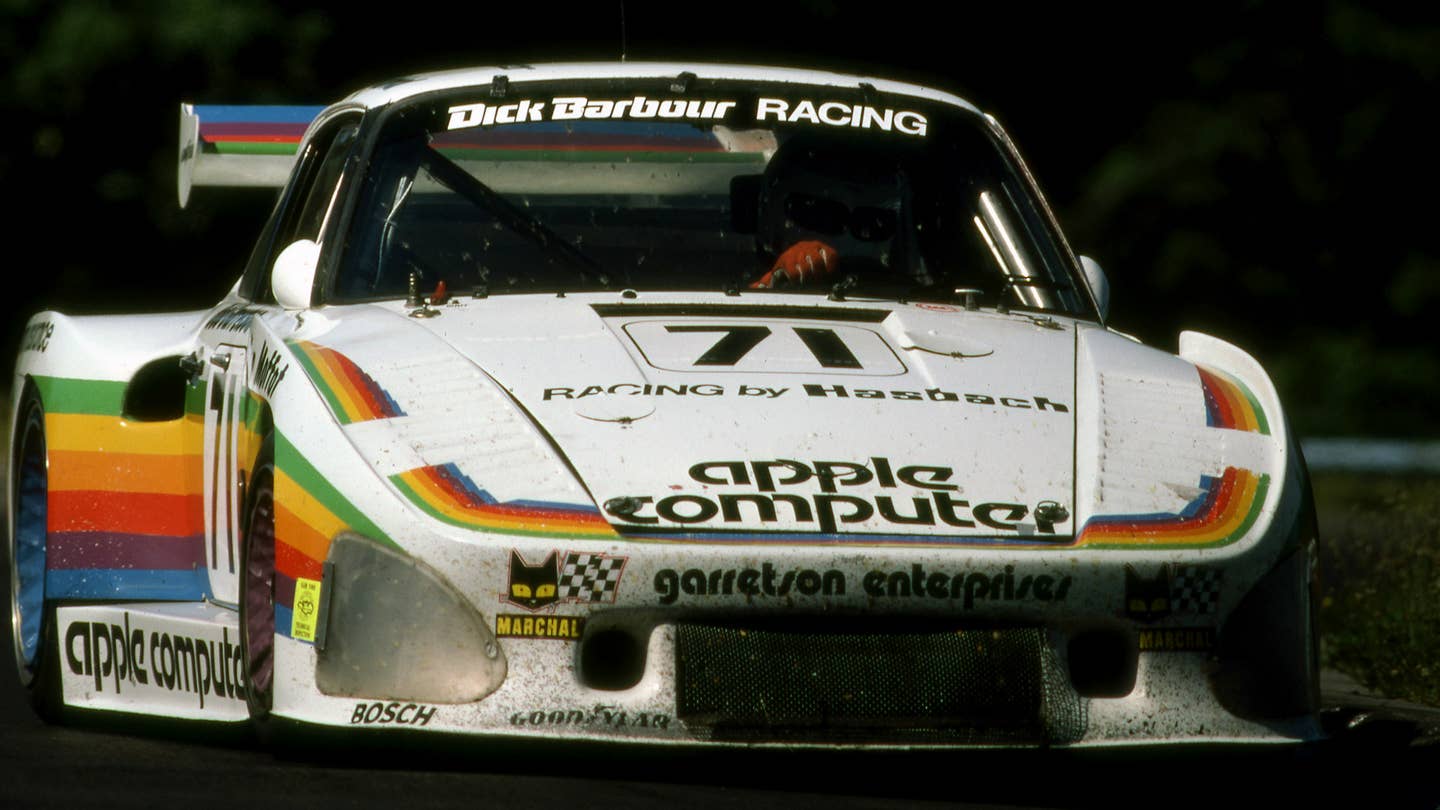 On Wednesday, Motor Trend released a series of teaser images, leading readers and followers to believe it had uncovered the mythical Apple Car. It had not. People are pretty pissed about the bait-and-switch, and rightfully so. But moral outrage isn’t a good color on us. So, instead of focusing on the debacle, we’ll just use it as an excuse to look back at the real Apple Car, which topped out at 215 mph.

That's because it was a racecar. And not just any racecar, either—a Porsche 935 K3, basically 2,200 pounds of twin-turbocharged funk nasty on wheels. To give you an idea just how fast this car is, consider the following: When Road & Track tested a standard 935 in 1977, it ripped off the quarter-mile in 8.9 seconds. That standard car made 590 horsepower. The K3 car, prepared by the Kremer Brothers, made 750 hp, except during qualifying, when it made 800 hp. It also won a lot of races during the late Seventies.

Steve Jobs appreciated that. He was big into German design, a great admirer of Henckles knives and Braun appliances. He parked a BMW motorcycle in the Macintosh lobby in Cupertino as an aesthetic aspiration; at one point, during the Eighties, Jobs even tried Porsche Design to makeover Apple’s computers.

The idea to sponsor a racecar came from Bob Garretson, who ran a race shop in Mountain View, just a few miles from Cupertino. In 1980, Jobs dropped by with Steve Wozniak to have some work done on his 356. They all hit it off. Soon, Apple Computers became the main sponsor for Garretson’s race team.

And, man, what a team. Run by Dick Barbour Racing, the Apple 935 driver roster included Bobby Rahal and Allan Moffat, plus Garretson, who was no slouch himself. The car wore fantastic rainbow livery with the company’s logo on rear fenders, its name running across the side skirts in that lovely old Motter Tektura typeface. A sticker on the back read: “Don’t upset the Apple Car.”

The car’s competition career was brief. It ran only the 1980 season, finishing seventh at Sebring, second at Riverside and Sears Point, and third at Road America, peppered in between with DNFs. But the Apple 935K3 was a fan favorite, and won a cult following at Le Mans, despite retiring after 13 hours. Jobs knew smart when he saw it, and hitching his logo to a Porsche on an international motorsport tour got the word out. It made even more sense a few months later, when the company went public in December, the most profitable IPO since Ford.

So, is there a new Apple Car coming? Eventually, maybe. But there’s no way it’ll be as cool the original. That thing was insanely great.